etusivu / Tapahtumat / Challenges and Opportunities in the Middle...
jaa
jaa
The Middle East is currently experiencing a profound crisis of which the conflicts in Syria and Iraq are both reflections and drivers. There is also a growing potential of destabilisation of neighbouring countries and the wider region. The Arab Spring brought up much hope of progress on meeting popular demands for better standards of living, expanding democracy and freedoms. What is the state of democracy and freedoms in the region today? How can a more stable region after four years of turbulence be achieved? How to balance between stability and change?

The seminar was opened with introductory words by Mika Aaltola, the programme director of the FIIA’s Global Security research programme. Mr. Aaltola underscored how the recent tumultuous events in the MENA region had induced the FIIA to put more emphasis on the region, also noting that in the FIIA the Middle Eastern transformation was often analyzed as a joint effort of FIIA’s research programmes. This was followed by the welcoming words of FIIA’s visiting Senior Research Fellow Mari Neuvonen, the chair of the seminar. Both presented their condolences to the Tunisian people and the families and friends of all those who lost their lives in the terrorist attack in a Tunisian museum just a day before.

In her presentation, Ms. Amel Azzouz, Secretary of State to the Minister of Development, Investment and International Cooperation of Tunisia, first highlighted her important role as one of the persons participating in composing the new, inclusive Tunisian Constitution that must be seen as the initial starting point for any subsequent democratization of the country. Ms. Azzouz emphasized the crucial need to build a dialogue between all political parties, as well as civil society organizations. She then went on to elaborate how the question of equation between change and stability had become the key element in the socio-political process of the MENA region. According to her, what had characterized the region’s societies in previous decades was a fake, superficial stability caused by repressive regimes. Accordingly, this long tradition of repression had now, during the so-called Arab Spring revolutions, resulted in violent change. The main message of Ms. Azzouz was an emphasis on the absolute necessity to find political and social compromises, to accept each other as legitimate components of the society, for example regarding the secular and Islamist constituencies. Thus, in a divided society, sharing power was the only option in the long run.

After Ms. Azzouz’s speech, Seyed Mohammad Kazem Sajadpour, Advisor in Strategies at the Ministry of Foreign Affairs of Iran, presented his thoughts about Iran’s regional role, as well as the nature of Iran as an Islamic Republic. Mr. Sajadpour’s goal was to provide a conceptual framework to analyze Iran’s role within the region and the world. After emphasizing the highly heterogeneous geopolitical environment of Iran, with its 15 neighbours belonging to different sub-regions, he underscored three points about how to best understand Iran’s current role. First, Iran’s ascendancy, which was made possible by its enduring, three-thousand-year-long state tradition and civilizational identity, as well as the structural changes brought by the collapse of the Soviet Union and the Iraqi Baath regime. Second, there was a process of accepting Iran, which meant that influential actors had become to realize that the Islamic Republic of Iran was here to stay, and that its policies might become justifiable in the eyes of the dominant actors. Third, according to Mr. Sajadpour, what was currently happening was a process of accommodatingIran within the international system. This was defined by Mr. Sajadpour as a real ”game changer” in the Middle East, because the fear of Iran had until now been one of the characteristic elements of the Middle Eastern international system.

The next speaker, Mr. Osman Faruk Loğoğlu, Member of Turkish Parliament representing the Republican People’s Party and long-time diplomat, also took as his point of departure the imbalance between challenges and opportunities in the MENA region. Mr. Loğoğlu enumerated the various problems that have plagued the MENA region during the previous decades. These included severe economic inequalities, high unemployment rates especially among the young, low income groups and even daunting poverty, low participation of women in economic and political life, political systems characterized by authoritarianism and sectarianism, excessive emphasis on security at the expense of social and political rights of the citizens, and the exclusion of women and minorities. In addition, Mr. Loğoğlu pointed out some other factors that were hampering the MENA societies, such as the enduring Arab-Israeli conflict that perpetually produced insecurities and violence, as well as water scarcity and the enormous number of refugees in the region. After this, Mr. Loğoğlu went on to argue that the external powers had proven themselves completely inapt to solve the problems in the MENA region. He also called for a much more coherent cooperation among the regional powers, such as Turkey, Iran, and Egypt in this regard. However, according to Mr. Loğoğlu, the situation was not hopeless, as the Turkish experience of previous eras, and the Tunisian example at the present moment were both demonstrating. In short, developing a participatory democracy in the region was not undoable. Succeeding in this, however, requires the consistent adoption of three principles; 1) secularism, that is, the unambiguous separation of state and religion – mixing these two had proven to be lethal; 2) gender equality, that is, there could be no progress without empowering the women as social and political actors; 3) regional ownership, that is, the MENA countries’ problems can only be solved by these countries themselves, not by foreign interventions. As a concluding mark, Mr. Loğoğlu emphasized that education based on knowledge is the central issue, without which no progress is possible.

The last presentation was delivered by Dr. Amr El Shobaki, an Egyptian columnist, think-tank director and a former member of the Egyptian parliament. Mr. El Shobaki’s focus was on the centrality of a national state as a necessary precondition to any democratization attempts in the MENA region. The crucial thing to observe, then, was that no democratic process was possible without a functioning nation-state, and its basic institutions providing security and rule of law. Accordingly, Mr. El Shobaki underlined that what was now needed was a reform of the state, not the destruction of the state. The problem was that in their search for more freedoms, some of the Islamist groups attacked the very foundations of the state, and this resulted in a situation where the country was filled with numerous armies and militant groups, all wishing to mold the areas under their rule according to their partisan views. What needed to be done was the inclusion of those moderate political Islamists who were willing to accept the basic human and civil rights of all citizens, including the religious minorities. Thus, all groups willing to participate in the legitimate political process were obliged to accept a civil Constitution and universal human rights. This, according to Mr. El Shobaki, means that those Islamists who reject these principles and aim to destroy the national state cannot be included in any future political process. Excluding the radical Islamists willing to destroy the national state, all political parties should be integrated into the political system – this provided the recipe for success in the region.

After the presentations the floor was opened for a Q&A session, during which the audience presented questions regarding the nature and requirements of major political revolutions, including whether or not a more gradual transformation was possible in the MENA circumstances. Other topics included the role of women in the MENA region, the role of the Sunni-Shia distinction in the political struggle, as well as the problems caused by massive waves of refugees confronted by the regions’ states, especially Turkey. 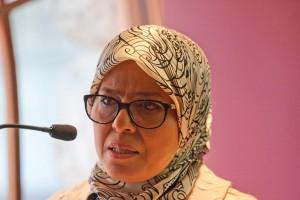 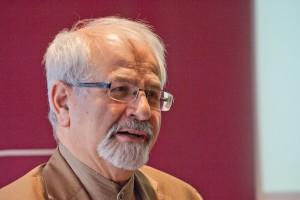 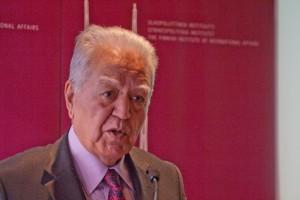 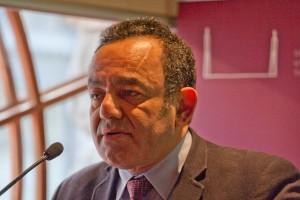 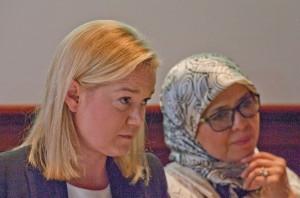 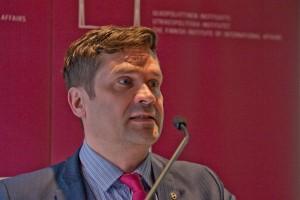 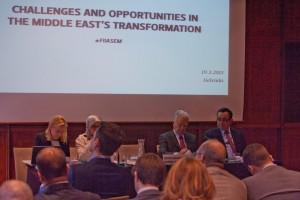