The China Research Days took place in Helsinki on 11 and 12 October 2012, organized by the Finnish Institute of International Affairs (FIIA), co-sponsored by the Joel Toivola Foundation and with the support of the University of Turku. The event brought together five eminent experts from Asia and Europe, as well as the China-research community, and other interested parties. The first day comprised a seminar focusing on two highly topical issues, namely the South China Sea in the morning session, and China’s upcoming leadership transition and its foreign policy implications in the afternoon. The second day was dedicated to enhancing cooperation among China-researchers based in Finland and engaged in research related to the Chinese society at large. The day began with a closed session elaborating further on the themes of the first day. In the afternoon, there was a researchers’ round-table discussion.

Welcoming remarks to the China Research Days were delivered by Dr Teija Tiilikainen, Director of the FIIA; and FIIA researchers acted as moderators of the different sessions.

The opening session of day one (chaired by FIIA researcher Jyrki Kallio) on the South China Sea (SCS) highlighted the hotly contested issues in the region, including conflict over resources, sovereignty and global trade flows.

Jo Inge Bekkevold of the Norwegian Institute of Defence Studies, the session’s first speaker, raised three main points: the overall consistency of China’s SCS policy in the long term, China’s military transition from a land-based power to a sea-based power, and the geopolitical conflicts that may emerge, particularly with the United States. Looking ahead, Mr. Bekkevold noted that if China maintains its consistency and insists on its claim, naval skirmishes are expected to continue. He also stressed the possible effects of China’s need to change its economic model to a more consumption, innovation and welfare-based model, and pointed out the dangers of rising nationalist sentiments among Chinese citizens.

Next, Lê Đihn Tinh of the Diplomatic Academy of Vietnam, concurred with Mr Bekkevold that the risk for skirmishes is increasing. As such, he suggested a conceptual shift from conflict settlement to conflict management, as the conflicting claims of each country are too difficult to reconcile. Mr. Lê hoped that conflicting parties would be able to agree on a Code of Conduct (COC), emphasizing an expanded role for regional institutions such as ASEAN.

Professor Li Mingjiang of the S Rajaratnam School of International Studies, in the final trigger presentation of the session, concluded that, if anything, China would not become less assertive in the days to come. He expressed concern about a lack of direction and leadership in the SCS, and though he hoped a COC would be agreed upon soon, he underlined the importance of a COC as a process rather than something that should be achieved in a single meeting.

During the discussion, all speakers expressed concern over the lack of conflict management measures, such as the absence of effective lines of communication between the US and Chinese militaries, and the lack of agreement over what should happen should someone ”accidentally pull the trigger”. Panelists also briefly discussed the viability of alternative understandings of China’s claims in the SCS, as presented by Professor Li.

The second session of day one (chaired by FIIA researcher Dr Mikael Mattlin) on the leadership transition and its effect on China’s foreign policy, began by asking who make up China’s next generation of leaders, and how much power they have to change domestic and foreign policy.

Professor Ren Xiao of Fudan University began by presenting eight likely candidates for the seven potential spots in the politburo standing committee; Professor Ren briefly introduced what little is known about each politician’s background as well as the potential seat that they might take in the government’s leadership.

Professor Zhang Baohui of Lingnan University, Hong Kong spoke next, outlining the broader political landscape of the leadership transition. Professor Zhang emphasized the institutionalized nature of collective decision-making at the highest level of governance, citing that politburo standing committee members vote and strictly obey majority rule on the most vital matters relating to foreign policy. In addition, Professor Zhang downplayed the perception that factions within the government are a major factor, with no significant ”jockeying for position”, as is commonly assumed by some western scholars and media outlets. Professor Zhang also noted that China is a 21st-century power, and that as China pursues expanded power, similar to other states, it will not pursue territorial power, but rather aim to acquire financial and economic clout.

The discussion that followed included a conversation about China-Japan relations and the disputed Diaoyu (Senkaku) Islands.

Day two included two closed sessions, which followed the Chatham House rule of confidentiality. The first closed session (co-chaired by FIIA researchers Dr Bart Gaens and Jyrki Kallio) included invited China-researchers based in Finland as well as the previous day’s speakers. The discussion first focused on whether China is a revisionist rising state. Some maintained that all great powers struggle to create a system structured in their interests. As for the future of China’s domestic politics, some speculated over rumors that Chinese leaders, including Xi Jinping, are making serious plans for political reform, quite possibly based on a variation of the ”Singapore model”. The nature of modern warfare was also discussed, along with the potential for cyber warfare. Some held that economic warfare is already being waged by China against Japan, and economic warfare might increase with other states in the future.

The second closed session on day two (chaired by FIIA researcher Dr Mikael Mattlin) was held with the invited China-researchers based in Finland. In this session, scholars discussed the various domestic challenges facing Chinese society, including a slowing economy in need of structural change, environmental strain, and civil discontent. Scholars also explored the potential for widespread, organized civil unrest. Scholars furthermore discussed the future of China-EU relations, as well as the future of China-Finland relations, exchanging and developing strategies for improving China research in years to come. 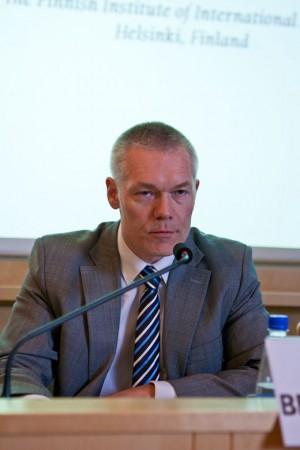 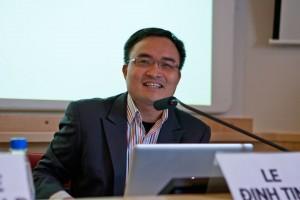 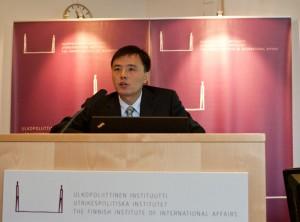 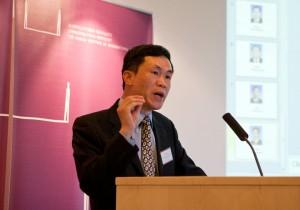 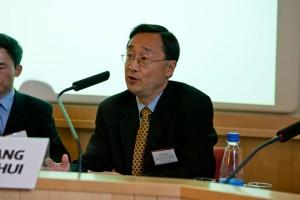 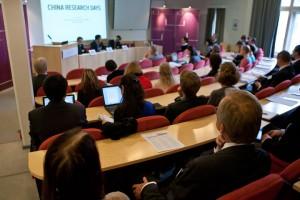