Speaker: Dr Tobias Feakin is Director of the Homeland Security and Resilience department at the Royal United Services Institute for Defence and Security Studies (RUSI). He is also leading RUSI’s ’Climate Change – The Global Security Impact’ research programme. RUSI has recently published the report ’Delivering Climate Security: International Security’ concluding that the security responses to climate change have been slow and inadequate.

Comments: Dr Anna Korppoo is a Senior Researcher in the programme of ”International politics of natural resources and the environment” at the Finnish Institute of International Affairs.

Dr Tobias Feakin, RUSI, presented climate change as a new type of security risk which challenges the traditional state-centric interpretation of security as the threats cannot be contained within national boundaries. The security aspect of climate change has been especially recognised in the US debate.

He stressed that climate change tends to act as a force multiplier as it is usually not the sole cause of a conflict but exacerbates the existing tensions. According to Feakin, climate change induced security issues so far include the following:
1) Resource scarcity due to draught or changed weather patterns –can lead to violent protests/conflicts between groups (e.g. Darfur & Somalia)
2) Strains on social cohesion due to mass migration, both in the origin and destination-states of the migration
3) Threats to resource access (e.g. Persian Gulf, Caspian Sea, Central Asia).
4) Water scarcity complicated by the large number of trans-boundary rivers, where pollution or water abuse has downstream effects experiences in other jurisdictions.
He argued that countries need to build resilience at national and international level, develop multilateral resources to deal with climate security issues, rethink the structure of global energy supply and demand, try to connect adaptation to economic growth, and focus on adaptation and mitigation which are vital.

Discussion: The main benefit from the securitization of climate change is the added political value the issue gains which can help to sharpen up the responses of governments. But it is difficult to decide how to draw the line between the concepts of traditional and non-traditional security even though climate change related threats are not abstract. However, it would be important to define the concept of security accurately related to economic and social issues. Climate variability is also an important factor as often natural weather events are labelled as consequences of climate change even though this cannot be proven.

Also the ‘environmentalization’ of security issues should be considered i.e. that a traditional security issue is presented as an environment related problem without adequate evidence. An example of such a case is the loss of the traditional negotiation patterns in Darfur when the Sudanese government started supporting one of the tribes by providing fire arms. This was rather the main reason for the conflict than climate change even though Darfur has been labelled as the first climate war. More research is required in order to judge how climate change contributes to conflicts and when this contribution is exaggerated.

Military thinkers may be more sensitive to the issues of climate change than traditional policy makers due to the longer time horizons they are used to with military strategies. But it remains unclear how the security organisations could adapt to this new role, for instance, reducing their carbon emissions which tend to be very high. Also their capacity to cooperate with civilian organisations may pose a problem.

Climate security provides new aspects for development policies as aid is targeted to vulnerable populations which are likely to suffer from climate change. Money spent on conflict management is often less cost-effective than that spent on preventing the crises. At the moment it is difficult to decide how to target the available adaptation budget. One of the basic questions is whether to tackle climate change or poverty. Reducing poverty could reduce population growth which is driving climate change.

Adaptation and mitigation measures can be combined or separate measures. It is important to prioritise which impacts of climate change to respond first. Critical infrastructure could be one of the first targets. However, it is also important to retain adequate attention on mitigation measures which are required regardless of any adaptation efforts.

The impacts of climate change to the Arctic is characterised by the melting of the sea-ice which can open access to the northern shipping routes and new deposits of natural resources. However, no major security concerns are expected as a resource war between the Arctic countries seems unlikely while the threat posed to the Arctic environment by increased shipping and mining seem to be a more relevant problem. 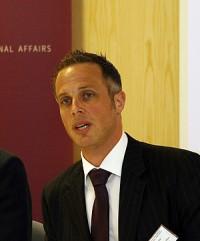