The Chinese Communist Party is attempting to patch the chinks in its rusting spiritual-ideological armour with a mix of values adopted from traditional schools of thought, especially Confucianism. The Party is reinventing the past in ways that makes its rule of the unified, multi-ethnic Chinese nation seem like the natural continuation of a 5,000-year-long history. A vigorous debate has arisen, engaging both the proponents and opponents of the Party line. How is the Communist Party utilizing history and tradition to strenghten its legitimacy? What is the role of Confucianism in the Chinese society today? And can the public participate in political debate in China?

The seminar marks the launch of a FIIA report on these questions compiled by Mr Jyrki Kallio.

Dr Matti Nojonen, researcher at the Finnish Institute of International Affairs, opened the seminar by introducing the speakers and by saying that the seminar would be dealing with one of the core issues in Chinese politics: China is ruled through ideology, and legitimacy for power is based squarely on ideology. Changes in the last twenty years or so in China have eroded some of the former ideological base of the Communist Party, and in an effort to restore some of it, Confucianism, as it is used and understood by the Party, has seen a revival. The seminar also marked the publication of the FIIA report by Mr Jyrki Kallio on the topic.

Mr Jyrki Kallio, Special Adviser at the Finnish Institute of International Affairs (Sep 2009-Aug 2010), opened his presentation by pointing to a contradictory phenomenon in China at the moment: though Confucianism was for many decades criticized by the Communist Party, recently a statue of Confucius was erected on Tiananmen Square. Also large scale Confucian ceremonies have been staged publicly, and even a peace price was named after the philosopher. The FIIA report explores precisely this phenomenon, explaining the background to the discussions around Confucianism at the moment.

Political legitimacy in China, Mr Kallio noted, is based on the ideal of maintaining unity, which further depends on three, rather shaky legs. The first is ideology and communism. There is something of a spiritual or ideological vacuum in China, and the Party has become a source of networks instead of an ideological organ. Secondly, while economic growth is vital, it is potentially weakened by rising unemployment. Finally, stability and territorial integrity must be maintained, which is why the restlessness in Xinjiang and Tibet for example has been met with such nervousness by the Communist Party. Out of these three legs ideology is the weakest one, and here lies one motivation to why history and tradition are increasingly used by the Party leadership to bolster its legitimacy. So called “traditional culture and leaning” is being promoted by the Party, steering attention away also from cultural influence coming from the West.

History has always been used as a line of argument in Chinese political life, and one of the most striking manifestations of this is the re-invention of a seemingly unified 5000 year continuity of the Chinese nation. In this vein the minority nationalities in China are presented as Chinese nationalities that belong to the one Chinese nation. Some Chinese specialists argue that it is simply ahistorical to claim that vast areas beyond “China proper” (as the core regions of all Chinese dynasties are sometimes called), such as Tibet, Taiwan, Mongolia and Xinjiang, would have been parts of China since time immemorial when in fact their inclusion under effective Chinese rule is much more recent. Though such definitions might seem trivial from the outside, in Chinese political discourse these narratives of national unity hold great power.

Reference to tradition has been used in China to promote patriotism and nationalism in a way that avoids the risks of nationalistic feelings. However, there is always still the risk that attempts by the government to promote patriotic education for example might backfire as an unintended reaction from the public. Today the term “harmonious society” is used on several occasions when the party makes reference to its policies. In contrast, censorship has been dubbed “harmonization” by the people which is a sign that the government propaganda is losing its effectiveness.

When the Party is promoting “traditional learning”, Confucianism plays a central role. In the need to revive and reinvent Confucianism to suit its present use, the birthday of Confucius has for example become a celebrated event. Nevertheless, the main question of “what is original Confucianism” is difficult to answer: is it a collectivist ideology promoting unity, or a pluralist one providing a base for democracy?

Professor Torbjörn Lodén from the University of Stockholm started his presentation by congratulating Mr Kallio for an accomplished study on the role tradition plays in Chinese politics. In the past few decades there has certainly been great economic growth but changes have not been confined to the economy only: culture and people’s values have also undergone significant changes, and the process is ongoing. Politics in China are different now than for example 20 years ago even though China is still ruled by one party, Professor Lodén said. He agreed with Mr Kallio in that China no longer speaks with one single voice: though the Party ideologues are very vocal in putting forth an orthodox historical narrative, they can no longer control the discussion as before.

China’s modernization, prof. Lodén noted really started as a response to foreign threats (real or imagined) in the 19th and early 20th century. Hence the Communist Party has from the beginning been almost obsessed with unity and sovereignty. While Mr Kallio attributed this “obsession” to being rooted in Chinese traditional discourse, Prof. Lodén mentioned that another reason might be the fear of history repeating itself. During the greater part of the 20th century it was seen necessary by the Communist Party to get rid of traditional culture, and professor Lodén wondered if this has lead to a lack of self-esteem in China. Maoism in the end failed dismally and the policy of reform and opening up can be seen as a final farewell to Maoism, marking a radical departure from Mao; still, criticism of Mao or his policies is not to this day allowed. By bringing Confucianism back, the Party signaled that the “struggle-philosophy” was over and unity was the new goal. With newly acquired wealth and power in the international stage, there has been a turning to tradition as a way of anchoring a sense of identity, pride and self-esteem in China, prof. Lodén concluded.

Professor Lodén also touched upon the relationship between democracy and traditional Chinese though. If one approaches the comparison through Abraham Lincoln’s words that government should be “of the people, by the people and for the people”, some of the same ideas can be found when reading classical Chinese texts; there is for example evidence in Confucian tradition that a good ruler should focus on the wellbeing of its citizens. But, the idea of “by the people” i.e. a democratic process is not present in classical Chinese literature. Whether Confucianism will become an underlying force in China is, however, impossible to know for certain. Today there is not much left of Marxist-Leninism or Communism save the system of one party rule, but it seems likely that the renewed interest in tradition will continue. To this Mr Kallio responded that there may not be much room for other kinds of interpretations of Confucianism than the ones allowed by the Party.

Finally Professor Lodén said that China really suffers from the orthodox historical narrative crafted by the Party; the way history from the past 100 years is treated does not allow for much discussion. The problem according to Prof. Lodén is of social psychology: too many people want to forget the Maoist regime altogether and an honest investigation is not possible.

In the general discussion part of the seminar several good questions were raised that further broadened the themes discussed. One audience member raised the question of what professor Lodén had meant by saying that China had taken “steps” towards democracy. Prof. Lodén responded by saying that for him “democracy” can be achieved only when for example there is universal suffrage, free and general elections, a multi-party system and a free media, just to name a few. But, he continued, you can still talk about “steps” towards it as there is now a higher degree of popular participation allowed, the media has had positive developments and the party is internally more pluralist; democracy should rather be seen as an “ideal type” to move towards. Prof. Lodén also noted that while pluralism of the Chinese nation can now be discussed, the unity of the state cannot in any way be discussed let alone questioned; this stems from an insecurity of the Chinese leadership over how events such as instances of regional unrest might effect their ruling position. Mr Kallio added that “federal” ideas have existed in the local level, and the idea of pluralism of the state is also present in Confucianism.

Another theme that raised a lot of interest in the audience was the suitability of Confucian thinking, in particular in the classical sense, into the China of today and modern society in general. One comment in particular raised the difficulty of reconciling the Confucian near contempt for trade and industry with the present economic growth and encouraged entrepreneurship. Another commentator proposed that Confucianism as it is articulated today, both by the party and the population, will increasingly effect the way the Chinese see the world, as well as giving new ways to define a Chinese identity – perhaps giving rise to a sense cultural superiority. Professor Lodén responded by saying that certainly some elements of Confucianism cannot be reconciled with modernity and its stance towards trade and industry is one. The solution to these kinds of conflicts cannot be found by reading classical texts, but rather modern Confucianism is a case of “forgetting” certain, ill-suited principles of classical Confucianism. Confucianism is in the end a flexible and sometimes contradictory system of though, as any large traditions tend to be, including Christianity. Prof. Lodén continued that rapid Westernization is an even more important trend in China, and this in turn helps nourish interest in indigenous Chinese traditions – an important paradox. China despite everything continues to look to the West, to liberalism and to democracy.

Finally, a question was raised on whether it is possible to identify possible power bases for Confucianism. Both Professor Lodén and Mr Kallio agreed that Chinese leaders are pushing for what is called Confucian values, and if looking for a concrete power base, then the top Communist Party leadership might be called that. There is vast funding and support available by the government for the study of traditional learning and Chinese history, and institutes for national learning in particular are mushrooming all over China at the moment. 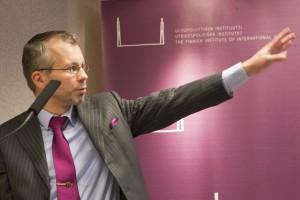 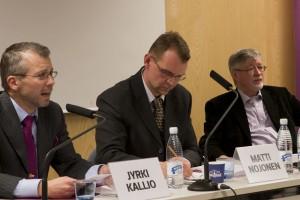 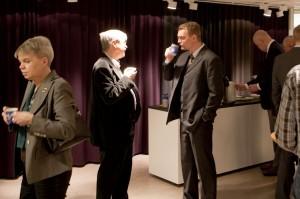 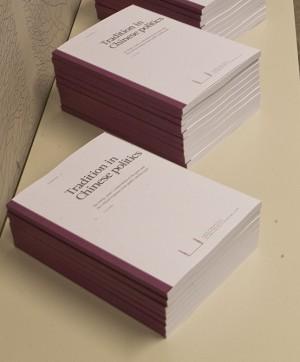