Current Challenges to International Criminal Justice
ICC ten years after adoption of the Rome Statute
Seminar
12 June 2008 at 14.00 – 16.00
Auditorium of the new Annex Building of the Parliament

This summer marks the ten-year anniversary of the adoption of the Rome Statute of the International Criminal Court. Since the entry into force of the Statute in 2002, a new court structure has been set up in The Hague, and upon referrals by relevant countries and the UN Security Council, the Prosecutor is investigating situations in the Democratic Republic of the Congo, Uganda, the Central African Republic and the Sudan (Darfur). The Court is about to launch its first trial later this year.

This seminar, organized by the FIIA in cooperation with the Ministry for Foreign Affairs, aimed to investigate the current challenges facing the ICC and international criminal justice.

President Kirsch began his presentation by acknowledging Finland’s strong and consistent support for the ICC. He then proceeded to outline the developments that led to the adoption of the Rome Statute in 1998 and the establishment of the Court in 2002. The adoption of the Statute was a historic event that has been described as the most important advance in international criminal justice since the 1940s. Today, 106 States are parties to the Rome Statute, and the ICC forms the centerpiece of an unprecedented system of international criminal justice. Its value lies not only in providing a venue for investigating and prosecuting international crimes, but also in providing a deterrent effect by showing to potential perpetrators that they can no longer expect to carry out their crimes with impunity.

The ICC is currently carrying out investigations in four situations and its first trial is expected to commence later this year. Nevertheless, the Court, its States Parties and other supporters are facing a number of challenges. Among these, the most critical is ensuring that the Court has the cooperation and support it needs, in particular in relation to arrest and surrender. The Court has no means of executing the warrants it issues. This is a duty the States have taken upon themselves when becoming parties to the Rome Statute. The Court will continue to do its part to act fairly, impartially and independently.

In addition, there are other challenges facing the ICC. Firstly, the ICC must, as all Courts do, resolve difficult questions of interpretation and application of the law. The Statute and other relevant documents leave much for the Judges to decide. Secondly, the Court must overcome difficulties arising from the fact that it operates in situations of on-going conflict. These difficulties relate to investigating alleged crimes and to ensuring the safety of witnesses and victims. Thirdly, the Court and the States Parties must come into terms with the limits of the Court’s capacity. It must be remembered that the main responsibility for prosecuting and sentencing war criminals remains with national courts, as long as they are able and willing to do so effectively.

Ms. Lehto began her commentary with a retrospective look to the adoption of the Statute. It was indeed a historic event and a normative leap that would not have been possible during the Cold War, and might not be possible if attempted today. Fortunately, the international community took advantage of this rare window of opportunity. Today the Court’s system stands fully operational with 106 States as Parties to the Statute and the first trial about to begin. The ideas of justice and accountability have been institutionally anchored at the international level and have been more broadly embraced than ever before. There is good cause for optimism.

Finland and the other EU Members States share a common understanding of the importance of continued support for the Court. They have taken different actions promoting the universality of the Court, protecting the integrity of its Statute and providing the necessary practical and political support for the independence of the Court and its effective functioning. Finland has adopted legislation which allows for full and effective cooperation with the Court as well as for the possibility of national trials under the complementarity principle.

Ms. Kaila recognized the importance of the Court in both bringing perpetrators to justice and providing a deterrent effect, but voiced the concerns of Amnesty International over the limitations of the Court’s jurisdiction and the failure of States to provide the support the Court crucially needs. Major powers such as Russia, China and India have not become Parties to the Statute; the US has actively campaigned against the Court. Furthermore, even of the States that have ratified the Statute very few have any national legislation in place for ensuring the full implementation of the duties imposed by the Statute. These problems are highlighted by the situations in Uganda and Darfur. Arrest and surrender warrants issued by the Court have had no effect, while the idea that peace takes precedence over justice still prevails.

In the open floor discussion, questions concerned the relationship of the Court and the UN Security Council, gender balance of the Court’s judicial personnel, universalisation of the Statute, the definition of torture in the Statute and international human rights law, the Court’s outreach programme and the position of victims as well as the relationship between peace and justice. 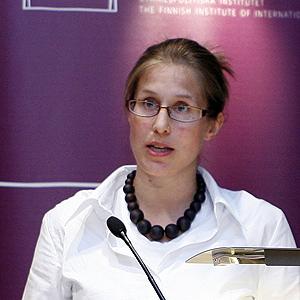 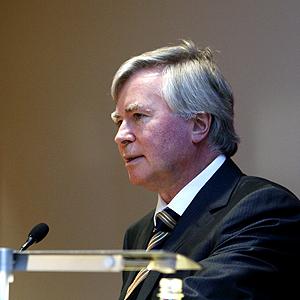 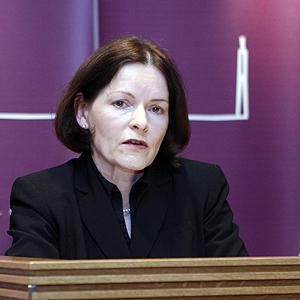