Does the EU need a new security strategy? This question has been frequently raised in Brussels and several EU capitals. Proponents of a new strategy have suggested that the Lisbon Treaty reforms and changing external environment call the EU and its member states to revisit the existing security strategy agreed in 2003 and updated in 2008. Opponents of a new strategy have noted that the current political climate is not favorable for it, and the EU should rather concentrate its efforts to implement the Lisbon reforms and deliver. In the absence of an official EU commitment to a new strategy, the foreign ministers of Sweden, Spain, Poland and Italy have initiated a think-tank based project on the European Global Strategy. What are the broader objectives of this project? What would be the pros and cons of the strategy work?

Dr Björn Fägersten is a Research Fellow at the Swedish Institute of International Affairs(UI). He joined UI in 2008 after a year as a research fellow at Harvard University’s Kennedy School of Government. He received his Ph.D. in Political Science in 2010 from Lund University. He has also held a research fellowship at the European University Institute (EUI) in Florence. Dr Fägersten’s research deals with security policy and the design of international institutions. His expertise includes intelligence issues, European foreign and security policy, European integration, political risk management, theories of international relations and institutional theory.

Dr Constanze Stelzenmüller is a Senior Transatlantic Fellow with the German Marshall Fund in Berlin. Previously, she was Director of GMF’s Berlin office (2005-2009), and a reporter and international security editor with the weekly DIE ZEIT in Hamburg (1994-2005). She is an international lawyer by training. She writes about a broad spectrum of issues, including German and European foreign and security policy, transatlantic relations, and defense. She is regularly interviewed and quoted in European and American news media. She chairs the German section of Women in International Security (WIIS.de) and the academic advisory council of the German Foundation on Peace Research. 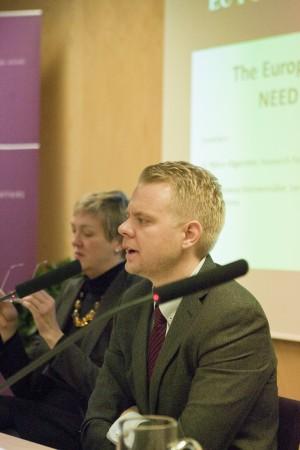 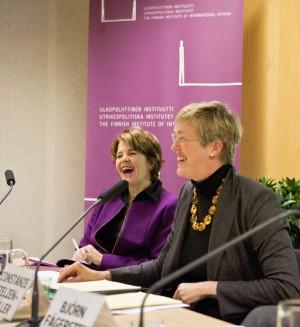 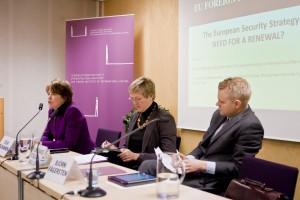