Since 1990, at least 18 violent conflicts have been fuelled by the exploitation of natural resources like timber and diamonds, or the scarcity of key resources such as land and water. What are the major environmental linkages to the conflicts in the countries studied? What role do natural resources play in peace talks in post-conflict countries and regions? How can a post-conflict country benefit from high-value resources as part of the peacebuilding process?

Mr. David Jensen, Head of the Policy and Planning Team, UNEP’s Post-Conflict and Disaster Management Branch
Presentation of UNEP’s new flagship report:
”From Conflict to Peacebuilding: The Role of Natural Resources and the Environment”

An open discussion will follow after the panel debate.

Ambassador Markus Lyra opened the discussion by underscoring Finland’s strong support for the UNEP and, in view of Finland’s 2008 chairmanship of the OSCE, saluted the presence of the latter organization in the field of the environment.

Achim Steiner acknowledged the sea change in policy that was brought about by the recent IPCC reports, enabling the creation of a link between security and environmental politics that would have been unimaginable a decade ago. He identified three dimensions along which problems involving both the environment and security might occur: the non-linear nature of environmental disruptions, characterized by sudden tipping points with spectacular outcomes; increasing resource scarcity, likely to become one of the key drivers of foreign and domestic policy; and equity, endangering developed-developing world cooperation due to the “cancer of frustration” over perceived iniquity in present-day international agreements. However, he also identified three means through which the environment may be used to promote peace between parties engaged or about to engage in conflict: impact assessments, because of their neutral scientific language, depoliticize problems while opening up avenues for cooperation,; the state of the environment is a commonality that affects both parties to a conflict; and environmental degradation itself constitutes a threat to economic prosperity.

David Jensen summarized the lessons that UNEP had learned since 1999, when this topic was hardly an issue in peacekeeping. While conflicts damage the environment both directly and indirectly, and natural resources often serve to fuel conflicts, he asserted that the environment can also be used as an opportunity for reconciliation between opposing parties. In his presentation he also drew attention to the recommendations in UNEP’s new report that the UN ought to integrate environment and resource considerations throughout all conflict management pillars.

Goran Svilanovic announced that the OSCE’s Environment and Security Initiative would broaden its priorities in its next phase by incorporating new areas, such as mining, biodiversity, local environmental governance and climate change adaptation. He praised the recommendations in UNEP’s new flagship report, but declared that significant effort still needed to be directed into educating key decision-makers in order to obtain a more powerful mandate in the field of environmental security.

Charly Salonius-Pasternak reiterated Pekka Haavisto’s point about societies’ blindness towards their own actions, but added the proviso sustainability may not necessarily be in everybody’s interest, as “spoilers” may see fit to derail peace processes in order to continue extracting rents made possible by the conflict in the first place. He also criticized the continuing isolation of women in the post-conflict resolution process in spite of UN Resolution 1325, and called for greater involvement of women in the redistribution of resource revenues.

In the question-and-answer session UNEP drew some criticism for not including the problem of population growth in its assessments, but Mr Jensen countered that UNEP’s mandate was set by its member states, and a broadening thereof could only happen given lobbying of governments by their respective electorates. Mr Salonius-Pasternak lent his weight to this matter by adding that high population densities can often create a powder keg of conflict, such as had been the case of Rwanda. A further question enquired about gender sensitivity in UNEP missions, to which Mr Jensen responded that UNEP missions always have gender advisors on the team, and that missions attempt to frame development and environment solutions in gender-sensitive terms. Finally, in a reply to a query about possible imminent tipping points, Mr Steiner chose to stress the interface between the environment and the economy. He pointed out the soaring costs of natural disasters, overfishing, and the danger of runaway methane emissions among some of the more significant hurdles mankind might have to face in the future. 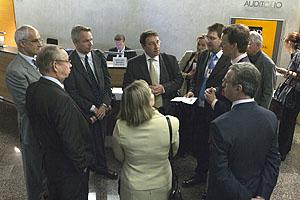 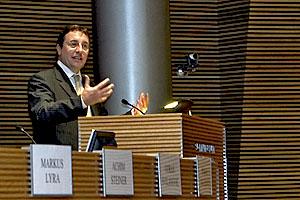 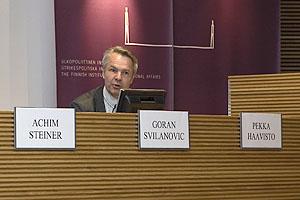 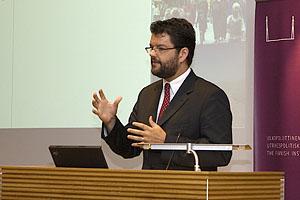 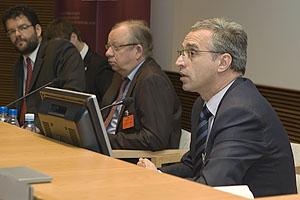