The debate about European economic governance has intensified in the aftermath of the European Parliament elections. Matteo Renzi’s centre-left government and François Hollande’s Socialists push for more fiscal flexibility in the EU, whereas Angela Merkel remains an adamant defender of austerity and structural reforms. How will the current policy debates influence the direction of European economic governance at the beginning of the EU’s new institutional cycle? What kind of solutions can be expected to the economic problems currently faced by the EU and the eurozone? Are there new alliances and cleavages emerging within the eurozone?

Opening remarks:
Teija Tiilikainen, Director, the Finnish Institute of International Affairs
Speakers:
Olli Rehn is the Vice-President of the European Parliament. Rehn received his doctoral degree from the University of Oxford. He has also been in charge of the Centre for European Studies at the University of Helsinki and was an advisor to the Finnish prime minister. From 2004, Rehn served as European Commissioner for Enlargement before being named Commissioner for Economic and Monetary Affairs in 2010 and Vice-President of the European Commission in 2011.

Paweł Tokarski is a Research Associate at Stiftung Wissenschaft und Politik (SWP) and the Polish Institute of International Affairs (PISM). He received his doctoral degree in economics at the Warsaw School of Economics in 2013. His research interests and areas of expertise include stabilization and reform processes in the eurozone, and the economic, political and social situations in Southern eurozone countries.

Comments:
Tuomas Saarenheimo is the Permanent Under-Secretary of the Ministry of Finance of Finland. He has previously worked as Head of the Monetary Policy and Research Unit of the Bank of Finland, and as a member of the Board of Governors of the IMF. Saarenheimo has also worked as a national expert in the European Commission and as a visiting researcher at the National Bureau of Economic Research in the US.
Chair:
Juha Jokela, Programme Director, the Finnish Institute of International Affairs
Summary of the seminar:

The Vice President of the European Parliament Olli Rehn began his presentation with some brief points on the current political system in the European Union and especially the role of the Commission. According to him, after the last elections the system of lead candidates seems to be here to stay, raising expectations for the Commission to mirror the policy lines of the Parliament. Rehn noted that it is still unclear what the new, more clustered structure of the Commission signifies, and what the roles of the vice-presidents in it will be.

Regarding the European economy, Rehn stated that for the recovery to continue, wise decisions are needed. The overall fiscal stance in the eurozone is broadly neutral, and financial market conditions continue to ease. However, low inflation is persisting, and if this trend continues, changes for the recovery of eurozone’s balance are weakening.

There are, according to Rehn, EU-specific factors that are holding growth back, namely well-known, deep-seated structural problems, public and private debt overhangs and ongoing financial fragmentation. No single, simple answers exist for these problems, and Europe needs a combination of structural reforms, fiscal credibility and investment boost. For achieving this, an agenda for jobs and growth is needed. Rehn argued that what Europe needs is a genuine common European solution for the situation instead of narrow national ones.

Paweł Tokarski said in his presentation that the greatest challenges for European economies are in fact on a national level, and thus might be beyond European economic governance to solve. While reforms of the EU are widely demanded as a result of the rise of populism in European politics, Tokarski pointed out that in particular many of the structural problems need to be solved are on the national level. Tokarski painted a rather grim picture of the economic problems of France and Italy, as well as the political prospects for pushing through needed reforms. He added that reforms of economic structures sometimes require reforms of political systems before they are possible.  The next five years will be, according to Tokarski, a test for the European Union’s fiscal course. Perspectives for significant reforms do not look particularly good, however, and any great revolutions regarding the Eurozone should not be expected in the current political cycle.

In the beginning of his comment, Tuomas Saarenheimo reminded that the reasons for monetary crises of the eurozone have commonly been diagnosed as policy mistakes made by EU member states, and thus it has been concluded that the solution should be to prevent them from making these mistakes again. Saarenheimo himself was skeptical about member states deliberately making bad policy decisions, and more importantly about the EU’s capability to direct the states away from making them. The main reason for this is to be found from the relatively weak legal basis regarding the Commission’s sanctions.

According to Saarenheimo, this lack of legitimacy and power lead the Commission and the EU to using soft power in order to direct policies of the member states. This leaves the Union with three options: either to accept these limitations and to provide the EU with more power to implement the needed decisions, which is unlikely to happen, or to try to increase legitimacy of the Union so that it becomes capable of using power legitimately, which would be a very long and difficult task. 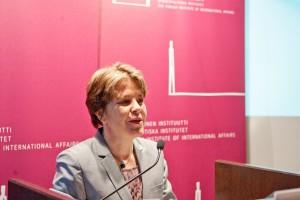 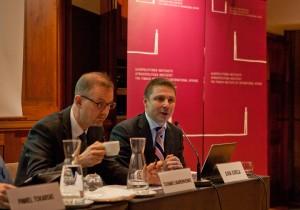 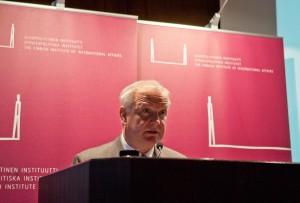