On 27th and 28th of September 2012 the fourth German-Nordic-Baltic Forum took place. The conference was entitled ”EU Responses to external challenges as seen from Germany, Poland, Nordic and Baltic countries and the EU neighbourhood”. Not only experts from the Baltic States, the Nordic States, Poland and Germany participated in the forum, but for the first time also scientists coming from those countries to which the EU policies are addressed. Thus, a fruitful exchange of ideas and opinions among the stakeholders involved on the contents of the European Neighbourhood Policy (ENP) and its perception among the partner states could be achieved.

The expert seminar was organised by the Institut für Europäische Politik (IEP) in cooperation with the Finnish Institute of International Affairs (FIIA) and took place at the premises of FIIA in Helsinki. The conference was generously supported by the Federal Foreign Office and the Finnish Ministry for Foreign Affairs. 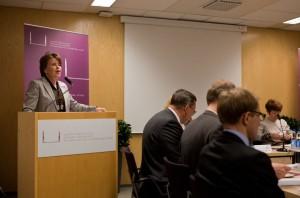 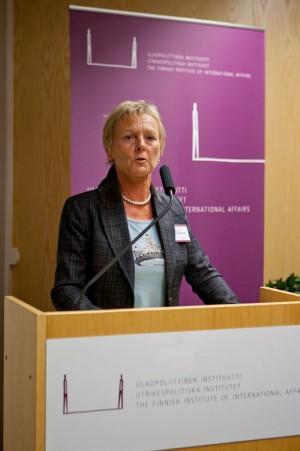 gnbf_2012_conferencereport_siddi Conference report
arkadymoshes__the_eu-russian_strategic_partnership_a_patient_in_a_deplorable_condition Conference paper by Arkady Moshes, The EU-Russian Strategic Partnership: A patient in a deplorable condition
etzold__security_in_and_through_regional_cooperation Conference Paper by Tobias Etzold, Security in and through regional cooperation in the Baltic Sea Region
sieg_the_eus_role_or_absence_in__frozen_conflicts__in_transnistria_and_caucasus Conference Paper by Hans Martin Sieg, The EU’s Role or Absence in “Frozen Conflicts” in Transnistria and Caucasus
haukkala_the_key_security_challenge_in_the_baltic_sea_region Conference paper by Hiski Haukkala, The Key Security Challenge in the Baltic Region Is the Lack of Trust