Reluctantly, but with a new sense of responsibility, Germany has become a stronger player in EU foreign policy. It played a key role in setting up the EU sanctions regime against Russia while trying to forge a solution to the Ukraine crisis. Germany fills a leadership vacuum at the EU level, as the British and French international clouts have declined and the updated Brussels machinery is searching for its foreign policy role. This seminar aims to discuss the consequences of a shift of power towards Germany in EU foreign policy making. Will Germany be able to fill the leadership gap of EU foreign policy while taking into consideration the concerns of all member states? What role is left for the EU institutions in Brussels to shape and represent a common foreign policy? In which direction is the EU heading under an increasing German leadership?

Ulrich Speck is a visiting scholar at Carnegie Europe in Brussels. His research focuses on the European Union’s foreign policy and Europe’s strategic role in a changing global environment. Previously, Speck was an associate fellow at the Madrid-based think tank FRIDE. Prior to that he worked for Radio Free Europe/Radio Liberty in Prague and Brussels, and was a fellow at the American Institute for Contemporary German Studies in Washington, DC.

Robert Cooper is a former Special Advisor to the EU High Representative. He is also former Counsellor at the European External Action Service and former Director-General for External and Politico-Military Affairs at General Secretariat of the Council of the EU. Before this, he was a distinguished diplomat at the Foreign and Commonwealth Office in London. He also spent a period in the Cabinet Office as chief foreign policy adviser to British Prime Minister Tony Blair. He has also held academic positions, including Visiting Professor at LSE.

Petri Hakkarainen is Acting Director for Policy Planning and Research at the Ministry for Foreign Affairs of Finland. Previously he worked at the Embassy of Finland in Berlin and as Senior Fellow at the Institute for Advanced Sustainability Studies in Potsdam. He received his doctorate in modern history from the University of Oxford.

Elisabeth Bauer welcomed the participants by noting that Germany has taken over an important leadership role during the European response to the Ukraine crisis. Germany’s more active role received the support from other EU member states. For example, people in the Baltic countries have trust in Germany. Bauer emphasized the importance of understanding the reasons behind the new prominent position of Germany in foreign policy matters. In her view, the current grand coalition government that consists of Christian- and Social Democrats works efficiently together in representing German diplomacy. In addition, the current environment of Germany, where crises emerge on European borders and EU institutions are in a state of transition, implicates a demand for new German leadership.

Finally, Bauer mentioned that the seminar is part of a joint project on German foreign policy in Europe which is co-organized by the Finnish Institute of International Affairs and the Konrad Adenauer Foundation. The project also consists of a workshop that took place on the same day in Helsinki and a report to be published in early 2016.

In his remarks Ulrich Speck noted that there is not much talk about German leadership in the German debate. The lack of awareness is partly due to the fact that Germany has some deficiencies in its strategic culture. Nevertheless, Germany is in a leading position regarding the ‘eurocrisis’ and with respect to the crisis concerning Ukraine. While Germany had played a constructive role before, it was used to ‘lead from behind’. This role has changed with the Ukraine crisis. Now, the choice in EU foreign policy is between German leadership and no leadership. The leadership style of Chancellor Angela Merkel is not based on a power vertical, but follows a managerial approach. Germany is focused on building consensus within Europe.

Why has Germany become the unofficial leader in European foreign policy? Speck considered German leadership to be the result of Germany’s economic development and geographic location. Germany has close relationships with countries in its near neighborhood in Europe, as well as with global centers of power – such as China, the United States, and Russia. In managing its relations with its partners around the world, Germany follows a postmodern approach to foreign policy, focused more on international rules and the establishment of a multilateral order than on traditional foreign policy characteristics. Furthermore, the role of chancellor Merkel has been important and she has become a widely trusted partner on foreign policy matters.

In addition, Speck described internal European reasons for the emergence of German leadership. Even with the new emphasis on EU’s external relations, Brussels did not become a real foreign policy center. The new EU High Representative Federica Mogherini has acted as a coordinator – not as a leader. Moreover, the weakness of France changed the power balance within the EU. Especially during the ‘eurocrisis’, France seemed to be part of the problem rather than the solution. Since unification Germany has gained more weight in foreign policy matters, throwing the Franco-German couple out of balance. Another major European partner – the UK – increasingly focused on internal affairs and became less active on foreign policy matters. The shift of the power balance has also been noted in Washington. According to Speck the first point of contact for US foreign policy in Europe is no longer London, but Berlin.

There are several weaknesses in Germany’s new leadership role. Military power is lacking. Germany is neither a member of the United Nations Security Council nor does it have nuclear weapons. This is especially problematic with relations towards Russia. Germany is potentially open to blackmail and politics of fear. As a consequence, Germany is concerned about returning to a Cold War scenario.

Cooper noted the consistent high quality of German governments that enabled Germany to be a respected international partner. Germany has often taken on a different role than Britain and France, which mostly have been dealing with their postcolonial heritage, such as the UK with respect to the Falkland Islands, or France in North Africa.  Thus, it is no surprise that Germany has been at the center of key European foreign policy initiatives in the last decades. In this respect, Cooper mentioned the start of the P5+1 negotiation with Iran as well as the Balkan crisis. The Balkan crisis was a turning point in several aspects. Germany played a crucial role from the start, as US leadership was lacking in the beginning and Germany could rely on its excellent analysis on what was happening on the ground. The crisis on the Balkan was also the first time that Germany became involved in military actions.

As to the present, Cooper noted that the institutions of the European Union have always been rather weak. However, even here Germany has played a constructive role since the father of the European External Action Service was the former German foreign minister Joschka Fischer. Yet, in times of crises the leadership within the EU moves to the level of member states. Leadership remains the most important public good in Europe. This leaves an important role for Germany since currently France and the UK are unable to guide the way.

According to Petri Hakkarainen, German power has always been underestimated inside Germany and overestimated outside Germany. However, the internal underestimation is changing. Initiatives, such as the foreign policy review under foreign minister Frank-Walter Steinmeier and the update of the defense white book, are part of a new strategic debate. Overall, Hakkarainen noted a lot of continuity in German foreign policy, while the big change has happened concerning Germany’s policy towards Russia. According to Hakkarainen, Germany’s leadership has been disappointed with Russian actions and substantially changed its ‘Ostpolitik’.

Regarding the current state of EU foreign policy, Hakkarainen emphasized an increased importance of the European Council as a locus of power. The European Council is well-placed in an institutional middle ground between member state’s foreign policy and the joint representation of the EU. Other institutional arrangements, such as the OSCE, also gained a new relevance in the last years. 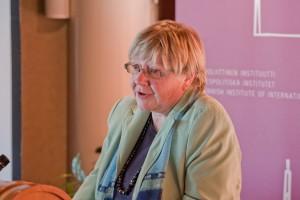 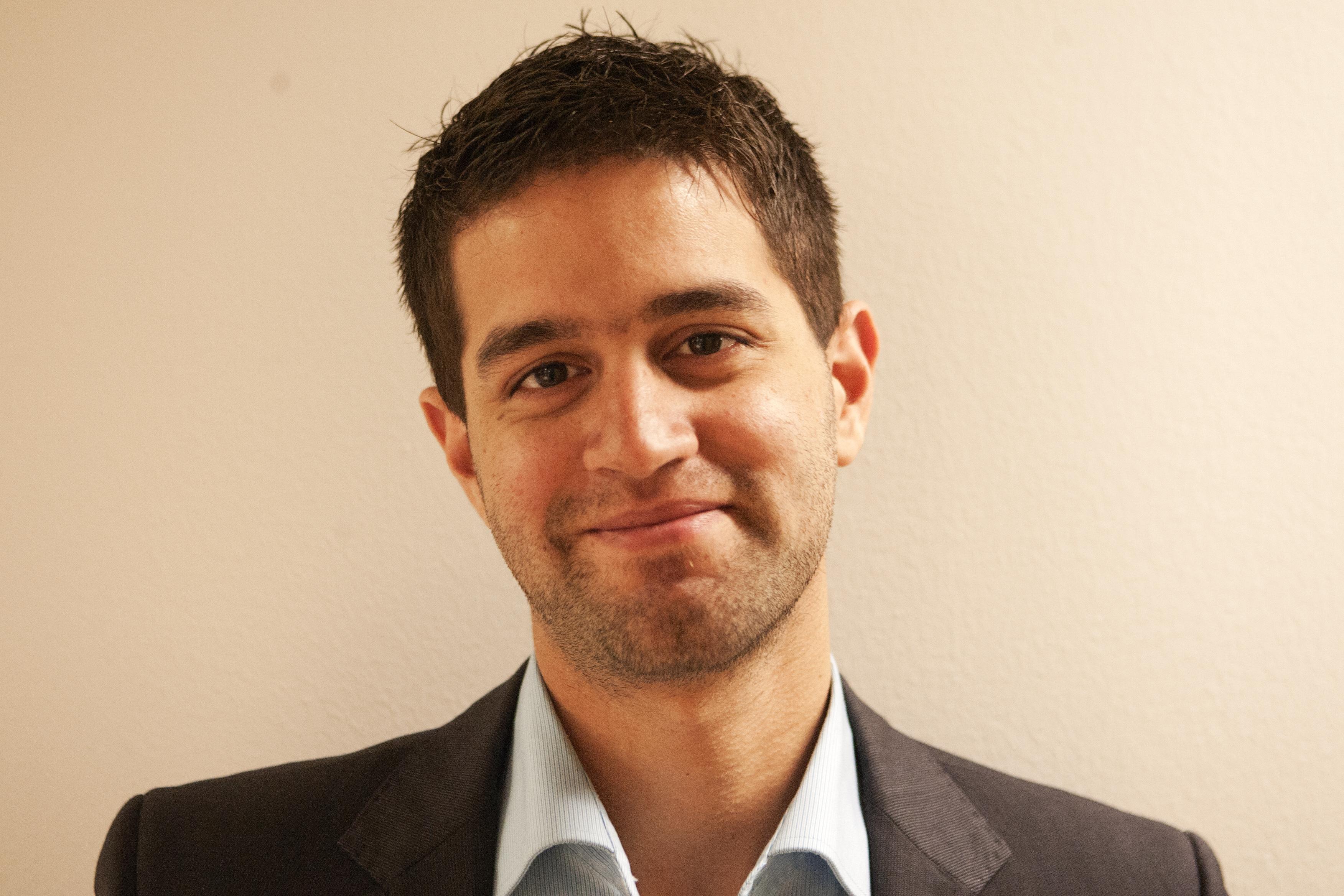 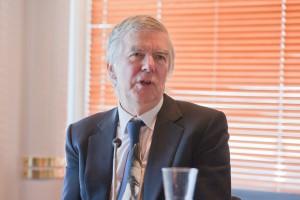 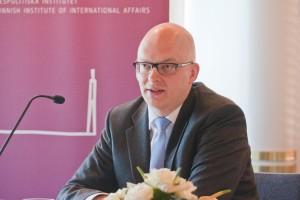 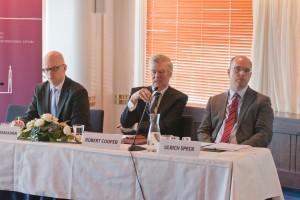 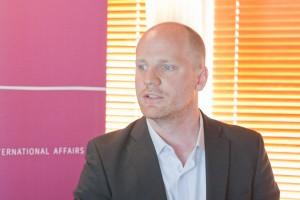 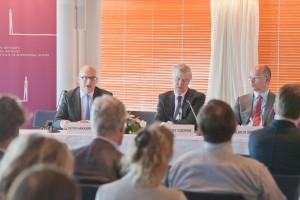 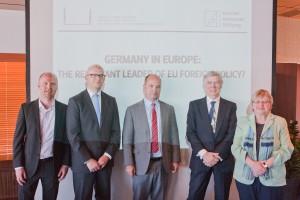