This event marked the launch of the Research Programme on International Politics of Natural Resources and the Environment. The aim of the programme is to increase understanding of the political implications of climate change, environmental degradation and resource scarcity. The research programme focuses specifically on Russia, China, the Arctic and the Baltic Sea.

Russia is not a unitary actor in global environmental politics. How does Russia regard environmental problems and multilateral preventive action? Is a bottom-up approach the solution or is action at state level still possible? What kind of an actor is Russia in cases as different as protecting the Baltic Sea, climate change in Kyoto and in nuclear waste management?


SUMMARY OF THE SEMINAR

Nina Tynkkynen opened the seminar by addressing the realities behind the discourse shift on Russia’s status in the international environmental politics from a “learner” to a “great ecological power”. The arguments in favor of this transformation are Russia’s abundant natural resources and the significant decrease in Russian greenhouse gas emissions during the 1990s – correlated as they were with the severe economic contraction after the collapse of the Soviet Union.

Dr Tynkkynen presented a case study on the conservation of the Baltic Sea in cooperation with Russian actors. She noted a disparity between the prioritization of this policy initiative for the Finnish actors on the one hand, animated by a driven and informed domestic public opinion, and for the Russian side on the other, for whom issues pertaining to the Baltic Sea did not seem to play a significant role in their image of themselves as an ecological great power. Dr Tynkkynen thus argued that, though the Baltic Sea cooperation is a textbook example of multilateral environmental cooperation, its success is attributable to the lack of involvement from high level Russian authorities who might have politicized the issue to the detriment of efficient project implementation.

Cooperation with Russia seems to be difficult at the governmental level, whereas initiatives primarily addressing local actors, more susceptible to a mix of economic and environmental initiatives, are more likely to succeed. It is best to engage Russia through small-scale bottom-up projects, as the Russians tend to have more faith in the opinion of experts than in the pronouncements of political leaders, she added.

Anna Korppoo discussed Russia’s institutional unpreparedness for climate cooperation. Russia was drawn into the Kyoto Protocol both due to some specific political benefits such as support for the Russian WTO membership but also out of a desire to gain prestige in the eyes of the West. However, the withdrawal of the US from Kyoto and Russia’s new-found oil and gas wealth have significantly diminished the relevance of the climate related income available from the Kyoto mechanisms in the eyes of Russian policy makers. In the up-coming post-Kyoto negotiations Russia is likely to be a reluctant partner and as a result likely to need high-level political pressure in order to sideline its concerns of greenhouse gas emission reduction policies limiting economic growth.

Dr Korppoo emphasized repeatedly that climate change is not on top of the political agenda in Russia, like for instance the elimination of poverty is, as is illustrated for instance by Russia’s failure to approve a single Joint Implementation project. The lack of public pressure at home means that pressure by the G8, preferably behind closed doors, is the only likely method to coax Russia along in the direction of a meaningful multilateral agreement on a post-Kyoto climate regime. Engaging Moscow, who currently regard climate change merely as a means to gain influence, is a necessity, but it would be more fruitful to focus on other aspects of the climate pact than global environment related arguments which are not relevant to the Russian political agenda. Dr Korppoo concluded that Russia could not validly claim to be a great ecological power until it adopted policies that would be reflective of these claims.

Jane Dawson focused in her presentation on Russia’s proposal to use its large hinterland as a storage facility for spent nuclear fuel. As the price of energy rises and efforts intensify to curtail carbon emissions, nuclear energy has been touted as a perfect solution to safeguard current consumption patterns, but, she pointed out, after six decades of nuclear energy no permanent solution about the means to dispose of nuclear waste has been found. Russia attempts to step in to fill a gap that has resulted from NIMBY protests precluding the creation of storage sites in more democratic constituencies.

While Russia promotes itself as an actor with the experience, territory and willingness to serve as a storage site, Dr Dawson expressed her skepticism, drawing attention to past failings in Moscow’s record of handling nuclear material and its disregard for questions of transparency and democratic accountability. She noted that the disbanding of the Russian environmental protection agency in the early days of the Putin administration reflected President Putin’s lack of interest in environmental issues, and stated her concern that the Russian government’s suppression of Russian popular opinion on the question of nuclear waste importation makes likely a serious environmental injustice if the proposal moves forward.

Given Russia’s record for being host to the world’s worst nuclear contamination sites and its unwillingness to subject its proposed sites to international oversight, Dr Dawson considered the May 2008 agreement between Presidents Bush and Putin about allowing US Consent Fuel, amounting to between 70 and 80% of all spent nuclear fuel worldwide, to be stored in such future Russian sites a serious cause for concern. She finished by calling for a genuinely international effort to tackle this problem.

When prodded about the possible politicization of the spent nuclear fuel storage grounds, Dr Dawson argued that on the domestic level the issue is basically a “done deal”, with the population’s possibilities for political activism all but eliminated. As to the international level, she argued that there be a real risk for developed countries to become dependent on Russian storage facilities. Rather than allowing Moscow to achieve that kind of leverage, she argued that it would be better to use currently existent financial leverage to pressure Moscow into accepting a deal involving more transparency and openness.

As to whether the Russian scientific skepticism about climate change would lead politicians to believe that climate change might be beneficial for Russia, Dr Korppoo argued that this may matter less as the dialogue with Russia should avoid environmental topics and focus on more political tools such as political pressure by G8. This is because it is impossible to change the Russian public opinion in the required timeframe to provide domestic pressure to join a further climate pact.

About the recent reshuffle of the Russian government, the main impact on climate policy is the change of the Joint Implementation approval committee which may create further delays for project approval.

Asked about the EU-Russia cooperation on climate change, Drs Korppoo and Tynkkynen feared that this initiative may turn out to be yet another talk shop, explaining that Moscow simply did not have the energy to listen to an un-unified EU declare its various positions on this topic. A consolidated voice of the EU would be welcome, and one that did not overlap with issues already tackled by the Northern Dimension. 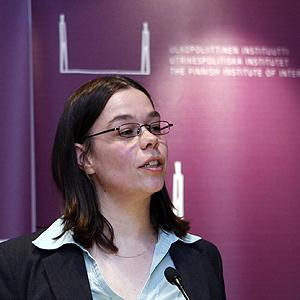 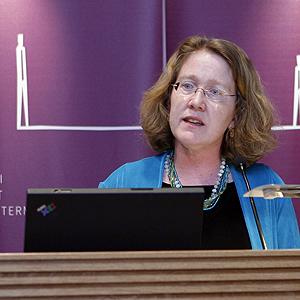 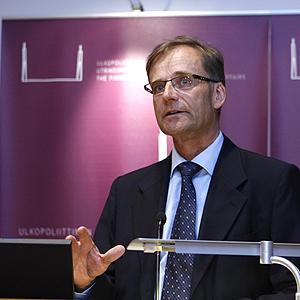 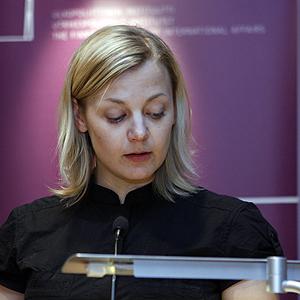