Mr. Mohamed I. Shaker, Vice Chairman of the Egyptian Council for Foreign Affairs

Ambassador Shaker is Vice Chairman of the Egyptian Council for Foreign Affairs (ECFA), a position he has held since 2003, after having served as the Council’s Chairman since its inception in 1999. In 2006, he was chosen as Chairman of the Board of Trustees of the National Center for Middle East Studies, Cairo. In 2009, Ambassador Shaker was designated a member of the Board of the Diplomatic Institute, Egyptian Foreign Ministry. He was Egypt’s ambassador to the United Kingdom (1988-1997); to Austria and Egypt’s Governor on the Board of Governors of the International Atomic Energy Agency (IAEA), Vienna (1986-1988); and Deputy Permanent Representative of Egypt to the UN (1984-1986) and Deputy Representative of Egypt to the United Nations Security Council (1984-1985).

Mahmood Ahmadi joined the state-run Iranian Radio and Television (IRIB) in 1992 as a video journalist. Throughout his fifteen years at IRIB, Ahmadi reported on issues such as the fall of Kabul to the Taliban, the second and third Persian Gulf wars, and Iran’s nuclear program. Ahmadi left IRIB in 2005 to direct Iran’s School of Media Studies. Since 2007, he has been a Research Affiliate at Simons Centre for Nuclear Disarmament and Non-Proliferation at the University of British Columbia. HIs research focus is the interrelationship between Iran’s nuclear program and the Iranian people’s attitude toward it.

Avner Cohen is a Public Policy Scholar with the Woodrow Wilson Center for International Scholars in Washington, D.C. In 2007-2008, he was a Senior Fellow at the United States Institute of Peace, working on nuclear proliferation in the Middle East with special attention to the Iranian-Israeli rivalry. Prior to this he was a member of the philosophy department at Tel Aviv University from 1983 to 1991 and has been a visiting professor and scholar at various U.S. universities and colleges. Cohen is the co-editor of Nuclear Weapons and the Future of Humanity (1986), The Institution of Philosophy (1989), and the author of The Nuclear Age as Moral History (1989). His new book, Israel’s Bargain with the Bomb, will be published in 2010 by Columbia University Press.

Moderator:
Prof. Robert Johansen, Senior Fellow, Professor of Political Science, and Director of Doctoral Studies at the Kroc Institute for International Peace Studies at the University of Notre Dame

Professor Raimo Väyrynen, Director of the Finnish Institute of International Affairs opened the event by welcoming the discussant and participants. He pointed out that the “Nuclear Weapons and Arms Control in the Middle East” panel discussion is the opening event of the FIIA organized 3-day conference on Nuclear Weapons, arms control and Non-proliferation. Väyrynen welcomed Dr. Hiski Haukkala the president of the co-organizer Finnish International Studies Association.

In his opening words Dr. Hiski Haukkala stressed the importance of nuclear arms control for international security. He welcomed the panelists, participants and moderator of the event, Professor Robert Johansen from the Krock Institute.

Prof. Robert Johansen opened the panel discussion and underlined the importance of the topic. He welcomed the highly experienced panelists.

In his presentation Mr. Mohamed I. Shaker offered his view of the situation of nuclear arms control and of other arms of mass destruction in the Middle East. He noted that the Israeli possession of nuclear weapons has greatly influenced the climate towards nuclear weapons and the behavior of the other states in the area. The nuclear threat and uncertainty created by Israel’s acquisition of nuclear weapons forced the regional countries to respond. He stressed the Egyptian role in the Arab nuclear free zone project started in the 1970s.

Despite the recent Middle Eastern “nuclear renaissance” generated by the Iranian nuclear program, he remained confident of the successful future of the nuclear free zone and disarmament processes, under certain preconditions. He noted that the Obama administration has created new vivacity and positive winds in the area of nuclear arms control. The overall tone of Shakers presentation was hopeful and positive toward the future of nuclear arms control in the area.

Mr. Shaker listed some conditions to promote the NTP- system and the goals of arms control in the Middle East. He stressed the importance of regional cooperation and the participation of every state in the NTP process. He also stressed the need for mutual control between all states and the relevant organization on the matter. He also noted the importance of international collaboration, the support of the major world powers and political will to gradually build up a system that would have legitimization and authority to build up sustainable restrictions. Shaker sees prospects that cooperation of the Arab states on nuclear arms control could develop into deeper cooperation between the area states also in other fields. In the long run, arms control cooperation could evolve to closer interaction, in the same manner as the European Union has evolved from the European Coal and Steel Community (ECSC) to the more close economical, social and political entity of today.

In his opinion the Iranian nuclear program was started as an elite project, but in 2003 the situation changed, due to domestic and foreign political circumstances. After international criticism the government felt that it needed the support of the people and the nationalistic tone of the slogan of the nation’s “indisputable right” to nuclear power was used as a defense towards Western criticism. With a nationalistic campaign the voice of the Iranian people was used to build support for the nuclear program and claim Iran’s right to access nuclear energy. In the Iranian rhetoric the West was portrayed as an antagonist trying to deprive the Iranian people of its natural right to nuclear energy. The Iranian “nuclear right” has become an important political slogan in Iranian politics.

In his presentation Dr. Avener Cohen concentrated on characteristically Middle Eastern patterns of nuclear arms behavior. He described his 20 years of academic work on the topic and provided a historical overview of nuclear arms in the Middle East and of Israeli Arab relations from the 1950s to this day. In his opinion the rhetoric on nuclear issues in the area tends to mask the real issues. The nuclear programs are portrayed as “peaceful” and the slogan about “having the right” to acquire nuclear energy is widely used in the rhetoric. Cohen sees that as long as the real purposes are not exposed and recognized the real problems cannot be discussed and dealt with. In his opinion the essential problems and the motivations behind the possession of weapons of mass destruction in the area stem from the hostile and unstable relations between the area states, namely Israel and the Arab states.

Cohen pointed out that as long as Iran and other states remain in politically hostile relations with Israel, and as long as Israel feels its status threatened, it will not give up its nuclear arms program. Overall, Dr. Cohen was far more pessimistic and cautious about the nuclear arms control and NTP prospects in the area than Mr. Shaker. He stated that as long as Israel as a nuclear power is not dealt with realistically, the Middle Eastern arms control programs and nuclear free zone plans will not be successful. 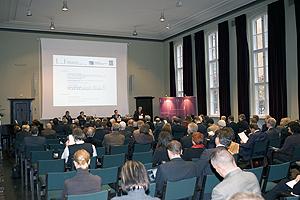 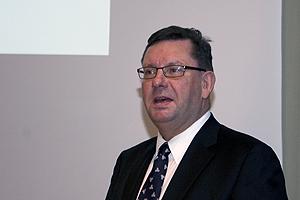 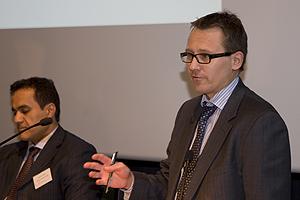 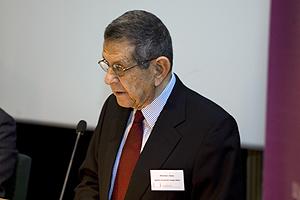 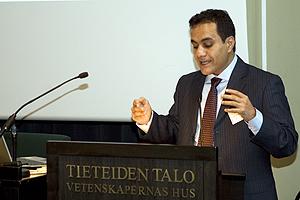 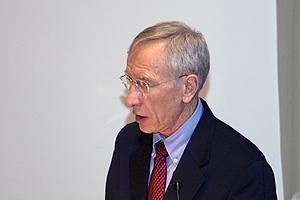 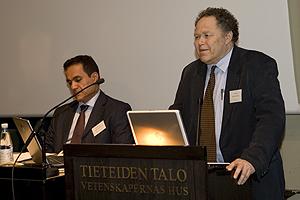 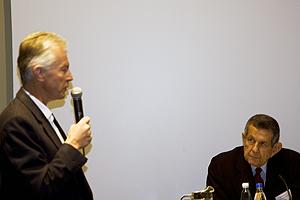