The Finnish Institute of International Affairs proudly presents a report by its researchers Minna-Mari Salminen and Arkady Moshes analysing the prospects for visa freedom in Russia-EU relations. The report examines the present visa practices between Russia and the EU in order to ascertain to what extent they are adequate for the challenges of the time. It also analyses the problems that would have to be tackled if the task of introducing visa freedom were to be placed on the actual policy agenda.

Ms. Minna-Mari Salminen received her MSc from the University of Oxford and has specialised in Russia-EU relations. Currently she is conducting research on bilateral relations between Russia and the EU states. Previously she has worked as a Researcher at the University of Helsinki and studied issues concerning Russian media.

Dr. Arkady Moshes is a widely published author specializing in Russia-EU relations. He has written numerous academic articles and policy advice-oriented reports on Russia-EU relations, as well as more specifically on Ukraine, Russia, and Belarus. He has a wide knowledge on Russia’s policy towards the Western CIS and the Baltic states through his previous involvement with the Institute of Europe in the Academy of Sciences of the USSR. There he worked both as a researcher as well as the head of section for European Security and Arms Control as well as the Section for Security of the CEE and the Baltic Sea Region.

Director of the Finnish Institute of International Affairs Raimo Väyrynen opened the seminar by welcoming everyone to the launching of Ms Minna-Mari Salminen’s and Dr Arkady Moshes’ report, titled “Practise what you preach. The prospects for visa freedom in Russia-EU relations”.

Dr Moshes started off by introducing the topic and the research methodology. The visa issue was considered important because it concerns millions of people, also taking into account that travel has grown a lot. The visa issue is very important for the EU’s and Russia’s strategic partnership. It is also an under-researched topic. Five countries, Finland, Estonia, Poland, Germany and Italy, were chosen as case-study countries on the basis of their representativeness of the widest possible pool of states. Interviews were conducted in the respective Foreign Ministries and Ministries of the Interior, but also officials at the National Border Guard were interviewed. Embassies of the Schengen states were visited in Moscow and the Russian Embassy in Helsinki. In addition, two interviews were conducted at the European Commission in Brussels.

Minna-Mari Salminen first introduced the current conditions under which the visa regime operates. Officials are generally satisfied with the current regime, however, inadequacies may arise in the future. There are differences in attitudes and the visa practices between the Schengen countries. In the research interviews most countries admitted the differences in the visa practices and stated that the reasons for this is the EU-countries having different kind of relations with Russia and varying national legislation. Visa shopping, meaning the tendency to apply for a visa from the embassy that is seen as the easiest one to get a visa, was mentioned as one of the issues worsening current visa practices.

According to the research, as a benefit for maintaining the visa system was seen the ability to control people. But Ms Salminen stated that this does not directly mean the security, as other means are needed to stop for instance criminal activities. The discussion of the visa freedom is a difficult domestic issue in the EU-countries, and a change in attitudes is needed. The readiness of the EU external borders for visa freedom is dependent on political will. With the necessary political will, the needed resources would be allocated to prepare the border for visa-free travel.

Ms Salminen concluded with three hypothetical scenarios for the development of the visa policy. The first scenario is the visa freedom between Russia and the EU. This would be a desirable solution but in the short term it is not feasible. The second scenario described tighter a visa regime, so-called fortresses. This, however, in the time of globalisation is not possible. The most realistic scenario according to the researchers is further liberalisation that would eventually lead to visa freedom. The question of visas should be regarded seriously on both sides. Visas play an integral part in building the image of both an individual country and the whole Russia-EU relationship. Both sides must start practising what they preach.

Hilkka Nenonen opened her commentary by stating that the report is very topical and realistic. She stressed that the EU-countries have national points of views for the issue. Some countries could be ready for the visa freedom, whereas others are not. When in the Summit in 2003 the EU and Russia defined the conditions for visa freedom, it was declared as a long-term goal. Finland is in favour of visa-free travel. The countries should gradually move towards the target of visa freedom, but the system should be better harmonised. Visa-free dialogue is ongoing, but the outcome so far has been modest. Hilkka Nenonen continued by telling about the Finnish visa activities. Finland is by far the biggest Schengen visa issuing country in Russia. Finland has fully used the visa facilitation practices e.g. it has minimized the requirement of the documents and has allocated multiple visas in consequence that the process time has shortened. This has been a positive experience to Finland and Ms Nenonen hopes that also other countries could take this as a positive example. She also proposed that the visa facilitation agreement could be expanded.

In the Q&A session there was a question on why Russia is a special case in the visa freedom issue in stead of other countries that still have visas. Dr Moshes answered that Russia is different because the goal for visa freedom has been recognised by both the EU and Russia as a long-term goal. Therefore, the bureaucrats have got used to this idea of visa freedom with Russia. There was a question whether the EU member states could take individual steps and agree about the visa issue bilaterally with Russia. It was discussed that this is not advisable or even possible, because the Schengen acquis prohibits this. There was also a discussion about how especially the Finnish embassy has often been the target of visa shopping in Russia. It was stated that the concept of Schengen visa enabling travel in all 25 Schengen states is in itself nice but the whole idea of the main destination country is outdated. A question of what the EU will get in exchange for the visa free travel was also presented. It was answered that the EU citizens might not get as much as the Russian citizens, but besides the benefits at the individual level, the business community would benefit enormously from this as well. Europe should emphasize that it cares about the Russians and show the willingness to solve this issue. Russia has also declared it favours visa freedom, although it is very difficult to assess what Russia truly means by this. Reciprocity is crucial in the visa relations between Russia and the EU. 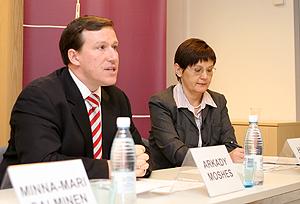 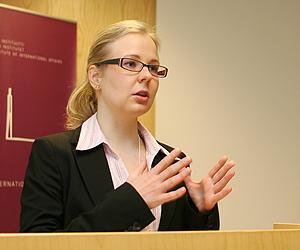 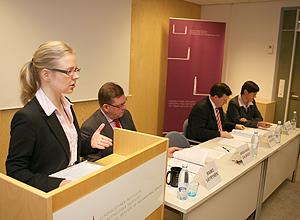 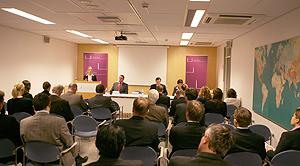 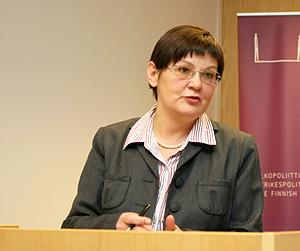