Dr. McFaul is the director of the Center on Democracy, Development and the Rule of Law at Stanford University where he also works as an Associate Professor in the Department of Political Science. In addition to these posts, he works as a Senior Fellow at the Hoover Institution and as a Senior Associate at the Carnegie Endowment for International Peace.

Dr. McFaul is a respected scholar and a well-known expert on Russian and post-Soviet affairs. He is an active commentator in the international media and he frequently appears on CNN and BBC, and contributes to leading newspapers such as the Washington Post and the New York Times. He has also advised many important Washington politicians on how to deal with Russia.

His latest books include ’Revolution in Orange: The Origins of Ukraine’s Democratic Breakthrough’ (2006), ’Between Dictatorship and Democracy: Russian Post-Communist Political Reform’ (2004) and ’Popular Choice and Managed Democracy’ (2003).

His recent article ’After the Fall’ in Washington Post on 24 December 2006 is available at
http://carnegieendowment.org/publications/index.cfm?fa=view&id=18933&prog=zru

His article on the colored revolutions, called ”Transitions from Postcommunism,” was published in the Journal of Democracy and is available at
http://www.journalofdemocracy.org/articles/gratis/McFaul-16-3.pdf 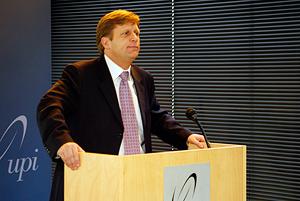 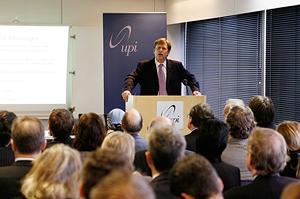