On the 27th of September, the FIIA and the Atlantic Council of Finland organized jointly a seminar that focused on NATO and the relationship between the United States and the European Union. The distinguished audience had the opportunity to hear reflections on these issues by Doctor Ronald D. Asmus from the German Marshall Fund’s Transatlantic Center in Brussels. Dr Asmus, who was appointed executive director of the GMF Transatlantic Center in 2005, worked as Deputy Assistant Secretary of State from 1997 to 2000. Dr Asmus has extensive expertise on U.S.-European relations and American foreign policy with particular interest on security and strategic issues. The seminar started with a welcome address by the FIIA Director Raimo Väyrynen and was chaired by Doctor Risto E. J. Penttilä, Chairman of the Atlantic Council of Finland.

Just as the end of the Cold War forced NATO to reinvent itself, the Alliance must be able to do it once again – hence the term re-reinvention. Dr Asmus sees the recent NATO enlargement rounds as parts of a larger blueprint to restructure U.S.-EU relationship, draw Russia closer to the West, and to make Europe whole and stable. The terrorist attacks of 2001 ushered in a new era, the Bush era, which is shortly ending and therefore opening a new window of opportunity to re-reinvent the transatlantic relationship. The ultimate goal would be to make Europe a truly global partner for the United States.

Dr Asmus stated that without the recent enlargements within NATO and especially the EU the political structure in Europe – particularly concerning Poland, Germany, Russia, and the Baltic States – would be fundamentally different. Also the attempt to reunify the West can be seen as successful, but only partially, since France has not rejoined the integrated military command of NATO. However, President Sarkozy has opened this window once again, and the U.S.-Franco relations are currently better than they have been for a decade. Dr Asmus sees President Sarkozy, along with the leaders of Germany and the United Kingdom, playing an important role in re-reinventing the transatlantic relationship.

When evaluating the failures of the blueprint Dr Asmus highlighted Russia’s increasing divergence from the West. Nor did the Bush Administration utilize the opportunity that occurred through the events of September 2001 to reengineer the U.S.-Europe relationship. Instead, support for the United States declined substantially in Europe even among its historically most loyal allies. Therefore it is important for the United States to realize that the so called “unilateral moment” is over, and in the future it must focus on building alliances and improving its image.

Dr Asmus also discussed the challenges for the next president of the United States. The Middle East will continue to be the security challenge with uppermost importance, and the situation in Afghanistan will be a decisive issue for the future administration. As the domestic movement in Russia is moving into an undesirable direction from the Western perspective, the United States – as well as the EU – has the need for a new Eastern approach since a new phase in the U.S.-Russia relationship is coming.

Dr Asmus concluded his presentation by saying that the current administration is trying harder than ever before to create a common strategy with Europe. When views on President Bush are set aside, there has been convergence in mainstream European and American opinion on political issues during the last five years. Also at the official level, on account of recent changes in leadership, the United States is starting to gain back support of its historically loyal allies. Dr Asmus believes that the future of the transatlantic relationship looks bright and the United States and the EU will converge strategically, but it will not happen by itself. Strong leadership will be needed. 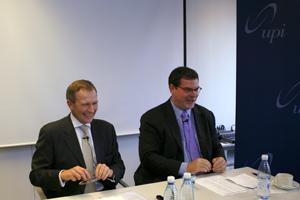 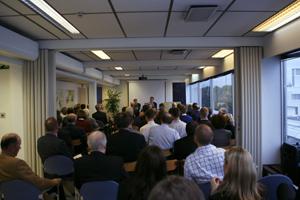 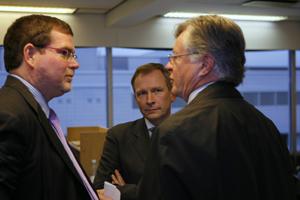