The seminar will discuss the dynamics of Russian internal politics in the light of the State Duma elections in December 2011. Speakers will also look beyond the most recent events and anticipate what the likely return of Prime Minister Vladimir Putin to presidency will mean for the future of Russia. What are the sources of stability, and what are the risks for the current regime in Russia? In this situation of growing uncertainty, what are the likely and possible ways for re-formulating Putin’s policies? How will economic and foreign policy challenges shape future policy?

The seminar evaluated the dynamics of the political situation in Russia after the Duma elections and in light of the forthcoming presidential elections. Two questions were examined more closely. Firstly, whether Putin can be the ruler of Russia for the coming period of six to twelve years and secondly, what kind of ruler he would be. The seminar was opened and chaired by Programme Director Dr Arkady Moshes from FIIA. In his view the political situation in Russia is challenging both for Russians themselves as well as for Russia’s neighbours.

According to the first speaker, Dr Katri Pynnöniemi, the political scene in Russia is changing very quickly in multiple directions. The official rhetoric on stability and success has been discredited in the eyes of the people – a trend that is reflected in popularity ratings of the two leaders and the ruling party.
Reflecting the situation of growing uncertainty, Dr Pynnöniemi explored questions, such as, what the likely and possible ways for re-formulating Putin’s policies would be and what is left from the “performance legitimacy” to which the ruling regime appeals in its statements. To answer the questions, Dr Pynnöniemi analysed the main arguments that the regime has put forward to win the consent of the people.

Firstly, many economists have recently argued that the economic situation in Russia is stable and the forecasted economic growth rate for the coming years is around 4 %. This is, however, not considered to be enough to carry out the major reforms and responsibilities in the coming years (e.g. pension reform and investments to education). Economic recovery in Russia after the crisis is driven by the rebound in oil prices and consumer demand.

Secondly, President Medvedev’s modernization project attempts to draw a bright picture of the future, even if it is lacking a promise of political change. In general, the need for modernization is accepted but few think that it is possible without fundamental changes in the political sphere.

When Russian people were asked: “will the modernization continue after Medvedev’s presidency”, only 7, 59 % answered favourably. The majority of the respondents (87, 82 %) did not even believe modernization existed. Kommersant Daily has counted that during half a year Putin and Medvedev have made several promises to enhance investments, notably 16 trillion rubles for innovations and 20 trillion rubles for army and armaments. It is noticeable that in the federal budget for 2012-2014, the major part of expenditures is taken up by the social sector, military and other siloviki structures. This leaves little room for investments in education, infrastructure and other spheres considered critical for a ’new economic model’ of Russia.

A key term in Putin’s recent speeches is active industrial policy. In the 1990s and until recently, in Putin’s rhetoric the anti-hero of the economic reforms has been the private entrepreneur. President Medvedev with his ’technological modernization’ campaign introduced a new hero; an ”innovator entrepreneur” – a new man who would enjoy the benefits of “exception”. It applies to a small exclusive group of entrepreneurs at the recently established Skolkovo hi-tech hub, Russia’s ’Silicon Valley’. The current talk about active industrial policy introduces yet another new figure, a technocrat who, as the thinking goes, would be willing to continue the current social contract: stability in exchange of money. It is doubtful, however, whether the regime can appeal even to these people anymore.

According to Dr Pynnöniemi, the re-invention of Putin is difficult if not impossible because people do not see improvements in their daily lives. Whereas in the 2007 and 2008 elections it was enough for the regime to present its power symbolically, this is no longer the case. The authorities do talk about ”projects of the century” as if these provided an ”engine for growth”. At the same time, they are not able or willing to mitigate losses created by corruption and waste of resources. The Center for Strategic Studies released a report in November which drew quite a gloomy picture of the future. It showed that the declining trust towards the ruling regime has its internal logic and it leads towards a radicalization of the society.

In the beginning of his presentation Mr Konstantin von Eggert emphasised the difficulty of analysing the current political situation in Russia due to the rapid changes taking place in the political sphere of the country at the moment. During the post election demonstrations in Moscow, the headline news in Russia’s only 24-hour TV channel did not deal with the demonstrations but with the microchipping of polar deer. In von Eggert’s view, this was a testament to the way in which Russia’s leadership is handling the first real political crisis of the Putin era. The first demonstrations created a panic reaction in the Russian authorities. Von Eggert believes that the authorities knew before the elections that their success had diminished but they underestimated the level of dissatisfaction. People are generally disappointed with the current political situation in Russia. The leaders suffer from the legitimacy crisis that is not going to go away.

The second issue that the authorities underestimated is the effect of the digital revolution in Russian. Earlier there were 32 million daily users of the Internet but now there are more than 50 million daily users. People are increasingly reading news from independent sources and comparing opinions with little or no state interference.

Thirdly, von Eggert thinks that the authorities missed out on the lesson of Vaclav Havel’s speech in 1978, where Mr Havel argued that: “Minorities do count in politics and they have power.” Social movement has started to spread across the society. Protests started as a middle-class revolution of thirty-somethings with their iPads. Not only hipsters take to the streets but the also larger segments of society. This is extremely dangerous for rulers. The authorities came to the situation unprepared. The “everyone can be bought and sold” –method did not work this time. Protestors who take to the streets do not go there to be bought. They want to see a change. The opposition is, however, unorganized and does not have clear demands. The only fairly clear demands are a demand for new parliamentary elections for 4 March 2012, the postponement of presidential elections six months forward, punishing those guilty of election fraud, and registering of the parties that were prevented from doing so before the Duma elections. At the moment, the authorities do not know what to do and the opposition does not know who it is.

Von Eggert thinks that the EU has “forgotten” Russia. Libya and the Euro crisis are more important to the EU. The USA has not, however, done any better. It seems that different standards apply to Russia and Belarus. It is safer to criticise the human rights situation in Belarus than the one in Russia, as Belarus does not have nuclear weapons or oil.

Rumours saying that guards will be put on streets have been spread to frighten people off the streets, but there have not been any signs of Putin showing that he would know what to do. A heavy crackdown would fatally undermine the Kremlin’s standing with the people – and soon prove useless. Von Eggert would, instead, advice Putin to take initiative on reforms in the administration. The question is, how the situation will turn out. If Putin wins fairly or loses a fair election and gives up power he may still stay in politics. In those cases there would be a possibility for reinventing Putin. Something must be reinvented in order to respond to dissatisfaction.

Discussion:
Questions from the audience dealt among others with the likelihood of the use of force, the role of the Communist Party and Russia’s WTO membership.
– Seminar speakers did not consider plausible that force would be used in dispersing demonstrations. The military forces need a written order to act. No one would be willing to take the responsibility should things go wrong. Mr Gorbatshov was mentioned as the only person credible enough in the country to be considered as a mediator between the ruling power and the opposition.
– The communists are rapidly losing supporters. In addition to the United Russia, the Communist Party is the only party in Russia with a traditional party structure.
– Speakers were asked about the possibility of an external conflict being generated in order to turn the attention away from domestic politics. Military action in the neighbouring areas would not increase the popular support of the ruling power and was thus not considered a likely act.
– Russia’s WTO membership is expected to attract foreign investors. Demonstrations and the reactions of the authorities does, however, influence on the investment environment in Russia.
– Snow-ball effect of drawing money out of country; an estimated capital flight of billion / year. 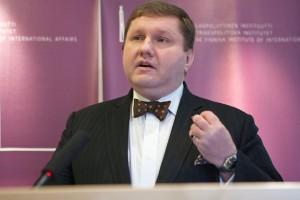 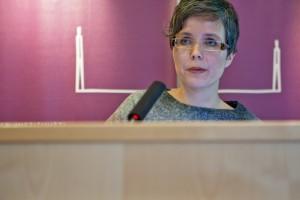