etusivu / Tapahtumat / Russia in 2008 and Beyond: What Kind of Foreign...
jaa
jaa

FIIA seminar and Briefing Paper series Choices Made: Russia the Rest Will Have to Deal with

On March 12, the Finnish Institute of International Affairs organised its last event in the four-seminar series “Choices Made: Russia the Rest Will Have to Deal with”. The seminar was chaired by Dr Arkady Moshes, who explained that the topic of Russian foreign policy was deliberately left last. In his introduction Dr Moshes emphasized the importance of Russian domestic policy influencing its foreign policy. He also briefly talked about a paradox in the Western rhetoric. On the one hand, continuity and stability are high priorities for the West in its Relations with Russia, yet on the other hand, they hope for change and improvement of the relations. Dr Vadim Kononenko from the FIIA and Dr Dmitry Furman from the Institute of Europe at the Russian Academy of Sciences were the main speakers at the seminar.

Also Dr Vadim Kononenko started his speech by presenting a paradox. On the one hand, Russia enjoys rapid economic growth, it faces no realistic threat of military conflict with any outside power and the chairmanship of the G8 and becoming a host of 2014 Olympic Games show that Russia is respected in the international arena. Yet, on the other hand, Russia’s foreign policy rhetoric seems to be arrogant and hostile. Russia’s domestic policies have affected its foreign relations, for example during the Bronze Soldier crisis in spring 2007 and more recently in the form of the closure of regional offices of the British Council.

Dr Kononenko emphasized that it is too simplistic to argue that Russia is pursuing foreign policy typical to a strong state. He argued that Russian foreign policy decision-making is increasingly affected by corporate business actors and at the same time there is very limited space for foreign policy rethinking. Dr Kononenko spoke about state-private partnership that is motivated by profit making.

Dr Kononenko noted that Russia criticizes the West and the EU, in particular, for using ‘double standards’ on matters such as democracy and freedom towards third countries. Moscow keeps complaining about how Russian businesses are mistreated in the EU. However, Russia mistreats some EU states, such as Poland and the Baltic states by politicizing history or energy issues. There is discrepancy in Russia’s words and deeds.

Anticipating future trajectories, Dr Kononenko suggested that the new President Medvedev might change the tone of rhetoric and take up strategic partnership with Europe and this could pave the way for good economic relations. Alternatively, the Kremlin might continue its assertive policies and the rhetorical divide might deepen between Russia and the West. But there will be no breakthrough as long as the internal system is what it is.

Dr. Dmitry Furman started his speech by reminding the audience of the importance of Russian history. He explained that Russia was now facing a new situation and this means that there could be various outcomes of this situation. Dr Furman stated that Russia’s current regime imitates democracy. According to him, many states in the post-Soviet space imitate democracy as achieving European style democracy under the historic conditions was very difficult.

Questions were asked also about the interests of the power groups in Russia. Dr Kononenko explained that it is quite difficult to make distinctions between special and national interests that the private actors have. The Russian state sometimes acts like a private corporation that is influenced by private interests. 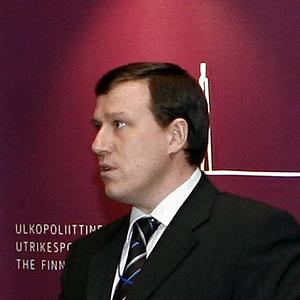 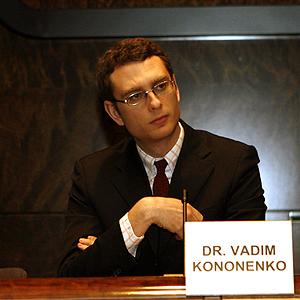 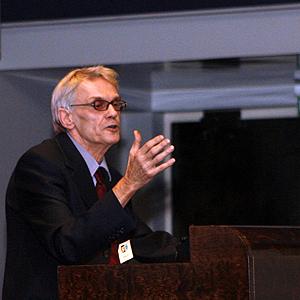 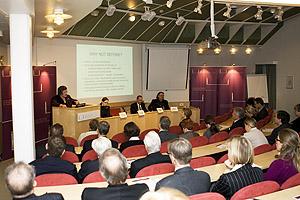 Russia in 2008 and Beyond: What kind of Foreign Policy?