The Russian presidential elections in March 2018 took place as expected. Vladimir Putin received a landslide victory, whereas the most active opposition figure, Aleksey Navalny, was not allowed to compete and his boycott campaign that followed did not become a problem for the regime. Putin’s other competitors proved incapable of providing any viable alternative under the circumstances of strengthening authoritarianism. However, the question remains open whether the opposition has a chance to challenge the regime in the future. While the divide-and-rule tactics against the opposition have been effective thus far, Putin’s victory does not automatically promise any further consolidation of the society around the president. Old problems resurfaced after the elections in the form of protests over landfills in Moscow and against corrupt authorities in Kemerovo. Quite possibly, persisting domestic challenges along with hardening international circumstances may bring Russian political process to a stalemate. This seminar will offer an opportunity to discuss the situation in Russian politics and society in the beginning of Putin’s fourth presidential term. 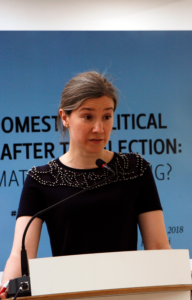 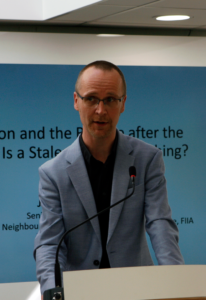 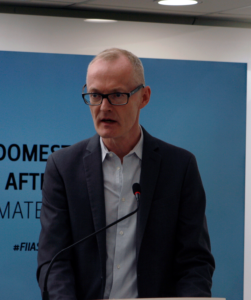