The EU-US Transatlantic Trade and Investment Partnership (TTIP) is often seen as a significant opportunity. Potential benefits for the economy, jobs, and growth on both sides of the Atlantic have been noted by its proponents. However, the negotiation process has met with some criticism in the US and the EU. This event will highlight the current situation in the negotiations from different perspectives. What are the major issues? How are the benefits seen in relation to negative issues in various capitals? What is the relationship between the bilateral trade negotiations and the multilateral trading system?

In his opening remarks, Dr Mika Aaltola stressed the importance of open TTIP events, because the negotiation process is going on all the time and the negotiators are doing hard work as we speak. The aim of the deal is to stimulate growth and create jobs on both sides of the Atlantic, Dr Aaltola said. This seminar’s purpose is to take a look at the different national perspectives of the negotiations.

Ms Sari Artjoki said that the TTIP deal is so important because we are living in grave economic conditions, although growth is slowly coming back to Europe. According to her, the TTIP would give the economy a boost and it would be a big deal for small and medium enterprises (SMEs) as well. At the same time, the deal must be done in accordance with democracy and openness, she noted. That is why a public discussion on the deal has been opened. At the end of the day, it is in the hands of the democratically elected governments of the EU member states how the deal will pull through, she concluded.

Taking the stage after Mr Kopčić, Mr Pertti Salolainen briefed the audience about his trip to the US last spring to discuss the TTIP with the Americans. The trip reminded him of Finland’s EU accession negotiations, which some people called ”elephants love-making”: there’s a lot of dust and rumble, and the end result takes a long time.

This can be applied to the TTIP negotiations as well, Mr Salolainen said. The thinking in Washington seems to be that President Obama will not get the fast track for the TTIP before the October elections, but he might get it after the elections, Mr Salolainen said. The trade unions and some congressmen were not very happy with the deal either, he said. The general idea is that the deal must be done before Obama’s term ends in January 2017.

The Finnish position is that TTIP must go further than the WTO deal does, Mr Salolainen said. Public procurement is especially important for Finland and at the same time very difficult for the Americans, he said. Congressmen would not be re-elected if they were to get rid of the Jones Act or the Buy American Act, he said.

Finland also wants all tariffs to be removed, but in some sensitive issues they could be held up for a certain amount of time, Mr Salolainen said. If Europe can agree about this with the Americans, the same standards could be used in the whole world, and this is a very important question in order for Europe and the US to compete better in the world, Mr Salolainen said. The reason why the TTIP is so important for Europe is because 60 percent of investments in Europe come from the US, Mr Salolainen said. The deal does not make the investors immune to laws like some people claim, they must still act according to the laws of each country, he concluded.

H.E. Mr Giorgio Visetti said in his remarks that he understands the difficulties the TTIP is facing in the US. The negotiations have a lot of challenges, but also opportunities. This is partly a standard-setting deal for the whole world, Mr Visetti said. He also stressed that Italians hope to achieve political results concerning the TTIP negotiations during the country’s coming presidency of the European Council. Hopefully by the end of 2015 there will be an agreement, Mr Visetti said. The process needs full commitment from both sides, and there are definitely cultural differences to be taken into account. Transparency and the involvement of all stakeholders are important, he concluded.

Taking the stage after Mr Visetti, H.E. Mr Marian Catalin Avramescu said that the Romanian government strongly supports strengthening the transatlantic partnership. Romania is concerned about access to the American market and tariffs should be lowered significantly, he said. Mr Avramescu said that Romania believes that free market policies are for the benefit of most if not all the participants. He also mentioned the energy sector, saying that the TTIP would probably bring more resources from the US to Europe. They are needed when we take a look at what is happening in Russia at the moment, Mr Avramescu said.

The penultimate to take the stage, H.E. Mrs Sarah Helena Price stressed the need to talk more and more publicly about the TTIP. She also said that it is not a surprise that the UK is a strong supporter of the deal. The UK is a trading nation, she said, and it already has a strong partnership with both the US and the EU. According to Mrs Price, the more ambitious we are in negotiating the deal, the greater the benefits for everyone. The tariffs between the UK and the US are very low already, but the trade volumes are so high that getting rid of the tariffs would be a big benefit, she said. For the UK, the US and the EU to work together to get rid of tariffs and harmonize rules would make everyone’s life easier, including countries outside the TTIP as well, Mrs Price argued. A lot of countries in Africa would benefit from simplifying the regulatory framework. The benefits go beyond the EU and the US, she said.

In the current economic environment it could come to people’s mind that being more protectionist would be wise, Mrs Price said. The UK thinks this is fundamentally the wrong approach, she stressed. Europe, the UK and the US can show leadership and set the level for the whole world, she argued. Keeping all stakeholders up to date is important, and the UK government is going to talk to businesses but also to NGOs, charities and trade unions, she said.

The last one to take the stage, Ms Susan Elbow addressed the current political situation by saying that there is great political will on both sides of the Atlantic to get a deal done. The US very much believes in a transatlantic renaissance. The transatlantic sphere has high standards in labour, product quality, consumer protection, etc., and the US wants to bring these standards to wider use, Ms Elbow argued. Like Mrs Price, Ms Elbow stressed the importance of stakeholder meetings concerning the TTIP. We have learned through experience that if we don’t get people involved, there will be problems in the end, she said. Currently, the general public in Europe is a lot more engaged in the TTIP discussion; for the American public it is yet premature, she noted. Although there are a lot of hurdles before there is a deal on the table, Ms Elbow said she is very optimistic that there is enough political will to make the deal happen. 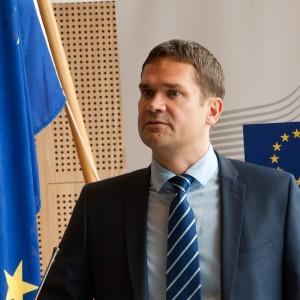 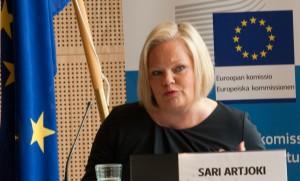 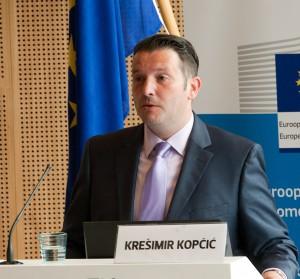 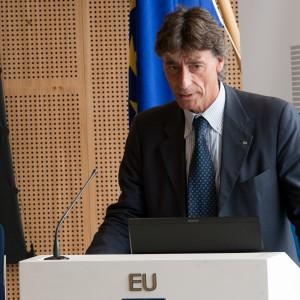 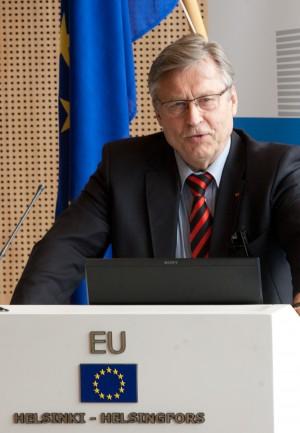 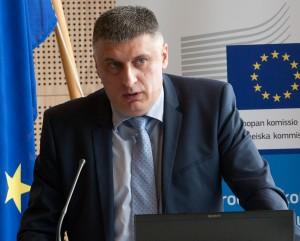 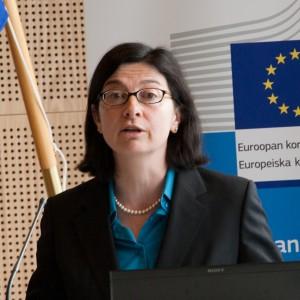 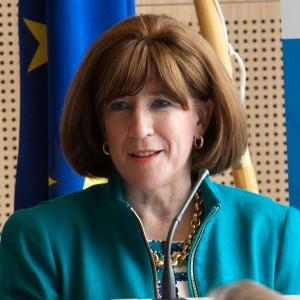