Impact of the Obama Administration on Transatlantic Relations

Great expectations have been projected internationally towards the Obama Administration on finding solutions to the financial and military crises afflicting the world today. How will transatlantic relations be utilised in these efforts? What kinds of foreign policies will the Obama Administration pursue and how will they be perceived in different parts of Europe and in China? These are some of the questions that will be addressed by the knowledgeable and influential members of the FIIA Scientific Advisory Council:

Opening words:
Prof. Antti Tanskanen, Chair of the FIIA Board

The 2nd Annual FIIA Day’s Seminar was opened with a speech by Minister Antti Tanskanen, who expressed his pleasure of seeing such a distinguished body of guests to celebrate the occasion. Minister Tanskanen especially welcomed the Institute’s Scientific Advisory Council, who would convene for the first time the day after the seminar. He congratulated the Institute for a successful transition from the old to the new. Now, with the strength of a highly compenent personnel and the support of advisory bodies both at home and abroad, he saw 2009 to be a year full of promise for the FIIA, and the Institute to be moving in the right direction, towards becoming an active component in academic as well as policy-based research on international issues. The challenges that still lie ahead for the FIIA are optimising its collaborative efforts within the Institute while networking with institutes abroad, and nurturing sustained and influential research.

For the day’s panel, Minister Tanskanen was careful in making any estimations of the Obama administration’s impact on foreign policy, as it is still too early to draw any conclusions. Nevertheless, he hoped to hear a debate on how the United States’ budgetary deficit and its economic dependence on China is going to shape Sino-American relations in the wake of the financial crisis.

Professor Harding opened up the overall optimistic panel with some thought-provoking insight on the practical challenges faced by and fine print attributed to Obama’s administration. He stressed that Obama’s pre-election comments on foreign policy would not necessarily translate into policy, and that although some change were to be expected, foreign policy would still have to deal with continuation and on-going policies. In the end, actions will speak louder than words when it comes to conflicts like Iraq and Afghanistan. The potential for multilateral solutions has increased, but at the same time the US expects more contributions from its partners. Furthermore, the US still emphasises its right to act unilaterally when necessary, and its overall foreign policy objectives may remain the same even if the methods for achieving them change. A peculiarity of the Obama administration, which may have implications on how policy is implemented, is the augmentation of what Professor Harding calls “diplomatic bandwidth”, meaning more people involved in foreign policy administration than before. This is already causing confusion and competition between the parties involved.

Professor Le Gloannec was happy to see some affinity and reciprocity with Europe in the new US administration and sees increased opportunities for multilateralism, but fears that uncontrollable forces may pressure the US and Europe into a limited range of options. Coordination between the two major actors is, nonetheless, indispensable as international crises even since the 1990s (e.g. Somalia) have shown that neither the US nor Europe is strong enough to solve major issues on its own. The EU has shown an ability in providing institutional support and sustaining dialogue between conflicting parties in the Middle East, but lacks the cohesion, focus and leadership characteristic of US policy. The EU is unable to find a common line in foreign policy amidst itself, which means it may find that it has to depend on Washington for unity.

Professor Perthes conveyed a highly positive mood from the Munich Security Conference, where US vice-president Joe Biden had offered renewed cooperation and, to the surprise of many Europeans, requested Europe’s input on security policy. The US seemed to be approaching the EU on a variety of issues, most notably Russia and environmental policy, suggesting a real opportunity for a transatlantic partnership. Other areas where the two parties could, and should, cooperate would be non-proliferation (Prof Perthes reminded that the START treaty is about to expire), the Israeli-Palestinian conflict, Iran, Afghanistan, failing and weak states, and designing future global governance. The EU should act quickly and respond to the American approach during the next two months in order to strike a partnership solid enough to build foreign policy upon. One key to smoother transatlantic military cooperation would be a sober estimate among European countries of what their respective strengths are, and in what fields or capacities they could contribute in crises and conflicts.

Relieved to see a fact-based administration after eight years of a belief-based one, Mr Schori welcomes the Obama presidency of which he expects a balanced foreign policy making, free from input from the religious right or other particularly distinct interest groups. America’s new commitment to dealing with Afghanistan, climate change, and disarmament, and the decision not to place terrorism on top of every agenda, suggests a real belief in the prospects of multilateralism, which is Mr Schori characterises as “music to European ears.” Nevertheless, Europe needs to speak up and demand a clear line of policy from the US, which is especially important in solving crises like Afghanistan, where opinions on the right plan of action easily become divided. Furthermore, solving international conflict requires open-minded dialogue with all parties involved, whether they are labelled “terrorists” or not. Mr. Schori is concerned, however, that the impending vast overhaul of the US public sector may turn too much of Americans’ attention towards domestic issues and away from international commitments.

Moving on to commenting on US-Russia relations, Dr. Trenin opened by saying that Bush’s Russia policy was a failure, in spite of sporting a record number of Russia specialists. Biden’s aspiration to “press the reset button” in Russia relations was thus a welcome gesture. Russia is unlikely to become a priority matter to the US, even though they soured to a critical point after the Russo-Georgian conflict in August 2008. The financial crisis has increasingly drawn attention towards domestic matters, while arms control, missile defence and conflicts may provide platforms for the US and Russia to find some common ground on the international stage. While the US easily overlooks Russia, Russia on the other hand has a tendency to exaggerate US presence in its matters. Russia is poised to challenge the present world order, maintains aspirations in Central Asia and is wary of not having a place in the European security architecture. Still, even if the US and Russia have the political will to improve relations, the right bureaucratic structure to make that happen must be put in place.

Replying to a question about how Russia is responding to China, Dr. Trenin said China’s rise to economic and military equivalence with or even superiority over Russia has been a surprise for Moscow, and nailing “every inch” of the Sino-Russian border a priority in Russian security policy. He believes that China’s rise will, in fact, strengthen Russia’s identification with Europe.

One commenter from the floor expressed reservation to whether any real change in foreign policy can be expected as long as the dominant Western powers do not respect a truly diverse world. However, more than one panellist pointed out that American promises to stop torture, to seek multilateral solutions and engage in dialogue are definitely steps in the right direction towards a line of policy that is clearly more tolerant of diversity than before. 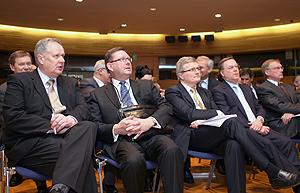 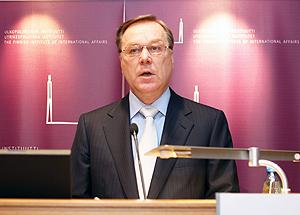 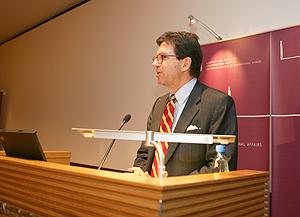 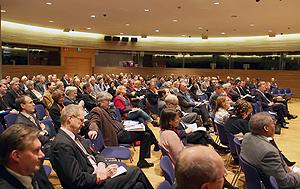 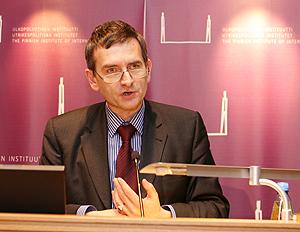 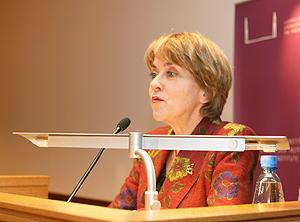 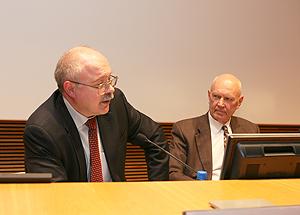 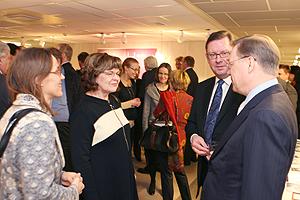 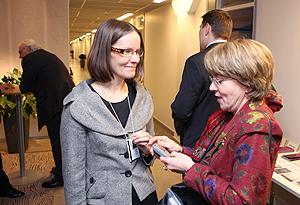 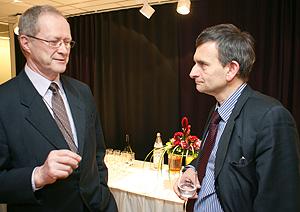 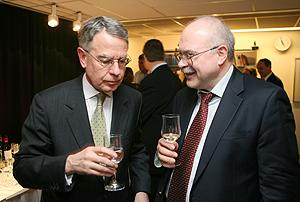