The Eurasian Economic Union (EaEU), which includes Russia, Belarus and Kazakhstan and comes into effect from January 2015, marks the latest achievement of the post-Soviet integration. On paper, this union has the potential to transform economic relations in the region with a combined GDP of almost 3 trillion US dollars and a market of 170 million people. However, there are a number of questions that remain unanswered, such as the ability of the EaEU to expand and include new members, but also to deepen the integration process and to break the pattern of the past, when agreements were concluded but not implemented. This seminar organized by the Finnish Institute of International Affairs will analyse the current phase of Eurasian integration, its future prospects and the attitudes within individual member states.

Evgeny Vinokurov is founding director of the Eurasian Development Bank Centre for Integration Studies since 2011. He earned a PhD in economy from the Russian Academy of Sciences, Moscow; and a PhD from Pierre Mendes-France University (Grenoble II). After several years of experience in applied economy research projects he proceeded to working with the EDB, being responsible for macro and microeconomic analysis in particular, as well as the development bank’s research program.

Mr. Arkady Moshes, Programme Director at the Finnish Institute of International Affairs, opened the seminar. He stated that the Eurasian Economic Union is important not only because it has been present in the media lately when the Russian import restrictions have been discussed. The real importance of the Union is that ”whatever we say” – the union is an entity that is already changing the reality on the ground. Mr. Moshes reminded that the current seminar is finalizing a research process at the Finnish Institute of International Affairs and a research report on the topic will be published soon.

After his opening remarks, Mr. Moshes gave the floor to Mr. Evgeny Vinokurov, the Director of the Centre for Integration Studies at the Eurasian Development Bank. Mr. Vinokurov began his presentation with the question of motivation: why do the post-Soviet states want to integrate? He asked the audience to engage in a mental exercise: he asked everyone to imagine the pain and confusion if the European Union would suddenly disintegrate. In the Soviet Union, the shock of the collapse was even more remarkable, because the countries had been highly integrated in terms of economy, culture as well as technology and infrastructure.

Mr. Vinokurov offered the audience a summary of the history of Eurasian integration. Sovereignty-based integration was genuinely promoted from the year 2005 on, followed by the foundation of the Eurasian Development Bank in 2006 and the Eurasian Anti-Crisis Fund in 2009. The Customs Union between Russia, Belarus and Kazakhstan was set up in 2009, and the Common External Tariff two years later. Also, there is a Single Economic Space functioning between the countries. The Agreement on EaEU, signed in May 2014, was an ultimate step in this process. In the near future, that is during the next 12–18 months, Armenia and Kyrgyzstan will join the EaEU. For Armenia, the joining is important because it destroys the transportation deadlock in which the country is now located. For Kyrgyzstan, one of the aims is to legalize the flow of people and capital to the country. Also Tajikistan is now at the stage of intergovernmental negotiations with the EaEU.

Mr. Vinokurov emphasized that the EaEU is not a political union but a purely economic undertaking. Last year, some attempts to create a political union were made by Russia, such as the plan for a Eurasian parliament, but the plans were then dropped. Important aims today are preparing the member states for the global economy, and to work on common technical regulations. According to Mr. Vinokurov, Russia does not dominate the decision-making in EaEU institutions. The Eurasian Commission is very professional. The Eurasian Court, which was inactive for several years, is now working again and has solved cases raised by the business community. The implementation of the coordinated policies is now taking place.

The Agreement on EaEU has some important but delicate domains that were postponed in May 2014. The common market for medications will be created by 2016, the common electric power market by 2019, and the common market for gas, oil and petroleum products as well as the creation of a supranational regularity authority for the financial market are to be created by 2025. When mentioning the financial market, Mr. Vinokurov noted that a common currency is off the table.

In his presentation, Mr. Sean Roberts, Senior Research Fellow at the Finnish Institute of International Affairs, observed the future prospects of the Eurasian Economic Union. He reminded that his evaluations are based on a research conducted at the Finnish Institute of International Affairs, which included 35 interviews in Russia, Belarus, Kazakhstan and Armenia. The research approached the topic with two questions: 1. Will the Eurasian Union meet the expectations of the member states, and 2. Will it be able to break the post-Soviet path dependency of ”ink-on-paper” integration – that is, can it deliver as much as it promises?

In general terms the member states want to build an economic union without politics or a monetary union. This is a key point for them, but also an ambiguity: how realistic is the union without politics? There is a consensus between the member states about the expansion and institutional deepening of the union, but the means of or schedule for this are not agreed upon. Also, for Belarus, the gradual modernization is important, and for Kazakhstan, the increased competitiveness ahead of WTO membership is crucial. Both countries need the access to the Russian market. For Russia, trade liberalization is important, as well as opportunities for small and medium sized business and development of key industries. But, what Russia really expects from the union, is one more ambiguity.

Mr. Roberts referred to previous integration studies that emphasize the loss of sovereignty as an unavoidable cost of economic integration. According to Mr. Roberts, EaEU is different in this regard: the member states see the union as a way to protect their sovereignty against the extremes of isolation and full integration in the global economy.

Thus far the economic success of the EaEU is difficult to measure because of inconclusive statistical data. Overall trade turnover between the member states decreased in 2013, but at the same time some sectors of trade (such as machinery) have been growing. It is too early to draw conclusions on the trade figures, but what can be said is that first of all, the free movement of goods is largely achieved, and secondly, the Eurasian Economic Commission is a fully functioning and professional international body.

Currently, the implementation of the agreement is raising questions. The multi-speed integration is happening not only on the level of the Agreement, where sensitive issues have been postponed, but also between the states. The other issue is the creeping politicization of the union, which becomes clear when looking at the expansion. Armenia and Kyrgyzstan make little economic sense for the union, and both Belarus and Kazakhstan have reservations about new member states. The fear is that Russian ”client” states, such as Armenia, could give Russia extra clout to pressure other members.

Concerning the future of the union, time is a crucial factor. The integration has been happening since 1995, but it is early to say if the EaEU will be able to break the path of post-Soviet integration. To do so, the EaEU would need to solve the problem of weak institutions and the asymmetry between the states, which have disabled the previous integration attempts. Thus far, the EaEU is more than ink-on-paper integration with its concrete achievements and the strong commitment among the member states. However, the future will bring new problems, such as international factors and the public opinion, which has not yet been involved but will at some point need to be taken into account.

Ms. Nargis Kassenova, Associate Professor and Director of the Central Asian Studies Center at the KIMEP University in Almaty, started her presentation on Kazakhstan and the Eurasian Economic Union by comparing the promised benefits of the union and the realized results thus far. The main reasons for Kazakhstan to join EaEU were the access to a large trade area, the expected rise in investments and the benefits of integration as preparation for WTO and global markets. One argument was that Kazakhstan becomes more resistant to economic crises with the union than without it. It was also claimed that there was no real alternative for EaEU.

Statistical data shows that there has been trade diversion to some extent, but not much trade creation. The overall export from Kazakhstan has not been growing as expected. Kazakh businesses trying to enter the Russian market encountered non-tariff barriers, such as certification regulations and subsidies provided to Russian companies. Even on their own ground, Kazakh companies found it difficult to compete with Russian ones due to the higher capitalization of the latter. As for the promised benefit of the access to Russian domestic transportation tariffs, it did not materialize. Instead, as of January 2014 Kazakh transport companies had to pay higher international tariffs (previously, they could enjoy special lower tariffs). Despite some success stories in the automobile and textile industries, the record is far from spectacular. The membership in the CU has created confusion among the business community and hindered the WTO accession process . Economic crises, including the sanctions imposed against and by Russia, are also affecting the economy of Kazakhstan. For example, the devaluation of the rouble was one of the reasons behind the devaluation of the tenge in February 2014, which had consequences for average citizens since the Kazakh economy is highly dollarized. Another reason for the average citizen to feel discontent is that the consumer prices have risen. The benefits so far have been gained in the human factor: the ethnic Russian population in Kazakhstan feels more comfortable. It is also important that Kazakhstan continues to have good relations with Russia.

According to Ms. Kassenova, there is a certain imbalance in decision-making which is unavoidable because Russia is so much bigger. For Russia, the political goals are more important, and the strongest concern for Kazakhstan is that the country is losing sovereignty. The EaEU is following the regionalization that is now a global trend, but the process is going too fast and too deep. The integration project does not offer an attractive set of new values that would create a basis for a new union. Moreover, Russia is no longer the only window to the world for Kazakhstan. At the moment Kazakhstan wants to maintain the multi-vector foreign policy and to integrate in the global economy. Ms. Kassenova said that in her view, the EaEU was changing the reality on the ground with mixed results, but the success might be already behind.

After the presentations, Mr. Moshes opened the floor for questions and an active discussion followed. The audience approached speakers with specific questions concerning amongst the other things the question of Nagorno-Karabakh, language and bureaucracy of the EaEU, the role of Ukraine and the macroeconomic policy of the expansion. 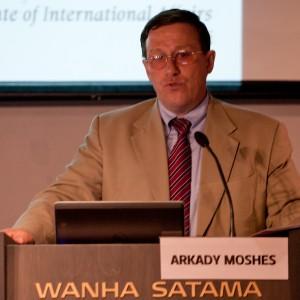 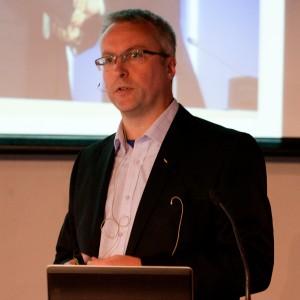 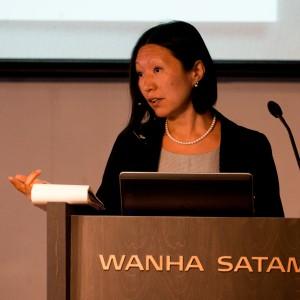