The EU struggles with two competing tendencies: one of inclusion of diversity and one of exclusion of otherness. This dichotomy is nowhere played out more clearly than in the EU’s relations with its neighbours. In the seminar two experts present their views on the EU’s role and future prospects in its estern neighbourhood.

In his presentation, Dr. Fabrizio Tassinari first pointed out that the title of his new book, Why Europe Fears its Neighbours, is of course a provocation but at the same time a fitting one as it conveys the nexus between security and integration. The EU’s eastern neighbourhood is very diverse and after the enlargement of 2004 the enthusiasm for enlargement and with it the nexus of security and integration have been fading out. A challenge that the EU is facing, particularly in its eastern neighbourhood, is that transition from autocracy to democracy is, contrary to what is often written in academia, far from smooth and EU intervention can leave countries in a hybrid state between the two. The question is whether EU policy can actually bring a country all the way from an autocratic system to democratic governance. When it comes to future scenarios for EU foreign policy making, Tassinari pointed out that, first, the institutional division between membership and partnership will blur; second, for the EU to really deepen its relationship with its neighbourhood countries, it needs to use “variable geometry”; and third, for the EU to have more visibility, it must strengthen its normative power – democracy promotion – both bilaterally and multilaterally. As a conclusion, Tassinari stated that the EU’s Eastern Neighbourhood Policy is a test case of what the Union could and should do in its foreign policy.

Dr. Stanislav Secrieru began his presentation by stating that after undergoing an alternation of power against pronounced authoritarian trends in 2009, Moldova emerged determined to adopt a European course. However, due to the failed attempt to elect a new head of state and the looming parliamentary elections, political uncertainty is set to persist in 2010. The newly appointed government has sought to re-launch reforms and create a regional environment conducive to internal transformations. In the medium term, rampant corruption, a faulty justice system and weak administrative capacity inherited from the previous executive are likely to hinder the government’s ability to implement reforms. Russia holds several critical levers, which it can employ to obstruct Moldova’s European course. However, the Russian position in Moldova is gradually weakening as a result of the EU’s growing presence and China’s more active ‘soft counterbalancing’. Although the pace of Europeanization depends on its domestic performance, Moldova will need the sustained support of the EU. Besides a more efficient application of positive conditionality, the EU has to assist Moldova in solidifying nascent pluralism and improving its long-term ability to implement the reforms.

In her comments, Ms Tuula Yrjölä first pointed out that even if the EU is currently not granting enlargement prospects to new countries, it can still retain an integrationist mode. It is important to remember, she further emphasised, that the EU does not equal ‘Europe’ or even ‘member states’, but is an institutional animal. As such, it is not the EU but some individual member states that fear – or rather, feel apprehension towards – its neighbours. And that apprehension is certainly understandable. It is fair to argue that when it comes to its neighbourhood policies, the EU is finally beginning to get in right. In Moldova, Yrjölä continued, one can sense an ambitious yet pragmatic atmosphere – a healthy environment for reforms. In terms of EU assistance to Moldova, the EU can help with corruption, faults in the justice system and the weak administration, but not with the constitutional crisis or the conflict in Transnistria. The EU should provide Moldova with generous assistance as Moldova is, after all, small enough for the EU to actually tackle.

In the Q & A session, the role of China was brought up. As China’s involvement in Moldova has impacted Russia’s policies in the region, can it similarly affect the EU’s policies? It was also inquired whether it is an advantage or a disadvantage that the EU has different policies towards different neighbourhoods. It was pointed out that we should carefully analyse Russia’s ambitions when discussing the EU’s policies towards its neighbours. It was further stated that a European identity is an evolving concept and should not be seen as a homogenous one that reflects the EU as a peace project. The new member states for example might have a different perception of a common European identity than some of the old ones. Lastly, it was inquired what the whole term “neighbourhood” actually conveys.

In his reply, Tassinari first replicated his discussion with a Nordic foreign minister who was intrigued by the title of his book: “Do we really fear them? My perception is that we don’t care about them!” By pointing this out, Tassinari showed that it is indeed true, as Yrjölä suggested, that it is very much individual member states – rather than the whole Union – that might fear their neighbours. He stated that for him, the EU having different policies towards different neighbourhoods is only a sign of healthy competition. Finally, he pointed out that although the EU does not have a single, homogenous neighbourhood, for the EU to have a single, strong voice in the world it should treat the Eastern Neighbourhood Policy as a test case for its foreign policy direction.

Secrieru, in his reply, emphasised that sometimes EU mediation is, as in the case of Moldova’s constitutional crisis, needed. Transnistria, he continued, should not hinder Moldova’s European course. Secrieru believed that the EU would, unlike Russia, pursue its own policies in Moldova regardless of China’s policies in the region. We only have a problem, Secrieru said, if different European initiatives towards different neighbourhoods are blocking each other. Otherwise individually tailored initiatives for different neighbourhoods are an advantage. He further pointed out that the EU should take Russia into consideration in its policy-planning but not adopt reactive policies.

Yrjölä pointed out that China is very much present in Central Asia but does not come with the same “baggage” of requirements for human rights and democracy as the EU. When it comes to Russia, it deals with the EU not as a whole but very much bilaterally with individual member states, which perhaps tells more about the EU than about Russia. It is worth noting that Russia is the first neighbour that seriously challenges the EU as a normative power, she stated. Finally, the EU is not very good at public relations; the Eastern Neighbourhood Policy is very euro-centric. On the other hand, it is also the first time that the EU took proper note of these countries. What would be the best way to transmit our good intentions?

Tiilikainen concluded the seminar by thanking the participants for their close attention and noting that the Finnish Institute of International Affairs will continue following EU policies towards its eastern neighbourhood as well as internal developments in the respective countries. 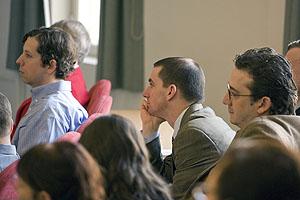 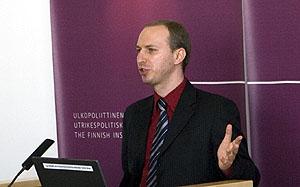 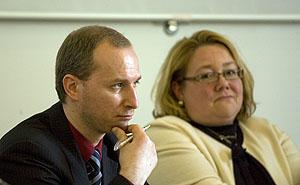 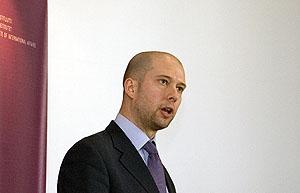 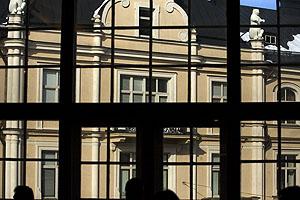 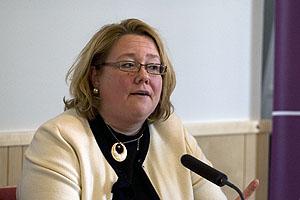