The seminar was opened by Programme Director Mika Aaltola from FIIA and the Deputy Director International Operations of the Finnish Red Cross Päivi Laurila. The speaker was Mr Yves Daccord, the Director-General of the International Committee of the Red Cross and comments were made by Mr Pekka Haavisto from the Parliament of Finland.

In his speech, Mr Daccord analysed three trends that will have an impact on the future of humanitarian aid. The first major trend has been the growing pressure affecting the lives of the recipients of humanitarian aid. Most recently, the current economic crisis has strained the living conditions of people world-wide.

The rise in the price of food has influenced not only daily lives, but also politics around the world. The world has become more and more connected, and as a result problems have become intertwined and thus no longer have only local effects. In consequence, the effectiveness of humanitarian aid cannot be evaluated solely on a local basis, but as a part of a whole.

Most of today’s crises have been going on for years, even decades. Many people in areas of turmoil have been living amidst a crisis for years, or even for their whole lives. These straining circumstances also have an effect on humanitarian organisations, as chaotic situations have resulted in a reduction, or even non-existence of social services from the state.

Another major factor affecting the future work of humanitarian organisations is the change in the international sphere. The world has become more multipolar, but simultaneously the importance of national sovereignty is being emphasised. In recent  humanitarian disasters, the possibility for international action has been severely restricted. Countries have underlined their need to have control over the humanitarian response on their soil: this was the case in Myanmar, Kenya, Pakistan and Sri Lanka for instance, with the exception of Haiti.
The model for this reaction has come from Europe, where the countries have historically been reluctant in letting others have a role in solving their internal problems. Such examples from Europe include the cases of Northern Ireland and Spain during times of internal violence. The increased demand for national control over the humanitarian sphere has, and will, cause challenges for rapid action.

The transformation in the nature of wars will also be changing humanitarian action in the future. Future wars will not look like the one in Afghanistan, where international forces are centrally involved in the actual fighting on the field. The involvement in Afghanistan and Iraq has taught many lessons for the nations that have been absorbed into open war, which has lasted for over a decade. In trying to predict what the future of warfare will look like for many western states, the remote controlled drone-wars fought over Pakistan or Jemen might be a better example of what is to come. Many countries are involved in these operations, but do not even consider themselves being at war. Their engagement has never been under an open debate in their national parliaments.

Another element that will be affecting humanitarian organisations is the power of the individual. The emergence of this power could be seen not only in Egypt and Tunisia, but also in China. New communication technologies give people a more direct contact with the providers of aid and can affect the decision making of these organisations by providing firsthand information that differs from official sources.

After describing issues that will have an effect on humanitarian action in the future, Mr Daccord discussed the role of the UN in Syria, and the current situation in the country. He saw that the situation was very alarming, and will not be easily solved. Economic factors combined with the high level of violence put a lot of pressure on the population, and as there is no coherent party that can realisticallychallenge the regime, many Syrians have not stopped supporting the government.

The UN has learned from its earlier interventions and has divided its approach to the situation in Syria into two tracks: one political and one humanitarian. This is a positive change. Nonetheless, the role the UN is playing in the political field will still affect its credibility as a humanitarian actor. The worst examples come from countries where the UN is seen as a party to the conflict, regardless of whether it plays a military role or not. This puts a negative light on all UN action in the area, and makes it more difficult for the organisation to act as a provider of humanitarian aid. The key element in offering humanitarian aid is to not involve political goals on the agenda, otherwise credibility and trust from the people is instantly lost. Another key element in humanitarian action is to be, and remain, impartial. This goal includes talking to all the parties involved in the conflict, including those ones labelled as terrorists.

In his comments, Mr Pekka Haavisto also underlined the importance of talking to all parties of a conflict, and emphasised impartiality when providing humanitarian assistance. He stressed the importance of keeping aid and politics separate, and reminded listeners that mixing the two is very likely to create tension and bitterness in the population. He touched upon new challenges for humanitarian action, and pointed out the change in the role of civilians in warfare. Civilian populations have not only become targets in warfare, but soldiers also take advantage of the protected role of civilians by merging with the population and thus finding shelter among them.

The questions posed to the speakers included the concern on the security of humanitarian workers. Mr Daccord agreed that the issue of security on the ground will have a major effect on the future of humanitarian action. Some changes have occurred in the actions of the ICRC since humanitarian workers have more frequently become targets in warfare. The guiding principle has become to work closer to the locals, by spreading the field of action to other regions, beyondthe capital areas, but also by including locals in the humanitarian work.  Nationalities and colour do make a difference on the field, and the aim has been to bring together people from varying backgrounds. Recently there have been problemswhen NGO workers have been linked with the international justice system in the eyes of the locals. This has been a major setback for their work, as it has generated lack of trust.

The role of NGO’s as peace mediators was also brought up. Neither of the speakers thought that humanitarian organisations should take this path, since failing the peace negotiations can mean losing connection with one party of the conflict, which in turn might disrupt humanitarian assistance. These roles should be separate also for reasons of professionalism. In addition, one organisation working with a double agenda can hurt the other organisations on the field as well. 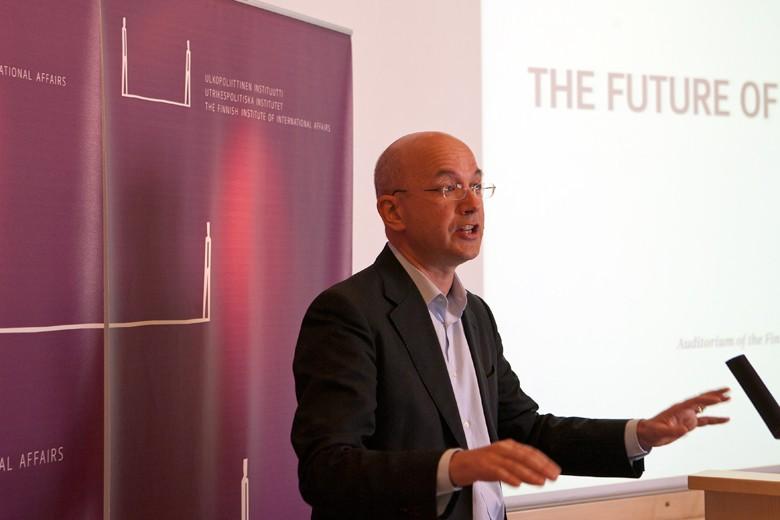 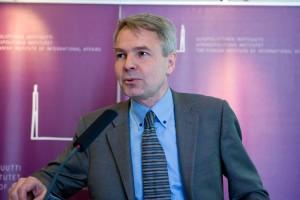 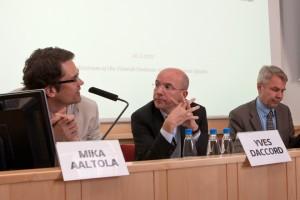 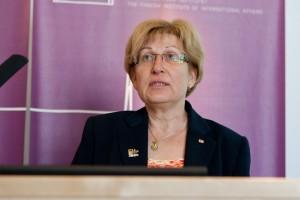 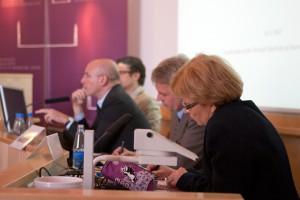