President Barack Obama’s decision to consult with Congress prior to potentially using military force in Syria has again reignited the debate about the relative war-making powers of the US Congress and the President. In past decades presidents have increasingly emphasized their authority to wage war. It is possible that President Obama’s decision to seek congressional authorization for the use of military force in Syria will in the future be seen as a moment of change in US foreign policy-making.

The seminar will address the implications of this potential change in the relationship between the president and Congress vis-à-vis foreign policy. What are the main factors shaping this relationship? How does the current domestic policy and political context affect the making of US foreign policy?

Jordan Tama is Assistant Professor of International Relations at American University (D.C.) and Research Fellow at the Center for Congressional and Presidential Studies. During 2013-14, he is also a Fellow at the Woodrow Wilson International Center for Scholars. Dr. Tama is the author of Terrorism and National Security Reform: How Commissions Can Drive Change During Crises and he has published articles on U.S. politics and foreign policy in The New York Times, The Washington Post, Foreign Affairs, Foreign Policy. Dr. Tama has served also as an intelligence and counterterrorism policy adviser to Barack Obama’s 2008 presidential campaign. He is currently writing a book on the politics of U.S. foreign policy making.

Henriette Rytz is a research associate with Stiftung Wissenschaft und Politik / German Institute for International and Security Affairs (SWP) in Berlin, Germany, where she works on U.S. domestic politics and U.S. foreign policy. Prior to joining SWP, she was a Congressional Fellow in the U.S. House of Representatives. Ms. Rytz holds a PhD in Political Science (pending publication of her thesis in October 2013) from the Free University Berlin. Her current research focuses on transatlantic relations, demographic and societal changes in the United States, and U.S. policy responses to the rise of new powers within the international system.

Anna Kronlund was awarded a PhD degree at the University of Jyväskylä in 2013. In her dissertation Kronlund focused in the parliamentary and presidential powers dealing with the exceptional situations. That study analyzes the debates on the war and emergency powers, particularly, in the US Congress and the Weimar Nationalversammlung in the specific time periods. Her research interests include US politics and particularly US Congress, the political decision-making culture in the US and the debates on the use of war and emergency powers in the US context.

Tiilikainen explained the focus of the seminar: interaction of the key bodies in the US political system, which are the president and Congress. Tiilikainen noted that academic circles related to US research are small in Finland. More US related research should be conducted – and so it will, since the Jane and Aatos Erkko Foundation has granted significant funding to the Finnish Institute of International Affairs to establish the Center for US Politics and Politics and Power, in which US-related research is being conducted between 2013–2016.

Dr. Tama started his presentation by explaining the roles of Congress and president in US foreign policy which are defined in the US constitutional law.  In the US, Congress acts independently- and in this sense its’ role differs from various other countries – this may also lead to conflicts between Congress and president. The following explains the situation: the president has power to negotiate international treaties and he is the commander-in-chief of the armed forces, but Congress has to ratify international treaties and rule on- for example – on war.

The president’s power has been increasing since the Second World War and is still on increase. The president is more visible compared to Congress and public opinion also tends to be on president’s side. The president can act faster than Congress and sometimes presidents have taken quick decisions; in most cases Congress has agreed with them. For example, presidents have been decisive on limited military actions by stating that Congress’s approval is not needed as it is not a question of war. However in September 2013 President Barack Obama took a question concerning the limited military strikes to deter the use of chemical weapons in Syria to Congress. Tama does not see this as a turning point: in his opinion it is possible that next time military actions can be authorised again by the president only. This time public opinion towards the military actions was negative, and president Obama considered that it is essential ask for Congress’s authorisation.

Tama stressed that polarisation between Democrats and Republicans is a current problem in the US Congress. In other words, there is no political centre in Congress and all representatives are sticking to their parties’ opinions. The polarisation is caused by primary elections in which party primers are voted.

The presentation of Dr. Rytz gave a concrete example to what kind of problems the polarisation of US Congress could lead. The time of seminar Washington was going over the fiscal cliff because of two reasons. The new fiscal year was about to start on the day after seminar, but Congress – which has power to rule on budget – had been unable to pass a budget. Also soon the US would be about to reach the debt ceiling. If the budget was not adopted on time the government would face a shutdown. If the debt ceiling was going to be reached, international trade would be affected.

The current (113th) Congress has not been able to pass many laws and also the quality of laws has decreased. Congress has hardly been able to compromise on anything. Instead of solving problems, it tends to postpone decisions until last minute or sets new deadlines. Rytz stressed the significance of a well-functioning political process for policymaking: She argued that US political process is currently in crisis, which is why the US faces political deadlock.

Dr. Kronlund acted as commentator for Dr. Tama and Dr. Rytz. While the previous speakers had explained the US foreign policy making and relations between the president and Congress in detail, Kronlund concentrated on the specific debates on president’s and Congress’s powers in foreign policy making and particularly to the debates on the legislative-executive relations from the war and emergency powers perspective: she explained the interaction of the president and Congress on war powers. She stressed the importance of constitution and statutory law, these documents define Congress’s and president’s roles and how these are interpreted in different political contexts.

Kronlund considered if President Barack Obama’s decision to seek congressional authorisation, in September 2013, for the use of military force in Syria will be seen as a moment of change in the US foreign policy-making.  President’s power has been rising since the Second World War. Already in the 1970s this was not approved by Congress. The discussion about bypassing the Congress – in war related questions – rise after the Vietnam War and Watergate Scandal, and bombing campaigns in Cambodia and Laos. To restore its constitutional power – in respect to war and national emergencies – Congress passed the following legislation: the War Powers Resolution in 1973 and the National Emergencies Act in 1976. Passing these laws is seen as a momentum of change.

However, also after the 1970s’ unilateral decisions by about military actions (for example Libya in 2011) has been taken by presidents. In regard to Libya for example, the president stressed that the situation was not such that the War Powers Resolution should be followed.This indicates that the momentum of Congress in the 1970s has been lost. The War Powers Resolution and the National Emergencies Act are still valid legislation and therefore the momentum of Congress is still felt on. In this sense it will be interesting to see, to what kind of debates President Obama’s decision to seek the congressional authorisation for the possible use of military force leads.

Various questions were posed during the seminar, some of them are briefly summarised here. Few questions concerned about the polarisation: if there is a change in near future in the polarisation of Congress; and to what extend the society is polarised. The polarisation is probably getting worse, because of the party primary elections; the Congress in the US will consist on hard-core party activists.  Also media and information is more polarised than in the past. However most US citizens are politically moderate. Also, more than 4/5 do not approve of what Congress is doing.

How could the political deadlock in the US be overcome? The American people are resilient when it comes to obstacles, at some point the solution is found and decisions are made. In fact, the situation cannot get a lot worse. Already now several members of the Republican party have refused to run for office in the existing environment. This means that the party starts to realize the magnitude of the problem.

Do foreign partners understand the problematic situation of the US? The problems have been showed in media but not yet taken as seriously as they should. The image of the US in the global markets is still strong, but if the government faces a shutdown and the debt ceiling is being reached, global impacts are obvious.

Teija Tiilikainen ended seminar by saying that the Finnish Institute of International Affairs will continue with US-related topics during the autumn. 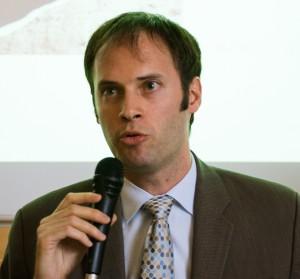 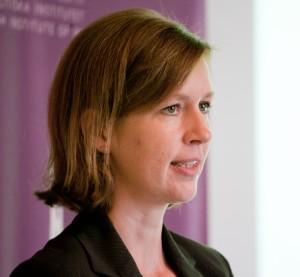 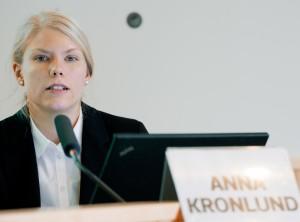