In his presentation, Dr. Torbakov will address the issue of Ukraine’s direction in the aftermath of the presidential election and discuss the constraints the country’s new leadership will have to cope with in pursuing domestic and foreign policies.

Dr. Torbakov is Senior Researcher at the Finnish Institute of International Affairs in Helsinki. A trained historian, he specializes in Russian and Eurasian history and politics. Before coming to Helsinki, he was a Fellow at the Swedish Collegium for Advanced Study, an Istanbul-based analyst for Open Society Institute and the Jamestown Foundation, a Visiting Fellow at Harvard University, a Fulbright Scholar at Columbia University and a Visiting Scholar at the Woodrow Wilson Center in Washington DC.

Dr. Arkady Moshes welcomed everyone to the seminar to discuss the developments in Ukraine and how the country looks like after the presidential elections.

Dr. Igor Torbakov started his presentation by saying that the President-elect Yanukovych will be presiding over a country that is more dysfunctional, more corrupt and in a worse economic shape than it was five years ago. The key issue for the new leadership is whether it will be able to govern itself. At this point it is hard to tell, but it is worthwhile to take a look at the possibilities within which the president will operate.

Dr. Torbakov analysed three major issues; Ukraine’s domestic politics, the economic situation and international relations. In reference to domestic policy, the new president will likely be seeking to establish a strong government. But there are several factors that will work against the Yanukovych administration’s attempts at consolidating power and streamlining the country’s political process. The attempt to try to unravel the existing coalition, including Prime Minister Tymoshenko, is a more difficult task than the new leadership thought. Until Yanukovych’s Party of Regions is able to establish its control in parliament, the new president will be rather weak. The Party of Regions itself is a loose grouping with competing interests. This struggle and the conflicts limit the president’s room to maneuver. There appears to be a consensus among the country’s “oligarchs” that the current political arrangement is preferable to a strong presidential power, because most of them lived through the “Kuchma times” and they didn’t like it. The present-day “democratic” system is much more to their liking. Also the new leadership got an extremely low credit from the voters, which shows the voters’ disillusionment to all the people in power and it also means that the new president’s room for maneuver is limited.

Ukraine has been hit hard by the global economic downturn. The country has no real way of financing its budget deficit. The new president will need to secure serious political backing in order to push through radical austerity measures: to slash public spending and to raise heavily subsidised energy prices. In order to push these measures through, the new leadership needs a strong coalition in the parliament.

Ukraine is a typical “in-between” country, situated between the European Union and Russia and it is heavily dependent on these two key neighbours. Kiev’s international options are limited. Yanukovych will have to deal with Brussels, which is highly sceptical of Ukraine’s ability to deliver. It also has to deal with Washington and moreover with Moscow, which is probably less paranoid about Ukraine’s geopolitical loyalty than it was 5 years ago, but still bent on expanding its influence. Gas relations are a cornerstone for Ukraine, and the issue, how it manages to pay its gas bills to Russia. The Kremlin’s new pipelines, Nord Stream and South Stream, will significantly limit Kiev’s ability to use energy transit as a strategic leverage with Moscow.

Integration with Europe has long been Ukraine’s foreign policy priority. However there are two problems. The EU was underwhelmed by Kiev’s previous performance and is now experiencing “Ukraine fatigue”. The second problem is Russia and Europe’s angst about Russia’s geopolitical sensitivity. Ukraine critically needs more EU engagement, and at the same time, both the EU and Ukraine have to re-conceptualise the rules of engagement.

In his comments Mr. Oleksii Selin said that it is too early to speak about the changes in Ukraine, but also said that there will be no big changes in the policy of the new leadership. Yanukovych believes that the strategic goal is integration with Europe and the negotiations will be more pragmatic. Yanukovych also wants constructive relations with Russia and he has to rebuild the relations as a main strategic partner. The new leadership will carry out some administrative and institutional reforms and fight against corruption, but it will be seen if Yanukovych is able to fulfil these tasks.

In the Q&A session the court appeal by Tymoshenko to contest the elections results was discussed. The general opinion was that the appeal would not be successful and cannot cancel the result.

Yushchenko’s presidency was analysed and Dr. Torbakov said that it was five wasted years that created lot of disappointment. Yushchenko’s foreign policy was a disaster, because he ended up ruining all the relationships, including the relationship with the EU. It was also brought up from the audience that the EU is important to Ukraine, but we should not forget that also Ukraine is important to the EU. Dr. Torbakov agreed and stressed that the integration process has to happen step by step and we should not mix up integration and membership. There was a question on how the new leadership can run a country that is so divided, with the western and northern regions supporting Tymoshenko and the eastern part supporting Yanukovych. Dr. Torbakov admitted that it will be a difficult task to complete the nation-building process. The key thing for Yanukovych is to try to be a president for the whole country and not just a part of it. 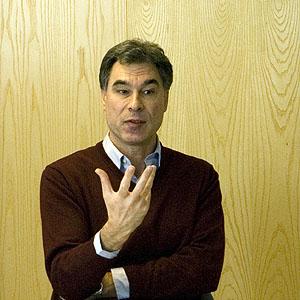 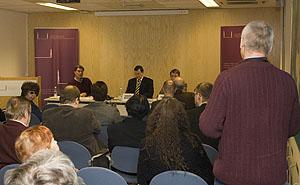 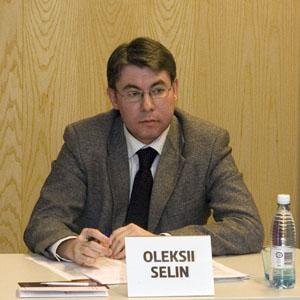