etusivu / Tapahtumat / The Union for the Mediterranean: Challenges and...
jaa
jaa

Mr Sijilmassi is a career Diplomat for the Moroccan government. After working in the banking sector as a representative of the Banque Commerciale du Maroc in Milan, he was nominated as Director of International Trade Relations at the Ministry of Trade where he played an active role in the negotiations of free trade agreements with the European Union, the United States, and several Arab and African countries. From 2003 till 2004 he was the Ambassador of Morocco to the European Union and then to France (2004-2009). Before assuming the post of the UfM Secretary General in February 2012, he was the Managing Director of the Moroccan Investment Development Agency.

Ms Aishi Zidan is a staff writer at the foreign news desk of the Finnish daily newspaper Helsingin Sanomat, specialising in the Middle East. She has studied sociology and Arabic and Islamic studies at the University of Helsinki. She has also studied the Arabic language in Jordan and Lebanon. Ms Zidan is currently working on her Master’s thesis on the sectarian dimensions of the Syrian civil war.

Mr Sijilmassi presented the UfM as an organisation. The UfM comprises 28 EU Member states and 15 Southern and Eastern Mediterranean countries. A strong political commitment exists as 43 countries representing an overall population of 800 million citizens. In the UfM a co-ownership between the European Union and the Mediterranean countries is a key in enhancing cooperation and partnership in the Mediterranean through the implementation of concrete projects. The UfM aims for socio-economic development, regional integration, sustainable development and exchange of knowledge, as well as for synergy with other key stakeholders in the Euro-Mediterranean region.

The UfM is chaired by two co-Presidents, one from the North: the European Institutions, and a rotating one from the South. The Senior Officials of the 43 countries are mandated to deal with all aspects of the UfM. The secretariat is based in Barcelona and led by a Secretary General. The secretariat is financed by the European Commission and contributions by member countries. Altogether the funding strategy of the UfM is to strengthen relations with international and bilateral financial institutions, to develop long-term private sector partnerships and strategic alliances and to develop financing tools for projects.

According to the work programme of the Secretariat, its priorities are Water & Environment, Transport & Urban development, Social Civil Affairs, Energy, Higher Education and Business Developments. Projects (such as the ”Desalination Facility for the Gaza Strip” project or the ”Jordanian Railway Network” project) and programmes (such as Woman empowerment, Youth mobility in the Mediterranean or Job creation and access to employment: MED4JOBS) implemented by the UfM concentrate on these priority areas. In the UfM, regional and sub-regional integration is high, especially through large projects to develop transport, energy and water infrastructures. Variable geometry allows member countries to participate in projects of interest for them. In the Mediterranean area the UfM is a unique institution: it is the only institution which can deliver concrete regional projects and at the same time coordinate and build consensus in the area.

Ms Zidan’s comments were based on her personal experiences of the region: she is familiar with the Mediterranean area. In her opinion the UfM has been successful in including countries directly in its processes. Here the projects implemented by the UfM have an important role. The socio-economic approach is important, and especially after the Arab Spring economic growth is one of the key issues in order to stabilise the area. The EU should cooperate with local companies and invest in these as well as in the infrastructure. However, in Ms Zidan’s opinion the UfM could still take a more effective role in strengthening the democratic institutions such as civil society and media. Also the UfM should concentrate on the youth unemployment which exists basically in all the Arab countries. It is worth noting that the circumstances differ between regions.

At the end of the seminar the floor was opened for questions and comments. These questions and comments related for example to the possibility to concentrate more on developing democratic institutions, immigration, information technology in the region, and how to prevent corruption in the projects. 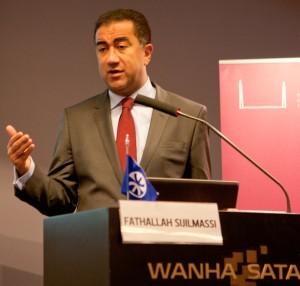 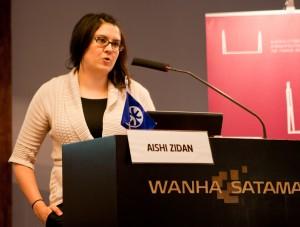 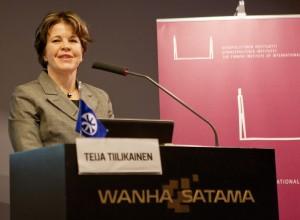 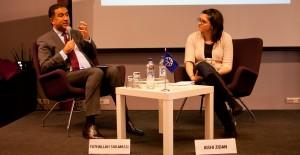