Turkey has gone through a major transformation during the last decade, an era defined by the AKP. However, recently it has become difficult to assert where exactly Turkey is heading. Is there still a chance to remake the AKP as a liberal-democratic party? Has the EU-prospect been completely lost with the AKP’s increasingly illiberal tendencies? What are the main determinants of Turkey’s political process as the country approaches the presidential elections in August?

The seminar dealt with the ongoing transformation of politics in Turkey. Director of FIIA, Dr. Teija Tiilikainen opened the seminar by expressing her delight over the renewed research focus and expertise on Turkey at FIIA. She presented Senior Research Fellow, Dr. Toni Alaranta, whose Briefing Paper The End of the EU project in Turkey? Determinants of Turkey’s EU bid under the AKP regime was published that same week. Dr. Tiilikainen emphasized an interest in Turkey’s negotiations with the EU and was eager to hear about Turkey’s position in the negotiations from the Turkish perspective.

The first speaker, Dr. Binnaz Toprak, Member of Turkey’s Parliament, pointed out that republican secularism has marginalized religious people from political power centers and social status groups. At the time when the AKP was rising, the attitudes became more conservative around the country, especially outside Istanbul. She accused the predecessors of the AKP of leaving deep wounds in Turkey’s society and questioned the AKP’s democratic character. In 2002, when the AKP came to power, the Party had a perfectly liberal-democratic programme which included for example the promise to carry Turkey to the EU. There was very little to complain until 2007. Now the power has concentrated to the hands of the Prime Minister Recep Tayyip Erdogan, who has everything from the police forces to the press under his iron fist. Dr. Toprak suspects that his goal is to replace the parliamentary system with a presidential system in the coming presidential elections, in which PM Erdogan will be a candidate. She also emphasized that Turkey has become a deeply polarized society.

Mr. Halil M. Karaveli agreed with Dr. Toprak that democratization has not taken place in Turkey. He suggested that this is due to underlying structural reasons and because Turkey’s history has been misunderstood in Turkey and in the world. The dominant narrative is that Turkey’s history is full of struggle between the state and society, the military and civilians, and periphery versus center. It is commonly believed that the problem in Turkey is that State controls society. He suggests that these divisions left aside economic and class relations and the left-right division. Mr. Karaveli quoted Marx, who believed the State to be executed by the dominant class. It is not a coincidence that the AKP has been blamed for becoming a State itself. He finds that all four coups in the 20th century were about material interests, and the answer has always been to crush the left and ensure Turkey’s economic integration to the global economy. The key to democratization in Turkey is to have a working class choice and challenge the AKP.

Dr. Toni Alaranta commented Dr. Toprak’s opinion on secularism by questioning the functioning of inclusive secularism in a society with only one major and dominant religion. He also pointed out that democracy does not self-evidently decrease extremist thinking in Islamic groups, but an oppressive regime might do that. He suggests that the AKP does not need to follow its initial programme now that it has become a hegemonic actor, and that the AKP used the EU in an instrumental fashion to cement its power in the Turkish society. The commonly held idea that liberalization of economy would bring democracy has not been realized in Turkey and the EU as a value and norm institution has not attracted the Turkish society.

Opening the floor to discussion and questions embarked the speakers on a lively debate. Questions included: Did the AKP have a hidden agenda from the beginning, or what changed the AKP? What alternatives can Dr. Toprak’s Republican People’s Party (CHP) offer? What if the recent economic development, driven by national consumption, turns out to be a bubble? Have there been any developments regarding women’s rights in Turkey?

Dr. Toprak suggested that if the AKP had a hidden agenda, that was about democracy. She pointed out, that the CHP does not have a ”portfolio” to show to people because of lack of government experience lately, but she believes that civil rights, liberties and rule of law are the CHP’s subject field. She fears that women’s rights have declined in spite of their growing presence in the Parliament. Concerning economy, Mr. Karaveli believed that a bubble would shake the political model, which is dependent on foreign capital. He finds it contradictive, that the government has to spread money to the lower classes while conducting neoliberal economics.

The seminar was brought to an end by the concluding remarks of Dr. Alaranta, who reminded that we should not underestimate the power of ideology in the AKP’s stance towards the EU. 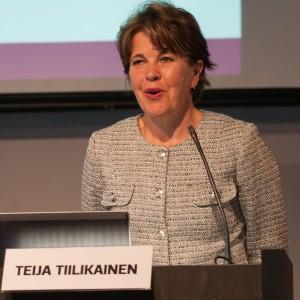 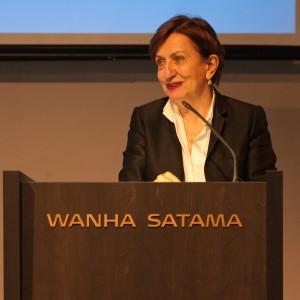 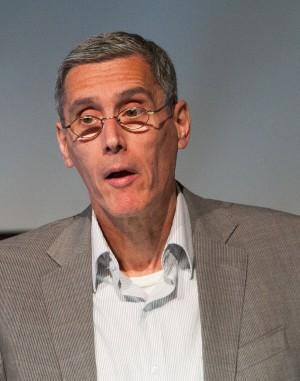 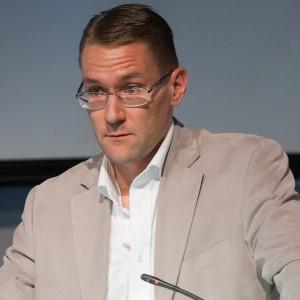