etusivu / Tapahtumat / What Future for the EU’s Eastern...
jaa
jaa

Ten years ago the EU and six partner countries – Armenia, Azerbaijan, Belarus, Georgia, Moldova and Ukraine – established Eastern Partnership (EaP), a joint initiative to promote a more institutionalised relationship of cooperation between them. The aim was to provide a pathway for these countries to deepen their relations with the EU in the absence of membership perspective and to achieve regional synergy. However, while Georgia, Moldova and Ukraine signed association agreements with the EU, political stability and economic prospects in the region are facing notable challenges. Furthermore, the Russian annexation of Crimea and military destabilisation of eastern Ukraine dramatically altered the security landscape. This FIIA seminar will examine the key achievements of EaP and the evolution of the initiative in recent years, and debate whether there is a future for a joint regional approach. The seminar aims to contribute to the so-called post-2020 planning process on the future of Eastern Partnership.

During the ten years since its establishment, the EU’s Eastern Partnership has achieved successes especially in the fields of economy, connectivity and people-to-people contacts. The Eap has increased economic cooperation between the EU and its Eastern Partner countries, which taken together form the EU’s 10th largest trading partner. Under the broad topic of connectivity, the Eastern Partnership has been successful for example in improving infrastructure and energy efficiency of the region. Improvements made in the mobility of academia as well as the working population through visa liberalisation and exchange programs have increased people-to-people contacts. Improvements in digital technology have also played a part in growing cooperation in the fields of research and education.

In addition to the achievements made, the seminar also brought up some of the shortcomings of the Eastern Partnership. Whereas developments have been made in the fields of economy, connectivity and society, a lot remains to be done when it comes to governance, especially regarding matters such as rule of law, fight against corruption and strengthening free and independent media. Therefore, one of the questions raised in the seminar was, what can be done about these issues? While the EU should motivate those member countries that have chosen a more European orientation, it should also aim to keep the EaP an inclusive framework for all the partner countries.

During the seminar, the EU’s Eastern Partnership was criticised for lacking a clear strategic goal. Member states within the EaP have been unable to reach an agreement on what they want to achieve with the joint initiative. In addition, the regional cohesion of the area was described as less than ideal. Regarding scarce improvement in governance-related issues, it was argued that the Eastern Partnership countries themselves should take more responsibility in the matter, such as work in solving institutional issues and corruption. However, it was added that at the moment there does not seem to be enough incentive for this. European norms have not been accepted by all the countries within the EaP, and some states such as Moldova have also taken clear steps back.

The seminar also viewed the EU’s Eastern Partnership in the wider geopolitical context, which has experienced a change mostly due to growing tensions between the European Union and Russia. It was noted how, especially after Russia’s annexation of Crimea, the European Union’s weakness as a security actor in the region has been highlighted. While the EU does not want to see the EaP as a geopolitical project, Russia sees it as such, and it was suggested that this discrepancy should be tackled with symmetric behavior from the EU. It was also argued that during the last ten years, the region has become less secure and less prosperous than before, as only one of the member countries has not been involved in a territorial conflict during the time-period. At the same time, Ukraine has become the poorest European country with Moldova following second. The geopolitical shift has also had an impact on trade development, as for example Russia has become a less important actor in relation to trade with Ukraine. Another noteworthy change in the region is the rise of China and its importance as a trading partner for the EaP countries, which will bring new challenges and raise new questions for the EU and the Eastern Partnership going forward.

The EU was also criticised for avoiding tackling the more difficult issues relating to the region, focusing more on what can be done, and not what needs to be done. However, it was also noted that despite the bumpy road of the Eastern Partnership in the past decade, the EU has not stepped away from its main commitments within the EaP and has developed new ways of engagement. Efforts to improve connectivity, to build resilience (for example through work on cybersecurity), and to increase cooperation with civil society in partner countries, have also geopolitical significance.

Lawrence Meredith has been Director for Neighbourhood East in DG NEAR in the European
Commission since 1 December 2015. In 2015, he was Head of Strategy in DG NEAR, and led
work on the European Neighbourhood Policy Review. Previously, he has worked for 10 years on
Enlargement Policy, both as Head of Strategy and Head of the Kosovo Issues Unit. He worked in
the Cabinet of Commissioner Louis Michel on Southern Africa & the Pacific.

Dr Kristi Raik is the Director of the Estonian Foreign Policy Institute at the International Centre for
Defence and Security since 1 February 2018. She is also an Adjunct Professor at the University of
Turku.Kristi has previously served, inter alia, as a Senior Research Fellow and Acting Programme
Director at FIIA; as an official at the General Secretariat of the Council of the European Union in
Brussels; and as a Visiting Fellow at the Centre for European Policy Studies in Brussels and the
International Centre for Policy Studies in Kyiv. Kristi has a PhD from the University of Turku. She
has published, lectured and commented widely on European foreign and security policy.

Arkady Moshes is the Programme Director of the EU’s Eastern Neighbourhood and Russia research
programme at FIIA. From 2008 to 2015 he was an Associate Fellow with the Russia and Eurasia
Programme at Chatham House. He received his PhD from the Institute of Europe, Russian Academy
of Sciences in Moscow. His main areas of expertise include Russia-EU relations and the internal and
foreign policy of Ukraine and Belarus. He has written extensively on those issues, as well as on Russia’s
policy toward the CIS and Baltic States. 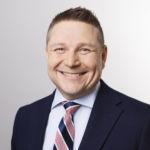