The Transatlantic tie between the Northern America and Europe continues to be of great importance in global governance and security. However, in today’s world, the two sides of the Atlantic face common challenges and the relationship is undergoing changes. The seminar will discuss ongoing transatlantic trends. What are the current trends shaping the transatlantic politics? How will the economic, social and political changes influence the transatlantic relations in the decade to come?

This seminar is organized in conjunction with the publication of Transatlantic Trends report by German Marshall Fund of the United States (GMF).

Dr. Teija Tiilikainen, Director of the Finnish Institute for Foreign Affairs, opened the seminar by welcoming the speakers, Dr. Constanze Stelzenmüller, Senior Transatlantic Fellow of the German Marshall Fund of United States and Minister (hon.), and Ambassador Jaakko Iloniemi. Tiilikainen stressed the importance of the topic: to reflect upon transatlantic relations when the world is facing great economic and demographic changes.

Stelzenmüller presented the Transatlantic Trends Survey in general and showed the survey’s results of 2013.  Transatlantic Trends is an annual survey of U.S. and European public opinion and it has been conducted since 12 years. The survey tells how people see transatlantic relations and the world in political, economic and cultural terms. The data for the survey is gathered from 13 different countries including the U.S., Turkey, France, Germany, Italy, the Netherlands, Poland, Portugal, Romania, Sweden, Slovakia, Spain, and the United Kingdom. Stelzenmüller’s presentation the 2013 results consisted of five chapters. 1. Transatlantic relationship and global views, 2. The economic crisis, 3. Transatlantic security, 4. Mobility, migration and integration and 5. Turkey.

Chapter transatlantic relations and political views reflect on public opinion about the relationship between the U.S. and Europe and the balance of the power. Answers split on when asked who should take leading role in this relationship; but Americans and Europeans continue to see each other as their most important partners (compared to China and Russia). Large groups of respondents are willing to let American and Europe take a more independent approach, but majorities or pluralities say the relationship should remain the same or become closer. China is seen as an economic threat (and a military one in the U.S.), but emerging economies, such as Brazil, India, and Indonesia, are seen as an economic opportunity rather than a threat. According to the public view, approval for Obama’s foreign policy is declining (although still at very high levels of 2/3s to 3/4s); however, respondents like their own governments’ foreign policy even less.

In 2013 people feel the impact of economic crisis even more strongly than in previous years; also more and more people see the economic system as unfair. Majorities consider that government spending should be cut. The EU is still seen as good for member states’ economies, but the Euro is increasingly seen as bad for them; still, only a small fraction of those who think the impact of the Euro has been bad want to return to their old currencies. Europeans prefer national control over budgets and broad support for transatlantic trade exists on both sides.

NATO is still viewed as an essential alliance of democracies but opinions differ on the amount of defense spending; most respondents want to either maintain or cut it. Most support training police and army in Afghanistan; opposition to Syrian intervention seemed to be on the rise (however as the survey was conducted in the month of June, it does reflect on the recent discussion about limited military strikes to deter the use of chemical weapons Syria). In the U.S. and EU majorities prefer democracy to stability in the Middle East but between the two continents there is clear disagreement about the use of armed drones to kill suspected enemies.

Answers to questions about mobility, migration and integration tell that views are divided on whether immigration is seen rather as a problem or an opportunity – Germany and Sweden. More people are worried about illegal immigration than about legal immigration; and the number of immigrants is overestimated everywhere. Most respondents do not think that there are too many immigrants in their countries (except in the UK, where a majority held that view), but most think that their governments are handling immigration poorly – however, many also say that immigrants are integrating well.  In most countries emigration is seen as a problem. The economic impact of immigration is multidimensional: on one hand it is considered that immigration is a burden on social services and takes jobs away from others and on the other hand immigration can create and with the help of immigrants the available jobs can be filled. However, two-thirds majorities across Europe say that they see immigrants as enrichment rather than as a threat to their national cultures.

Stelzenmüller presented the results of Turkey separately and according to them it can be said that Turkish respondents feel that their country should act alone. Of all countries only Turkey wants to spend more on defense and according to their own opinion Turks are less affected by the economic crisis.

According to Stelzenmüller the key findings of Transatlantic Trends 2013 are the following: a. Transatlantic majorities still support global burden sharing but accept a more independent approach, b. Deepening negativity about EU governance, c. Syrian intervention increasingly undesirable, d. NATO is essential because it’s a community of democracies, e. On the whole immigration is seen as beneficial and f. Turkey, divided on NATO, wants freedom to act alone.

Minister (hon.) Iloniemi commented on the Transatlantic Trends survey and transatlantic relationship in general from the perspective of the EU. Iloniemi is of the opinion that nowadays the transatlantic relationship is not a mere delusion but really exists and as well a common interest to maintain this relationship exists. Many European countries have a special bond with the U.S. As examples Iloniemi mentioned the UK and France as well as Germany, from which a great number of citizens emigrated to the U.S. Also, the U.S. had a significant role in post war construction in Germany.

Even though the bond between the U.S. and EU is strong, the relationship – according to Iloniemi -faces difficulties. Diversity in Europe is wide and the EU has no strong leadership. U.S. governance is more dictated, Europe trusts more in consultation. Also the Europeans and the citizens of the U.S. do not know each other well enough; they do not understand each other. Understanding could be improved by well-organized research and study exchanges – also tourism may be helpful.

Iloniemi stressed the importance of policymakers’ opinion—which is not addressed by the Transatlantic Trends survey. The general public’s opinion tends to be friendlier compared that of policymakers. The policymakers have a different perspective on issues. Stelzenmüller noted that GMF and its partners have done several elite surveys in the past (the last in 2011), but that these are highly complex and very expensive to do.

Dr. Teija Tiilikainen ended the seminar by reminding the audience that the Finnish Institute for Foreign Affairs has received funding from the Jane & Aatos Erkko foundation to conduct research on U.S. relations. 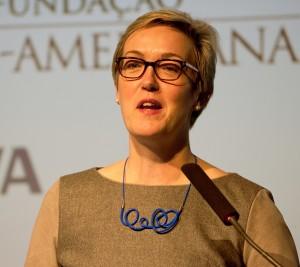 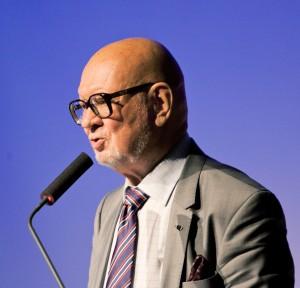