With the announcement of ‘America’s Pacific Century’ in 2011, economically vibrant and politically active Asia-Pacific region, and particularly China, was publically recognised as the new top priority in the US foreign policy agenda. The subsequent policy response, the so-called US rebalancing to Asia, has become topical from economic, security and political perspectives. For example, the US has pursued the Trans-Pacific Partnership (TPP) in the economic sphere, increased its military presence in the security sphere, and improved partnerships in the political sphere. These developments were carefully followed in Europe, accompanied by a growing fear that the US was leaving Europe behind. At the same time, there also appeared questions concerning the ability and willingness of the US to meet the risen expectations related to the rebalancing.
The US Research day will concentrate on looking at the US – Asia-Pacific relations from political, economic and security perspectives. Special emphasis will be paid on the US – Asia-Pacific relations in the wider perspective of US power and world/regional order, as well as on US relations to China and other emerging powers more specifically. What are the prospects and challenges of US collaboration with various Asian powers? How will the regional order, including existing alliances, develop? Does the US rebalancing to Asia have a future, and if so, of what kind? How will the rebalancing develop after the Obama administration?
Morning Session 10:00-12:00 at the Finnish Institute of International Affairs

Mika Aaltola, Programme Director at the Finnish Institute of International Affairs (FIIA), gave opening remarks highlighting the role of the Center for US Politics and Power (CUSPP) as the sole research unit in Finland focusing purely on political and security aspects of the United States in the Nordic-Baltic region. He noted that the Center has an important role enhancing the research of U.S. politics and power that suffered from a decrease of interest after the end of the Cold War. While the interest towards strategic-level knowledge on the U.S. and Russia lessened, the deepening and enlarging European integration started to lure researchers. At the same time, global economic balance shifted in favor of East Asia. However, Aaltola reminds that the primacy of the U.S. has remained important in many parts of the world and we still need strategic-level understanding of its role.

Visiting Senior Fellow at the FIIA, Michael Haltzel, chaired the morning session. He noted that since U.S. Secretary of State Hillary Clinton recognized the Asia-Pacific region as a new top foreign policy priority in the Foreign Policy Magazine in November 2011, the achievements of the new policy have been questioned.

In his speech, Adam Quinn, Senior Lecturer at the University of Birmingham, addressed the context of the U.S. Grand Strategy, and U.S. goals and challenges in the Asia-Pacific region. In the global context, Quinn describes the U.S. as a runaway leader in terms of the distribution of international power. Even though U.S. power is in decline, he still sees the U.S. as central to a network of global institutions, which gives it many advantages and structural influence over other actors. Quinn notes that in mainstream thinking there is a belief that the U.S. should try to maintain its global leadership and responsibility of strategic stability, while accepting that tradeoffs between goals and available resources are needed. Mainstream thinking also holds that rising new powers must be assimilated to global rules and norms. When it comes to China’s rise, the ideal would be to help China to become a responsible stakeholder in the international system. However, Quinn notes that the development depends also on China’s domestic politics and the changes in the levels of nationalism in China and neighboring countries. Quinn concludes, that the U.S. has many interests in the continuing economic growth and stability in China.

Xing Li, Professor at the Aalborg University, continued the morning session by speaking about hegemony and the world order. He sees China as a center of the rising powers, which is now looking at how other countries and regions adapt to the change. He believes that the hegemony of the existing world order is in crisis and the authority of the U.S. and its order is weakening. Prof. Li notes that the hegemony of the U.S. was based on the economic system of Bretton Woods institutions, political and security alliances, a global trade network, and a global value and norm system and ideology. Now, rising states such as China threaten these patterns of global relationships, according to Prof. Li. He leans to a neo-Gramscian definition of hegemony that views the U.S. as the only country being able to shape the world order, but he takes one step further by creating a new concept – interdependent hegemony. In interdependent hegemony, alliances become more issue- than norms-based, and hegemony is based more on threat. Prof. Li notes that whether China will accept or resist the existing order or create a new one will depend on what role Chine chooses to play. He regrets that the U.S. Congress has blocked the rise of China’s share in international institutions.

Elina Kalkku, Director General at the Ministry for Foreign Affairs of Finland, pointed out that people in Europe thought that the U.S. pivot to Asia would mean the end of U.S. interest here. However, crises in economy and in Ukraine and in the Middle East still call for U.S. attention. She remarks that it is normal for the U.S. to have a policy towards the Asia-Pacific, especially because of the size of trade and investments across the Pacific Ocean. The political cooperation can follow the economic cooperation in Asia, as happened in Europe earlier, Kalkku reminds. When speaking about the international system, she noted that exaggerated nationalism presents great risks to domestic and global stability in Europe and in Asia, and that we should not think that conflicts between countries are over. She concludes by proposing an enhancement of codes of conduct in order to avoid unnecessary risk-taking and escalation in the Asia-Pacific.

The presentations were followed by a lively discussion concerning for example what kind of order China would advocate in the future.

Robert Nurick, Visiting Senior Fellow (FIIA) gave a keynote address in the afternoon session on “The Ukraine Crisis and US Global Commitments”. Even though the U.S. aims to pivot to Asia, it does not mean disengaging from Europe, Nurick said. He noted that in the future the U.S. might face a situation in which it has to choose and prioritize its global commitments more effectively. That raises demands for European allies to do more. During President Obama’s first term, the administration believed Europe to be stable and that Russia would not pose a threat. They wanted to give more responsibility to allies and assist regional forces to deal with regional problems. However, the events intervened and the Ukraine crisis has changed the priorities of national security strategies, according to Nurick. He notes that Europe is still the U.S. partner of choice and the recent national security strategies emphasized the transatlantic partnership. Besides that, the U.S. has economic and political interests in Asia, and China’s rise – with its multiple dimensions related for example to territorial disputes in the East and South China Seas or China’s anti-access / area denial capabilities – raise concerns in the United States. Asian allies of the U.S. would like to see the U.S. present in the area, and the U.S. has to reassure its allies, but also China. 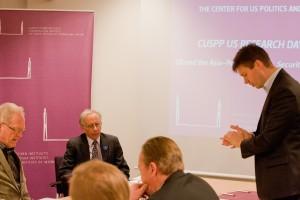 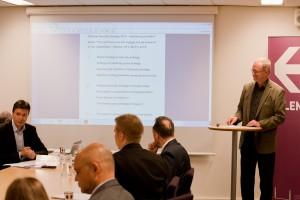 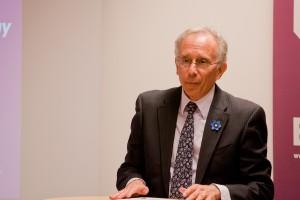