The flags-monuments-memorials controversies of recent years are well known for many reasons, their inflection points starting well before the massacre staged in Charleston, South Carolina, by a white supremacist in June of 2015 and well beyond the racist rants by Neo-Confederates on the campus of the University of Virginia, August 2017. Within the context of so many emblematic manifestations of racist violence on the American social and cultural landscape, this presentation aims to go beyond the images of “statues under forklifts,” – as significant as they will remain – and extend the frames of reference to some broadly inspiring counterpoints: Between the events in Charleston and Charlottesville, the National Museum of African American History and Culture opened on the Mall in Washington, DC, in September 2016, –and drew 1.2 million visitors during its first six months (something like 7 million to date). More recently still, the Legacy Museum and the National Memorial for Peace and Justice in Montgomery, Alabama, have begun to offer maps of resistance to racism that engage the so-called “history wars” in the U.S..

Tellingly, both in their conceptualization and their presentations, these new heritage sites connect with innovative recent memorials and museums set up around the world, linking the modern Civil Rights movement and Black Lives Matter to cosmopolitan ideals of Equal Justice and Human Rights. 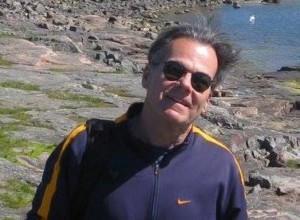 Patrick B. Miller is a Professor of History Emeritus at Northeastern Illinois University. He holds a Ph.D. from University of California, Berkeley (1987). Miller has previously held fellowships from the Spencer Foundation of the National Academy of Education, the Schomburg Center for Research in Black Culture, and the National Museum of American History (Smithsonian Institution). Miller has also held Fulbright Fellowships at the Universität Bayreuth, the Westfälische-Wilhelms Universität Münster and, most recently, as the 2016–2017 J.W. Fulbright Distinguished Bicentennial Professor of American Studies at the University of Helsinki. He is co-editor of the book series “The African American Intellectual Heritage,” published by the University of Notre Dame Press. Miller was an early consultant on one of the inaugural exhibitions at the National Museum of African American History and Culture.