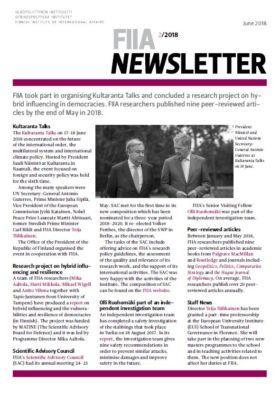 FIIA took part in organising Kultaranta Talks and concluded a research project on hybrid influencing in democracies. FIIA researchers published nine peer-reviewed articles by the end of May in 2018.