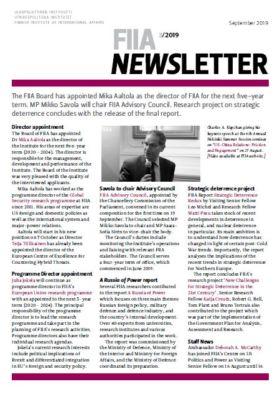 The FIIA Board has appointed Mika Aaltola as the director of FIIA for the next five-year term. MP Mikko Savola will chair FIIA Advisory Council. Research project on strategic deterrence concludes with the release of the final report.