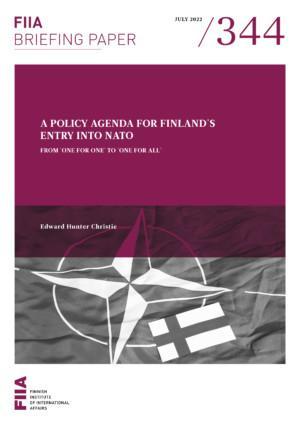 At the NATO Madrid Summit in June 2022, Allies invited Finland and Sweden to join the NATO Alliance. In preparing for its membership, Finland will need to go through a reflection process on how it intends to contribute to NATO’s core tasks and make the most of its membership.

Finland should aim to hit the ground running into the next cycle of the NATO Defence Planning Process (NDPP) and fulfil all relevant capability targets. Finland should also aim to “start strong to stay strong” on all existing NATO Pledges, notably those on defence investment, cyber-defence, and resilience.

It is typical for individual NATO Allies to seek a salient role when it comes to certain specific topics. For Finland, the Arctic (Northern Flank) and resilience seem most promising.