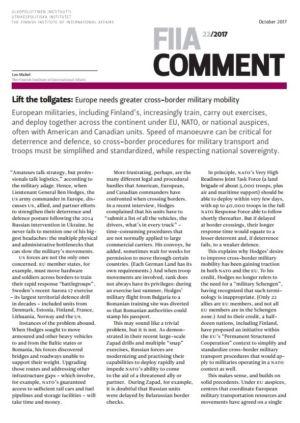 European militaries, including Finland’s, increasingly train, carry out exercises, and deploy together across the continent under EU, NATO, or national auspices, often with American and Canadian units. Speed of manoeuvre can be critical for deterrence and defence, so cross-border procedures for military transport and troops must be simplified and standardized, while respecting national sovereignty.