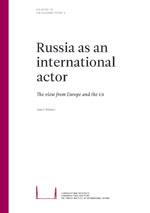 The hard-line approach taken by the Russian authorities following the December 2011 parliamentary election has led to growing consternation within the international community, while the return of Vladimir Putin to the post of President of the Russian Federation in May 2012 has generated largely negative evaluations of Russia’s political trajectory.

The material presented in this report is a symbiosis of opinions and analysis from European and USresearchers and practitioners dealing with these questions, following roundtable discussions held in Finland in January 2013 and in the USin April 2013. The report highlights the main issues raised during the course of these discussions.