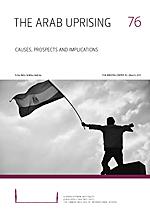 The popular uprisings in Egypt and Tunisia have been triggered by a combination of deteriorating living standards and growing inequality (an economic deficit), a lack of political freedoms and public accountability (a political deficit), and the alienation of the demographically dominant age cohorts from the political order (a dignity deficit).

While similar conditions exist in a number of Arab countries, socio-economic indicators suggest that the intensity of these deficits varies considerably across the Arab world. As a result, the nature and shape of protests across the region might differ.

However, protests across the region have also been driven by a powerful “contagion effect” working on an ideational and emotional level. This contagion has been facilitated by satellite broadcasters, mobile phones, the internet, and new social media tools that elude government control and helped create new cleavages and loyalties.

The outcome of the mass protests is likely to vary in accordance with the nature and level of cohesion of the incumbent regimes and their ability to maintain their monopoly on the use of force. While in some cases this might lead to a democratic transition from the bottom up, in other cases the outcome may be more gradual top-down reforms, a government crackdown on protestors or even a disintegration of the state.

On a systemic level, the Arab uprising will create a new political and economic reality in the Middle East and transform the regional balance of power. While Western influence in the region will inevitably decline as a result, the Arab revolutions also have an undeniable potential to enhance regional cooperation, reduce the appeal of terrorism and help break the current deadlock in the peace process.