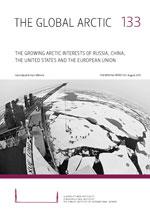 With exciting economic opportunities and serious environmental challenges, the Arctic is transforming and re-emerging as a geopolitically important region.
Major global players within and without the Arctic are paying greater attention to the region.
While Russia is a traditional Arctic state with significant economic and security interests in the region, China, the US and the EU have also expressed their Arctic interests more explicitly. They are keen to tap into the economic potential and have a say in the way the region becomes accessed, exploited and governed.
As a result, the Arctic is no longer a spatially or administratively confined region, but is instead taking its new form in the midst of contemporary global politics.
The globalization and economization of the Arctic will most likely downplay environmentalism and reduce the relative influence of the indigenous people and small Arctic states in Arctic affairs. Arctic governance is also likely to turn more complex and complicated as the economic and political stakes are raised.
Categories:
Arctic region China European Union Russia United States en FIIA Briefing Paper