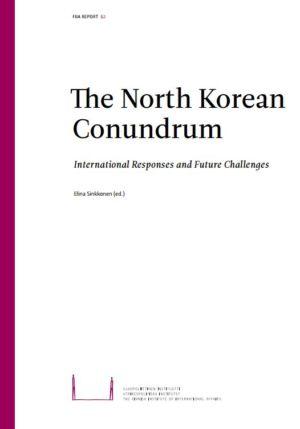 The North Korean threat for global security is growing. This report provides an overview of the so-called North Korea problem and discusses the main options that the international community has at its disposal for dealing with it. The pace and intensity of North Korea’s military technological development have surprised pundits and scholars worldwide. This study examines the North Korean threat from three main perspectives: the military threat its weapons of mass destruction programmes pose to neighbouring countries and the US; the threat caused by illicit means of financing the regime, including weapon sales; and the threat the North Korean political situation poses to its own people due to the dire human rights situation in the country. More precisely, this report analyses how different great powers, regional actors and scholarly communities perceive the North Korea problem and range of available solutions. The analysis also highlights those aspects of the North Korean conundrum that are often overlooked, namely the regional dimension and the connectedness between the nuclear issue and human rights. The way in which the international community manages or fails to respond to the multiple aspects of the North Korean threat reveals a great deal about how well the community functions, and how the great-power dynamics are evolving.

The US in the Asia-Pacific: Continuing rebalance towards a region in flux

Beyond a war of words? Assessing tensions on the Korean peninsula