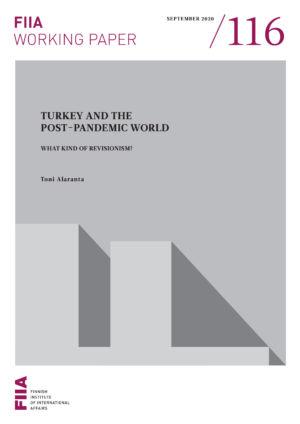 This study analyzes Turkish foreign policy narratives generated by the Covid-19 pandemic, and their intellectual and political context provided by Western debates. The approach is based on the assumption that the narratives about the pandemic provide an interesting window through which to observe the long-term fears and hopes concerning international politics in Turkey. The study utilizes Steven Ward’s conceptualization of distributive and normative revisionism as a theoretical framework for analyzing Turkey’s increasingly assertive foreign policy. It also discusses the analytical limits of this concept by introducing the idea of revisionism as a familiar narrative trope in Western International Relations scholarship. The study demonstrates that while Turkey remains loosely attached to its traditional commitment to defend the existing order, it increasingly expresses its dissatisfaction within that order, sometimes pushing it to the limits, and taking action that could even be defined as normative, or radical, revisionism.

Turkey’s Republican People’s Party and the EU: Preconditions for EU-Turkey relations in the secular-nationalist vision