Approaching year five of the Arab upheavals, the outlook has dramatically changed. Early euphoria, leading to the euphemistic misnomer Arab “Spring”, has widely been replaced by a more realistic and sobering assessment: domestic tensions, civil strife and Islamist militancy appear as dominating features shaping the political reconfiguration. Libya is sliding into chaos, Syria trapped in a downward spiral of violence and the Iraqi state structures put to the test. However, confirming an exception to the rule, the democratic trajectory in Tunisia follows a functioning roadmap. On the other hand, the aborted Egyptian transformation portrays authoritarian resilience at its best, as well as interested interference of major regional players. Will a democratic transformation be able to set the agenda against all odds, or are parts of the region developing into a serious liability?

Dr Perthes is Executive Chairman and Director of Stiftung Wissenschaft und Politik (SWP), German Institute for International and Security Affairs in Berlin. He received his doctorate from the University of Duisburg, held different teaching positions, and is currently also Professor at Humboldt University Berlin and Free University of Berlin. He serves on various national and international bodies, e.g. as Chairman of FIIA’s Scientific Advisory Council.

Dr Murphy is an expert in the field of democratic development, with specific focus on strengthening parliamentary institutions. He has provided expert advice to parliaments throughout Africa and Asia, as well as conducted major reviews and policy development for the United Nations and the European Union. Murphy received his PhD in Management from University of Cambridge.

Dr Stacher is the author of Adaptable Autocrats: Regime Power in Egypt & Syria (Stanford UP, 2012). He was a Fellow at the Woodrow Wilson International Center for Scholars during 2012-2013. He is a regular contributor to and on the editorial board of MERIP’s Middle East Report. He is also a founding member of the Northeast Ohio Consortium on Middle East Studies. He earned his PhD at the University of St. Andrews.

Dr Juha Jokela, Programme Director at the FIIA, opened the seminar by reminding that although the crisis in Ukraine is dominating foreign and EU policy debate, it is equally important to focus on the EU’s southern neighbourhood. The FIIA has recently been able to strengthen its expertise on the region through three researchers with expertise on the Middle East. The aim of this seminar was to take a broader look at the region and to focus on the possibility of a democratic shift resulting from the upheavals and mass protests which started four years ago.

Mr Wolfgang Mühlberger, Senior Research Fellow at the FIIA, continued the introduction by saying that the goal was to try to convey an understanding of different trajectories of Arab Spring countries and for this purpose to look in depth at Tunisia and Egypt, as they both serve as interesting examples in having avoided a violent escalation of the transformation which in other countries has led to domestic strife and civil war.

Dr Volker Perthes, Director of the SWP, focused his keynote address on current challenges of the Eastern Mediterranean. He recommended policy-makers to focus on four elements, namely socio-political and socio-economic dynamics, the question of state identity, ideology and geopolitics. He reminded that at the heart of the turbulences are still local power politics, partly driven by socio-demographic factors. Social, economic and demographic indicators suggest that we are still just at the beginning of turbulences and changes which will leave no part of the region unaffected. Dr Perthes noted that the situation is least complicated where the struggle is “only about power”, while there is little doubt about the cultural or national identity, and that local struggles are always more complicated when they are overlaid by transnational ideological or geopolitical competition. Inhis third point, he pointed out that ideology in the Middle East today is mainly about what is the right form of political Islam, and that liberal and secular forms have been largely marginalised in this ideological confrontation. The fourth point was the geopolitical overlay of the conflicts of the region. In the absence of interest from most international powers to intervene, the dynamics of regional geopolitics is mainly shaped by regional actors and their position in conflicts. According to Dr Perthes we are witnessing the break-up of the regional order in which Syria and Iraq are no longer actors in the geopolitics of nation states. We are also witnessing the emergence of new sovereign entities, such as the Kurdistan regional government and the so-called Islamic State (IS). Dr Perthes argued that policy-makers have yet to grasp the reality of what IS really is, as calling it a terror militia is underestimating what is happening, since it is a totalitarian, expansionist and hegemonic state-building project. He stressed that the future expansion of this state is therefore not only a risk to regional but also to international security. Dr Perthes’ main concerns were the limited level of local resistance against this state and the lack of a compelling ideological alternative of the Sunni coalition to the IS propaganda. He recommended that the Western states help the locals roll back the IS without reordering the countries or the region at large, as the real struggles should be led by local actors. He reminded that more than military action is needed, mainly humanitarian aid, diplomatic engagement, supporting partners in the region in improving social and economic opportunities and in building inclusive political structures. Dr Perthes is not convinced that it is a realistic option to work with autocratic governments as they do not bring stability. Instead, Europeans can support countries like Tunisia who have made the choice for an inclusive political way.

Dr Jonathan Murphy, Chief Technical Advisor at UNDP Tunisia gave an overview of the transition in Tunisia since 2011 and of the UNDP mission in the country. The UNDP mission has been supporting the transition with a focus on facilitating citizen participation in the constitutional process and bringing examples of best practices to that process and to the democratic institution-building. Nation-wide dialogue sessions were organised between citizens, civil society and MPs during the constitution drafting process. The constitution proposal received a broad consensus in the parliament and it is generally accepted as a progressive and balanced document with strong human rights protections, including rights of women. In Dr Murphy’s opinion the Tunisian example showed that the dialogue was much more a struggle between perspectives and the drafting process provided an opportunity to forge a compromise between the different world views within a peaceful context. According to Dr Murphy this example shows that democratic transition is as much about trust and relationship-building as it is about the details of specific constitutional provisions. He also stressed that limiting the contours of dialogue necessarily results in exclusion. He underlined that the success of the Tunisian constitutional process is only one step in the search for long-term stability and the compromise could still break down in the future. Therefore space and processes for dialogue must be continually reinvented. Dr Murphy noted that the regional security situation together with the presence of national extremism and returning jihadists could pose a serious stability risk to Tunisia. Also the economic situation remains difficult. In Dr Murphy’s opinion overly rapid reforms to the state sector requested by international financial institutions could also pose a risk to stability, and as Tunisia is really the only example of an impressively successful transition, it should be given room to make changes gradually.

Dr Joshua Stacher, Associate Professor at Kent State University continued the presentations by commenting on the challenges of Egypt’s transition. He noted that although the Mubarak regime was an authoritarian one, it was inclusive of a lot of constituents, namely the ruling political party, the military, big security forces, a fairly large state apparatus and the neo-liberal economic reformers. The 2011 uprising caught the state off guard and disrupted its functions completely. Mubarak’s ousting brought about a big structural change and a massive transformation of politics as the military was the only faction still in place. They felt they needed a civilian partner to help with the transition, so the military and the Muslim Brotherhood began to approach each other. To respond to the demands for reform of the mobilised people, the military organised a series of elections which were not considered legitimate by the crowds who went on protesting. The state responded to this with violence and the state structures remained unreformed. When Morsi was elected president, he faced mistrust from both the state and the people. According to Dr Stacher, Morsi made a massive miscalculation in using his own group instead of the state institutions to operate. In 2013 the military teamed up with the revolutionaries and the old state apparatus to overthrow him. Dr Stacher noted that what we are currently witnessing is regime-building and none of the initial causes of the uprising are looked at. The 2011 uprising called for “bread, freedom and social justice” and these demands have not been met. Dr Stacher does not consider the current regime stable and he has a pessimistic outlook on the situation as a whole, as the society is now highly polarised, there has been an undermining of the electoral processes and the state is further fragmented.

At the end of the seminar, the audience had the chance to pose questions to the speakers. The individual questions touched upon issues ranging from women’s rights in the region to IS. 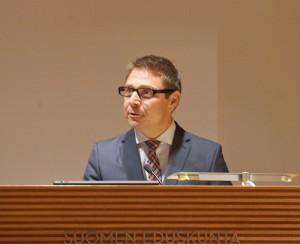 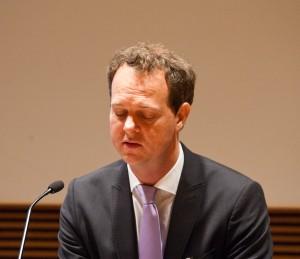 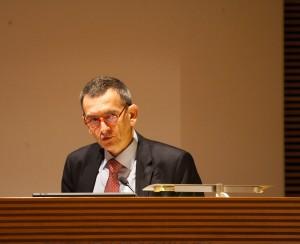 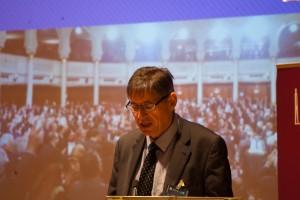 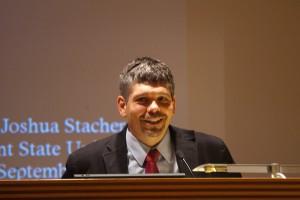