A seminar on cooperation between Finland and Estonia was organized at the House of Estates today on November 15, 2022. Prime Minister Sanna Marin and Estonian Prime Minister Kaja Kallas, as well as other Finnish and Estonian ministers, attended the event. Leading Researcher Sinikukka Saari from the Finnish Institute of International Affairs (FIIA) spoke at the seminar.

The seminar focused on the themes highlighted in “REPORT 1+1=3 – Visionary report on Estonia-Finland future cooperation” -report published in March this year. The report offers recommendations on the future development of cooperation between the two countries in areas such as the economy, the green transition, digital cooperation, culture, and education. 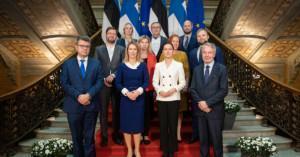 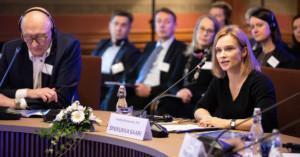