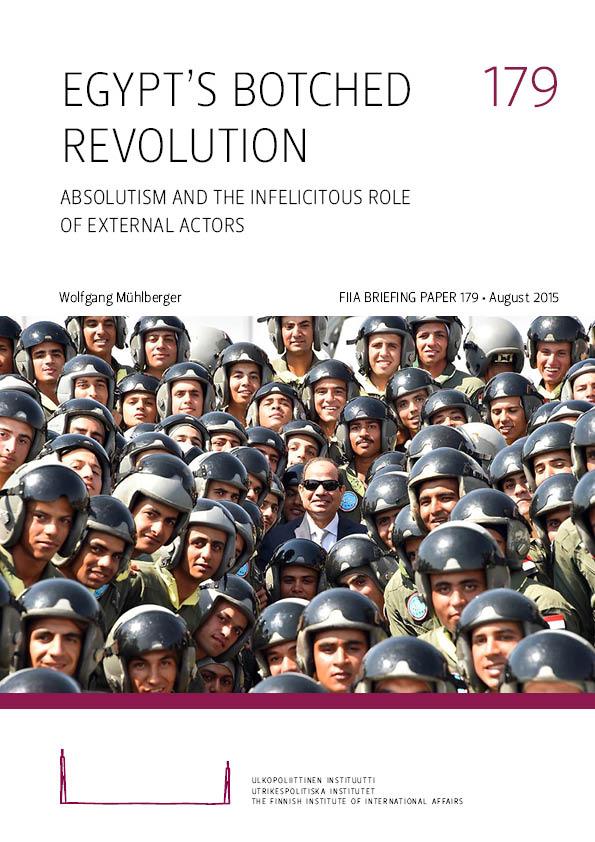 Egypt’s political transition entered a new phase with the military coup in mid-2013: pluralistic tendencies have been systematically uprooted and the Egyptian armed forces have positioned themselves as a determining political force.

Several external actors, driven by a diverse set of interests, have a stake in this process. The EU tries to accommodate its own ideals of open societies with emerging threat perceptions. The US position is dominated by hard security considerations based on military cooperation with Egypt. The Gulf monarchies, on the other hand, need a firewall against non-authoritarian political systems and the Muslim Brotherhood alike.

Since the military coup, a patriotic discourse on foreign interests weakening the nation rose to the fore, fully embraced by Egypt’s mainstream media and shaping public perceptions of external influences.

In practice, no external player genuinely supported a democratic transition, due to uncertainty about Egypt’s political stability. The EU’s stance was also affected by lack of influence and reluctance to use existing leverage, while for the pro-authoritarian Gulf countries it was a matter of principle.

The Gulf monarchies play a pivotal role through their financial support of the Egyptian government. Yet this aid is tied to substantial political dimensions: the Gulf countries have strategic regional goals related to the Muslim Brotherhood, Iran and, more generally, an anti-pluralistic attitude.

Eventually, anti-Islamist, regime stability and hard security considerations have been conflated, both domestically and internationally, resulting in the persecution of the entire spectrum of political opposition in Egypt.