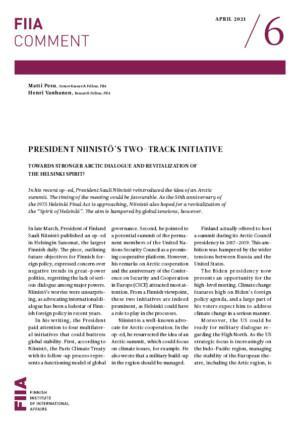 In his recent op-ed, President Sauli Niinistö reintroduced the idea of an Arctic summit. The timing of the meeting could be favourable. As the 50th anniversary of the 1975 Helsinki Final Act is approaching, Niinistö also hoped for a revitalization of the “Spirit of Helsinki”. The aim is hampered by global tensions, however.