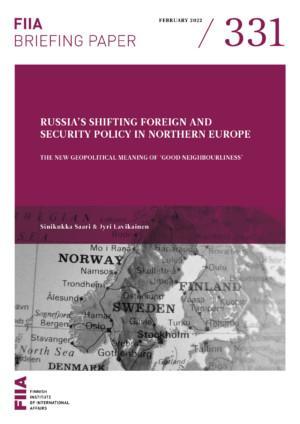 Since the start of Putin’s third presidential term in 2012, geopolitical competition has also become rooted in the Nordic region, and small states’ room for manoeuvre in security policy has shrunk.

In Russia’s view, maintaining ‘good neighbourly relations’ is primarily the responsibility of small states that always need to negotiate the limits of their sovereignty with great powers, such as Russia.

From the Nordic point of view, the relations may require walking on eggshells. Prior to 2014, Norway was often mentioned among Russia’s ‘good neighbours’, but now Russia regularly calls off its policy of ‘reassurance and deterrence’.

There are increasing signs that, in Russia’s view, a ‘good neighbour’ should refrain from extensive security collaboration and training with NATO and the US. Hence, Finland and Sweden cannot wholly avoid political tension with Russia merely by staying outside of the Alliance.

Russia and European security: Before the storm