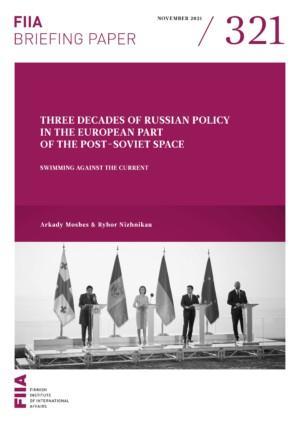 The successful pursuit of Russia’s great-power status and its recognition by the West imply the preservation of pre-eminent positions, above all in the European part of the post-Soviet space.

Since Vladimir Putin’s rise to power, the Kremlin has been making a consistent effort to reverse the earlier trend towards the weakening of Russia’s regional stance. One of the implications of this policy was the shift of the Russian-Western competition in the “common neighbourhood” towards an open stand-off after Russia’s annexation of Crimea in 2014.

Russian regional policy has run counter to structural changes that could not be counter-balanced through activism, whether enticing or coercive. As a result, 30 years since the dissolution of the USSR, Russia’s regional influence as well as its attraction as a societal role model and a security provider are continuing to erode.

The Belarusian Revolution of 2020: Afterword