UPI had the pleasure to host a Round Table session with Professor Eyal Zisser, the Director of the Moshe Dayan Center for Middle Eastern and African Studies and the Head of the Department of Middle Eastern and African History in the University of Tel Aviv. Prof. Zisser gave the participants his analysis on the current situation of Israel’s neighbourhood with an emphasis on Syria, its relations with Israel and the situation in Lebanon.

On the tensions between Israel and its neighbours, Zisser noted that there is general readiness for peace between Israel and Syria but there has to be ‘hunger of peace’ in order for this to be achieved. He expected no escalation on the Israeli-Lebanese border but reminded that fateful miscalculations on both sides—Hizbollah, Israel—are possible. Also an American attack on Iran in the next year would lead to an escalation on the Lebanese border.

According to Prof. Zisser, the forthcoming presidential elections (25 Sept.) in Lebanon will be crucial for the stability of the country. Zisser believed that compromise in the indirect elections will be found and that there will be no escalation of tensions between the rival groups. However, no candidate will solve the problem of the ‘struggle over Lebanon’. The struggle between the Maronites and the Sunnis of the past has been surpassed by the growth of the Shia community which is now the leading community. As a consequence, all other parties have now united as a response to the ‘rise of the Shia’ in Lebanon. According to Zisser, no-one in Lebanon desires for a new war. In any case, the struggle for power will remain as a central topic in Lebanese politics. Demographically the Shia are winning.

In the 1990’s the two major Shia groups, Amal Movement and Hizbollah were still competing but with the help of Iranian funding Hizbollah has been able to take the leading position in the community. Hizbollah, according to Zisser, is in the game for domestic influence. External funding has allowed it to build schools and hospitals among other things in order to win public support. At the moment, Hizbollah is militarily strong. It has been rearming and it has broken UN resolutions 1559 and 1701 which call for disbanding and disarmament of all Lebanese and non-Lebanese militias. The Israeli attack on the Osirak nuclear reactor in Iraq in 1981 served as one of the reasons for Iran to start building and strengthening Hizbollah in Lebanon. Hizbollah is now stronger and more advanced than Egypt’s and Jordan’s armies. However, it is politically in decline because of the Sunni-Shia divide which is now being taken into account in the entire region.

Syria and its regional role

Syria’s president Bashar al-Asad has completed seven years in office and he has managed to establish himself in power, although he is not as strong as his father, the former president Hafez al-Asad. Zisser explained president Bashar’s success with the fact that the other option, the Islamists, do not attract the mostly secular population of Syria. Neither is an US-led ‘liberation’ seen as a viable option after the war in Iraq and the floods of Iraqi refugees to Syria.

Prof. Zisser compared Syria’s role in Lebanon to Russia’s relationship with the Baltic states. Nevertheless, in the long run, Syria and its Lebanese ally Hizbollah do not have similar interests. Syria is secular and Hizbollah religious. Another divergence is that Syria does not want Hizbollah to take over Lebanon but only to intimidate Israel.

Currently, Syrian behaviour in the region reflects the fact that it now feels itself stronger as a result of the wars in Iraq and Lebanon. There is a new era in Syrian-Iranian relations that began after the war in Lebanon in 2006 although Syria is now in the back seat of the ‘Hizbollah-Iran-Syria car’, which it was still driving in the times of Hafez al-Asad.

Both Israel and Syria are both interested in peace, said Prof. Zisser, but expressions of readiness are not enough. At the moment neither of the two leaderships is in a strong position and the third party needed to support the process, the United States, has shown a negative attitude towards negotiations. The US is needed because it is the only mediator capable of exerting pressure.

The war in Lebanon in 2006 was followed by an announcement by president al-Asad on his willingness to have peace with Israel but cautioning at the same time about the consequences of a failure to achieve this. The announcement was seen as arrogant by the Israeli side and this led to an escalation and war preparations on both sides.

In the light of the media reports on an Israeli incursion and attack on alleged nuclear installations in Eastern Syria in the beginning of September this year, Prof. Zisser’s analysis was that Israel had to have a good reason and that Syria might have had something to hide. He did not rule out the possibility of an existing Syrian nuclear arms programme. Most importantly, the lesson of this incident shown by consequent reactions on both sides was according to Zisser that neither Syria nor Israel is interested in war. The Syrian response was quiet and the Israeli government did not make comments on the issue in order not to push president al-Asad to retaliate. Zisser saw that the best way ahead would now be maintaining the border zone quiet, trying to prevent escalation and preparing the parties for ‘hunger for peace’. According to him, peace is the ultimate solution.

When asked about the success of the UNIFIL mission in Southern Lebanon, Zisser said its role is positive—for the time being. The UN mission ‘makes the life of Hizbollah difficult’. However, there are several problems: UNIFIL has no access to the villages in the region and Hizbollah has exploited this by moving its arms inside the villages. Hizbollah has also moved its forces north from the Litani river, outside the UNIFIL troops’ mandate area and it has continued receiving arms through the Syrian border over which the UN mission has no control. Zisser mentioned that it is currently in Hizbollah’s interests to maintain a low profile. Still, if it wants to get rid of UNIFIL, it will face little difficulty in doing this.

Prof. Eyal Zisser is the Director of the Moshe Dayan Center for Middle Eastern and African Studies and the Head of the Department of Middle Eastern and African History, both at Tel Aviv University. He has been a visiting professor in Cornell University and a visiting research fellow at the Washington Institute for Near East Policy. Prof. Zisser has written extensively on the history and the modern politics of Syria and Lebanon and the Arab-Israeli conflict. His books include: Commanding Syria, Bashsar al-Asad’s First years in Power (London, 2006); Lebanon: the Challenge of Independence (London, 2000). 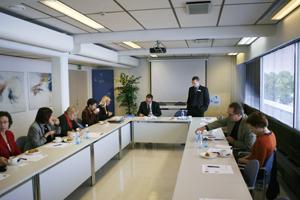 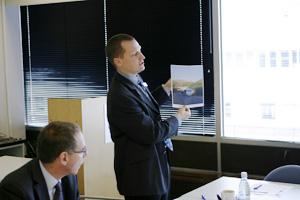 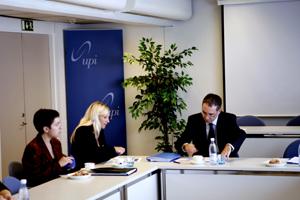