The global power structure is arguably evolving in the direction of bipolarity, dominated by a long-standing superpower (the US) and an economic juggernaut (China) that many regard as a future superpower. In East Asia in particular, the increasingly evident power-political competition between China and the US shapes region-building processes, spurring a proliferation of regional institutions, and a complex web of alliances and partnerships. This seminar and roundtable discussion will focus on Europe’s position and potential role in East Asia. Facing a “rising Asia”, can Europe sustain its ambitions to have an impact on other regions as a political player? Prof. Murray will explore the extent to which the EU is a coherent actor in Asia, the role of its integration promotion and its projection of normative power. The presentation will be followed by a roundtable discussion.

Philomena Murray is Associate Professor in the School of Social and Political Sciences at the University of Melbourne. From 2000 to 2009 was Director of the Contemporary Europe Research Centre (CERC), Jean Monnet Centre of Excellence. A former diplomat, she runs training courses on negotiating with the EU for the Department of Foreign Affairs and Trade in Canberra. She is a Research Associate of the Institute for International Integration Studies at Trinity College Dublin. She is a Visiting Professor in the International Relations and Diplomacy Studies Department at the College of Europe, Bruges and an Associate Research Fellow at UNU-CRIS (United Nations University – Comparative Regional Integration Studies), Bruges. She is an Adjunct Senior Fellow of the National Centre for Research on Europe at the University of Canterbury. Her research interests are in EU-Australia relations; EU-Asia relations; EU governance and comparative regional integration. 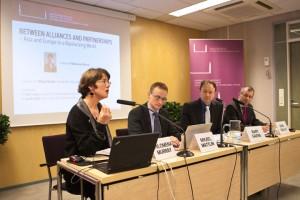 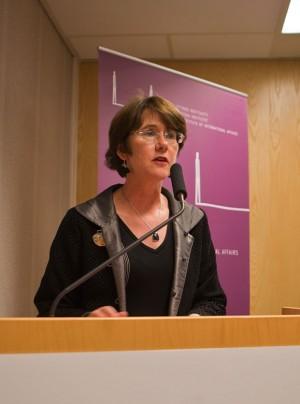