For generations, the worldviews of Indigenous peoples have been pushed aside in discourses of nature preservation and conservation. In creating protected spaces of nature, nation-states have built their management strategies on Western notions of wilderness preservation and thus “the way of being” is based on Euro-American worldviews. While national parks serve as important sites of cultural heritage and nature protection, they are also colonial constructs and can represent loss of traditional homelands and cultural heritage to the many Indigenous peoples who previously inhabited these now bordered spaces of nature. Despite ongoing problems, during the past decade there have been efforts to develop more inclusive policies and practices through collaboration between Indigenous peoples and non-native administrators. This shift in Indigenous engagement provides scholars a new opportunity to investigate their role within nation-states and conservation.

Andersson’s presentation will approach the topic from a cultural standpoint, using current methodologies that highlight indigenous agency and decolonization methods. It is part of a larger project that investigates examples of successful collaborations between indigenous peoples and non-native stakeholders of protected spaces of nature as forms of re-indigenization. 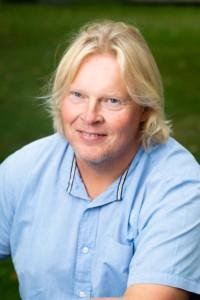 Dr. Rani-Henrik Andersson served as the interim McDonnell Douglas Chair, Professor of American Studies at the University of Helsinki Finland during 2014-2016. He was recently appointed Associate Professor of North American Studies and a CORE Fellow at the at the University of Helsinki Collegium for Advanced Studies. He is the author or editor of nine books including the Lakota Ghost Dance of 1890 (University of Nebraska Press, 2008). His most recent book A Whirlwind Passed Through Our Country: Lakota Voices of the Ghost Dance focuses on Lakota accounts of the Ghost Dance and the Wounded Knee Massacre (University of Oklahoma Press 2018). One of his current projects is entitled “Traditional Indigenous Ecological Knowledge, Re-Indigenization and Protected Spaces of Nature”. He is currently writing a new book on Lakota history and culture.