A year has passed since the emotional final plenary of Copenhagen, and it is time to try to infuse the global climate talks with new momentum in the Cancún meeting in Mexico. While there is some optimism to achieve a “balanced packet of decisions”, also doubts towards the whole of UN climate diplomacy have been raised. The European Union is preparing for two weeks of difficult negotiations. The afternoon part of this seminar analyses the recent developments in the United States and emerging economies such as China, India, Brazil and South Africa. Is the US ready for climate action? Will the BASIC climate alliance hold?

, Director of the Finnish Institute of International Affairs, welcomed the speakers and audience to the seminar, before reflecting on changes to the core agenda of international politics.

Minister of the Environment Paula Lehtomäki took the floor first. Ms Lehtomäki stated that a year ago in Copenhagen the aim was to achieve a legally binding global agreement, but that this year no agreement is expected, and instead there is hope for a ’balanced packet of decisions’. Ms Lehtomäki went over the events of the year that had seen the credibility of the Intergovernmental Panel on Climate Change (IPCC) challenged and the UNFCCC’s ability to deliver a deal questioned. In Cancun, mitigation pledges won’t be an issue. When pressed on the EU’s role in the negotiations, she replied that progress can’t be achieved alone, and it needed also other parties to be ambitious. Furthermore, the climate negotiations should produce official decisions this time around, as further deadlock would call into question the entire legitimacy of the multilateral negotiating process.

Shane Tomlinson, Director of Development at E3G, explored the possible outcomes of Cancun and in particular how the EU could influence proceedings to achieve the best possible outcome in Mexico. This would mean balanced progress in the Kyoto Protocol and long-term cooperative action (LCA) negotiating tracks is important. For LCA-track, the financial and MRV-related (measurement, reporting and verification) issues are of particular importance. Tomlinson stressed that the EU has traditionally played an important role in climate change negotiations, and it will continue to build bridges and promote the talks, for example by collaborating with emerging economies. For the EU, it would be important to be able to reach fast strategic decisions on important issues

Kristian Tangen of Point Carbon gave the last talk of the morning session. He presented the global carbon market situation and in particular the EU’s emissions trading opportunities and the future challenges and lessons. Tangen said that effective and uniform implementation of the global market is still under construction. Effective trading requires size and credibility, and therefore it is important that the international carbon market also encourages private demand – for example Clean Development Mechanism (CDM) projects. It must, therefore, ensure that the international emissions trading works well enough that the emission reduction targets are maximized. Concerning border tax adjustments, Tangen said it is not worth the hassle, as there is currently no problem with leakage.

The afternoon session focused on the U.S. and the so-called ‘BASIC’ countries (Brazil, South Africa, India, China), and their role in the international climate negotiations.

Johannes Urpelainen, of Assistant Professor at Columbia University, laid out the United States’ situation and concluded that the United States’ ability to participate in international agreements is limited by domestic politics. Following Republican victories in the mid-term elections, climate legislation is now years away. However, progress is continuing at the state level, with, for example, California maintaining its climate policies. However, Urpelainen questioned whether the country can achieve emission reduction targets without legislation. Additionally, the economic downturn from which the U.S. economy is still recovering, does not help the situation.

Marie Olsson and Karl Hallding, from the Stockholm Environment Institute, provided background and analysis on the BASIC countries, stating their relevance to climate change. China has over-taken the U.S. as the world’s largest overall emitter. As a group, BASIC had begun to hold regular meetings on climate issues before Copenhagen, despite these being very different countries with largely different interests. These countries agree, however, that the developed countries have the main responsibility for climate change, and therefore binding targets will apply only to them. One of the key questions on the agenda of the BASIC is that of equity. Conversely, developed countries consider it vital that the emerging economies such as China and its domestic unilateral policy measures are subject to internationally defined monitoring (MRV/ICA). However, China especially is against making itself open to international observers.

Antto Vihma from the Finnish Institute of International Affairs said that the G77 group of developing countries calls for the halting of global warming with the continuation of the Kyoto Protocol. Consequently, binding obligations would not be required of them (nor the United States). Anna Korppoo, Director of the Environment Programme at the Finnish Institute of International Affairs, said that Russia, like the U.S. has to concentrate on national circumstances commitments, but expects them to push towards a single legally binding agreement. Sirkka Haunia of the Ministry of the Environment said that the constructive cooperation between developing countries is high, and the EU is now seeking to establish partnerships with them.

During the final discussion, it was stated that the BASIC countries are investing in climate protection more seriously than many of the new EU countries. The use of bio energy in Brazil, and wind and solar power in China and India represent ambitious climate change strategies. The rising economic powers are also aware that their growth will slow unless they reform their energy policies. Also, technology potential and cost-effectiveness should be developed to reduce greenhouse gas emissions in the short and medium term, rather than resorting to quick and cheap emissions reductions.

Financial issues have an important role in the climate negotiations. The main issues relate to funding for the next few years (fast-track finance), longer-term funding and financing verification of measures (MRV). Developing countries in particular want certainty in longer-term funding levels and sources. Developing countries are also hoping that as much of the money should come from public sources, rather than the private sector. 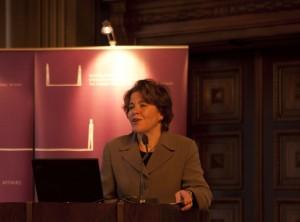 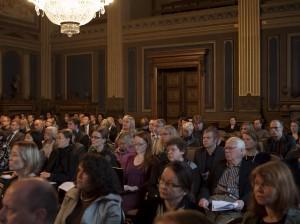 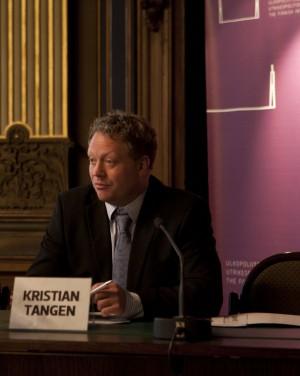 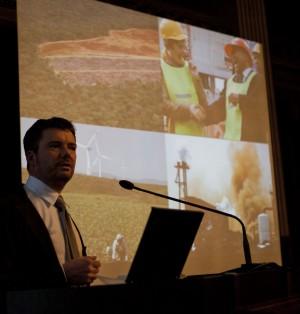 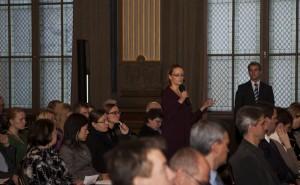